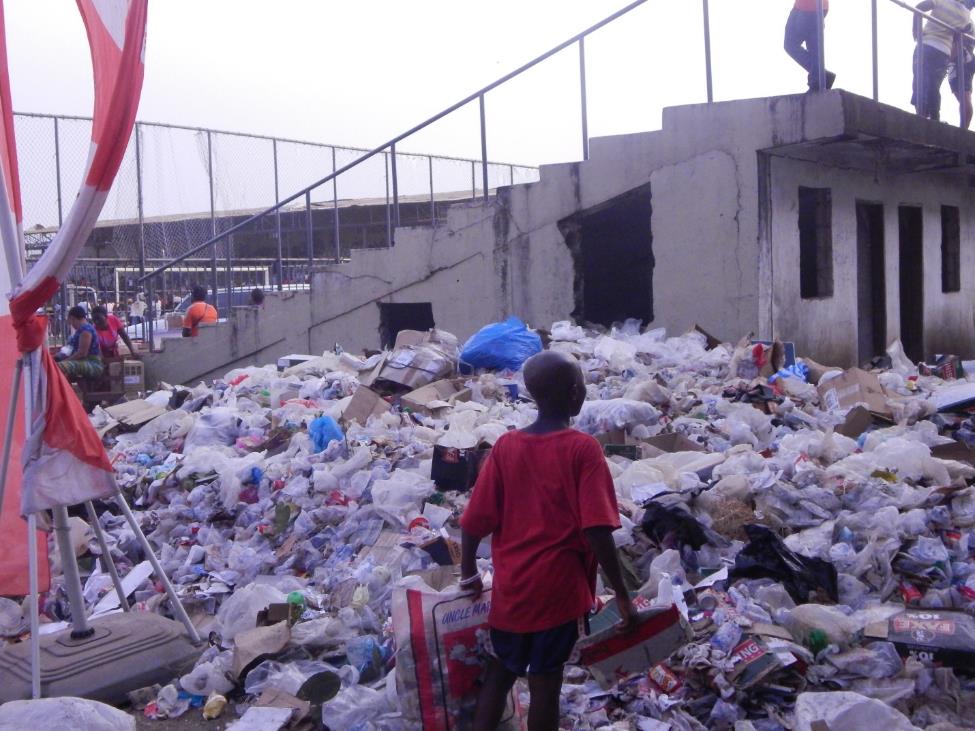 MONROVIA, Montserrado â€“ Less than a year after its renovation, Liberiaâ€™s second most prestigious sporting stadium, the Antoinette Tubman Stadium, is entering a dire state as a result of poor management.

The stadium, which is managed by the Liberia Football Association, has become the official dump site for the residents of the Lynch Street, UN Drive, and PHP communities.

With the Samuel Kanyon Doe Sports Complex under renovation, ATS is the primary venue for several Liberian football activities. The small stadium serves as the home stadium for 10 of the 12 Liberian first division teams and several second division clubs.

The dirt dumped inside the stadiumâ€™s facility is not the only worrying problem at the stadium. Rainfall has been another big issue. Prior to Liberiaâ€™s 2018 FIFA World Cup qualifier against Cote dâ€™Ivoire on Nov. 13, 2015, the roof above the VIP section was ripped off following a heavy storm. The panel has yet to be repaired, even though the stadium continues to host several football matches. The roof above the VIP section has yet to be repaired. Photo: T. Kla Wesley, Jr.

Currently, the ATS serves as the venue for quarterfinals, semifinals and championship matches for the football and kickball categories for the ongoing Liberia National County Sports Meet.

Meanwhile, the stadiumâ€™s manager, Titus Vensieh, has refused to comment on theÂ situation or provide any explanation for the state of the stadium, after several attempts to reach him.