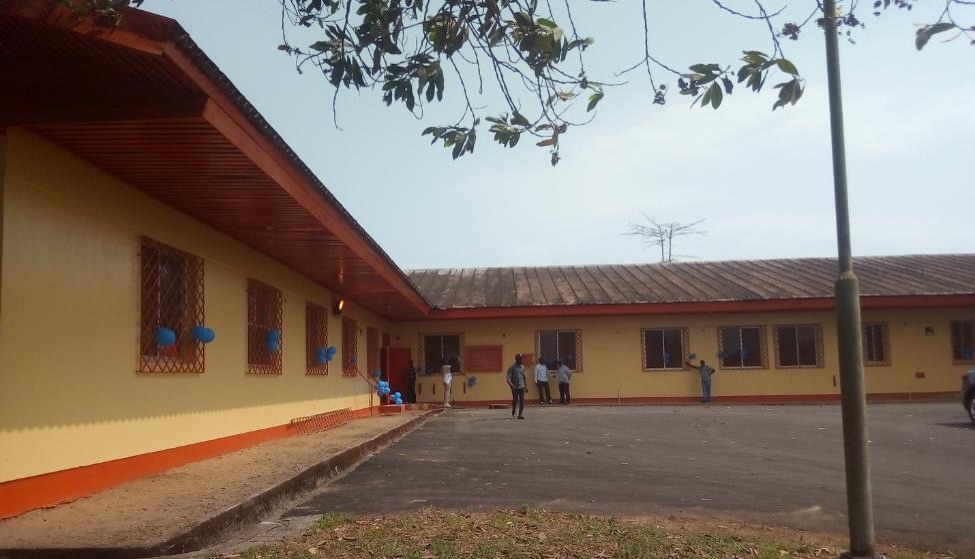 BUCHANAN, Grand Bassa â€“ ArcelorMittal has turned over the newly refurbished right wing of its hospital in Buchanan to the Liberian government, after negotiations with county authorities.

In March last year, parts of the only government-owned referral hospital in the county was gutted by fire. Soon after, the countyâ€™s leaders approached ArcelorMittal to use a portion of the mining giantâ€™s private hospital and the company agreed.

The Liberian Government Hospital has since been operating from the two areas â€“ the ArcelorMittal hospital wing gave the government its main office at Kilby Street.

Last weekend was the official ceremony marking ArcelorMittalâ€™s turnover of the facility to the government. Speaking at the program, the CEO of ArcelorMittal Liberia, Scott Lowe, said he was proud that the company could assist the government in improving the countyâ€™s health system.

â€œSafety and health are very important values in our company; we work very hard preventing people from being injured, promoting and looking up to their health â€“ so that is why it is an important day for us to celebrate,â€ Lowe said.

He added that ArcelorMittal was pleased to extend its assistance to the broader community and to be a good corporate citizen. He expressed hope for a close and long relationship with the government in the future to strengthen the health system.

The program manager of Eye Care Services at the Health Ministry, Dr. Joseph Kerkula, represented the government during the ceremony and thanked the mining company for its effort.

â€œIn a very special way, Iâ€˜d like to say a big thank you to the ArcelorMittal family â€“ especially to the CEO for the commitment in ensuring that this facility is refurbished up to standard to be used to strengthen the health care delivery system of Liberia,â€ Kerkula added.

Kerkula noted that the facility would also be used to provide basic eye care services to the people Margibi, Grand Bassa, and River Cess.

â€œIt is very difficult to have a specialized care in most of our sub-national hospitals, so if you look at Liberia for instance, we have lots of blind people who donâ€™t have the right to sights â€“ and actually, the restoration of [the] visually impaired is a right of everybody. So to be able to use this facility for this purpose, I think it is a great step forward in the right direction,â€ he said.

Lions Clubs of Liberia is also planning to invest over US$400,000 into the eye care clinic that will be hosted at the newly renovated facility. The organizationâ€™s grant administrator, Dickson N. Doe, said the eye care facility would soon begin serving patients.

He noted that, with the eye care clinic in Grand Bassa, Lions Clubs would now be sponsoring two eye care facilities in Liberia, with the first being at the John F. Kennedy Memorial Medical Center.

Also speaking during the handover ceremony was Grand Bassaâ€™s Superintendent Janjay Baikpeh, who drew attention to the difficulty the county had faced when the government hospital was burned.

He told ArcelorMittal that the Liberian people were grateful to the company for its assistance.

15 mins ago by Ida Reeves