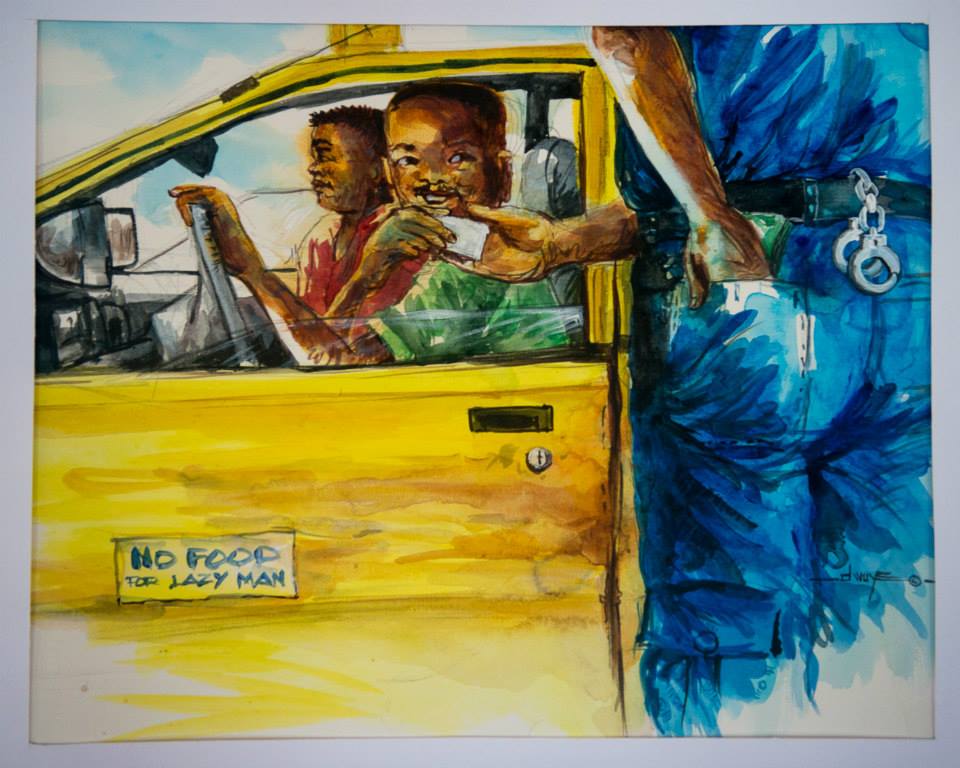 The program took place on Friday, June 26 at the National Museum under the theme, â€œLiberiaâ€™s Quest for Integrity.â€ The artists, most of whom were members of the youth, said they saw art as crucial to shift the minds of young people in order to serve as agents of positive change in Liberia.

According to Appleton, whose work was featured, many young people have these artistic abilities but they often lack support. â€œWe have talents and skills but thereâ€™s no encouragement from those who have the money to improve our work,” he said.

Appleton continued, â€œWhen we get the support from people, this will help us do more in our work. But for now, more people donâ€™t have time for it and this is very important for the young people.” He suggested that the professions in the arts are not respected in Liberian society, therefore some elders steer the youth away from pursuing those careers, in favor of jobs in healthcare or business. â€œI donâ€™t want for people to be deterred [from the arts],â€ Appleton said.

He called on the government to pay more attention to the industry. Appleton himself is already taking action, as he is in the late stages of plans to establish an art school for children. Lawson, the only female featured in the exhibition, said she grew up in an artistic family. â€œI started since 1999, making my own paintings as they [would] flow through my mind,” she said. Lawson said she has integrated art in so much of her life that she has â€œso many designs in my phoneâ€ of projects on which she plans to work. Best said it would take a collective effort by all Liberians to support and grow the art industry. He emphasized the need to educate the youth on the importance of art. â€œSchools administrators need to start developing their studentsâ€™ minds and talents, which will expose them to opportunities,” he said.

Best encouraged parents to teach their children the countryâ€™s culture and languages, which he said will open their minds to Liberia’s norms and values.

He anticipates the day when every county will produce a cultural village in which ancestral arts will be displayed and Liberians will love their own product. He called on the government and all Liberians to prioritize the Liberian artistic work to improve the industry.