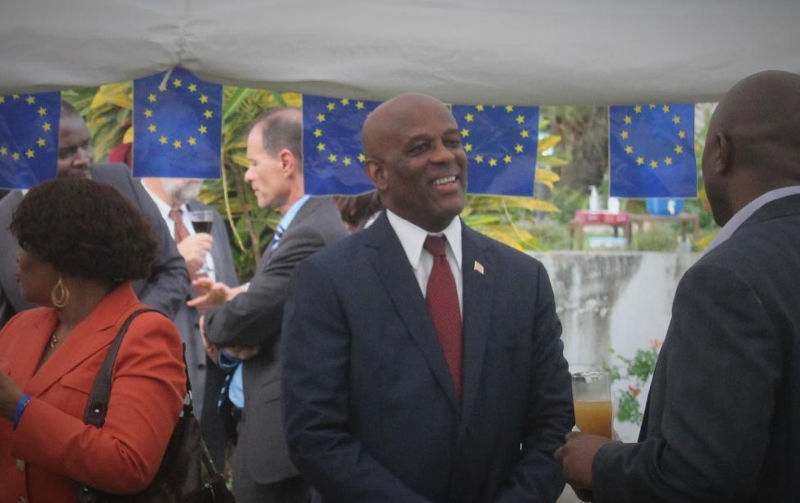 MONROVIA, Montserrado â€“ Ahead of political campaigning next month for the October elections, a resurgence of the Congo-native divide is taking a major stage as a trending issue in the elections.

Like tribalism, the conflict between natives and the so-called Congos is believed to be a major contributing factor in the countryâ€™s problems, including its civil strife.

The term â€˜nativeâ€™ or â€˜countryâ€™ refers to descendants of ethnic groups who were already in the space known as Liberia at the founding of the nation. â€˜Congoâ€™ has now become an all-encompassing term for Liberians who are descendants of settlers from America (known as Americo-Liberians), along with other groups of migrants from the Caribbean islands, in addition to captured freed slaves who were sent to Liberia.

For most of Liberiaâ€™s history, the economy, culture, and political scene has been dominated by the Congos. The 1980 coup marked the beginning of the decline in the dominance of the Congos.

Ahead of the 2017 elections, some politicians and their supporters claiming to have native backgrounds are arguing it is now their time to lead, because of the marginalization their kinsmen have suffered at the hands of the Congos.

A political marriage earlier announced to have been sealed between the All Liberian Party of businessman Benoni Urey and the Movement for Democracy and Reconstruction of Senator Prince Johnson did not yield fruit, because of this very issue.

Johnson, who is MDRâ€™s political leader, said he is also one of the countryâ€™s key indigenous sons and a strong advocate for indigenous leadership for the country. He said it would be difficult to sustain a ticket that would be headed by an Americo-Liberian or Congo.

Johnson said, for more than 100 years, the natives have always cooperated and allowed themselves to take a secondary place in leadership.

â€œ[The Congos] are in leadership and theyâ€™re always taking country boys to be [vice presidents] to them,â€ he said.

â€œBut I think it is about time we compromise, we politically reconcile so that they can be seen under a country boy, then I would know that Liberia is moving on the right trajectory.â€

At the same time, some supporters of Vice President Joseph Boakai have cited on social media that his identity as a native is a reason for their support of his presidential bid.

One of several lawmakers who recently announced their support to Boakai, Representative Larry Younquoi of Nimba, told a Truth FM interview that supporting the vice president would provide more opportunities for native Liberians.

Younquoi said natives are in the majority but have been left behind for too long. He said now is the time for Americo-Liberians to be led by a native citizen.

On the other hand, officials and supporters of the Liberty Party, whose Charles Brumskine is generally viewed as having a Congo background, have continuously emphasized that the Congo-country debate is not a substantive argument. They have argued for the elections to be issue-based.

On radio and social media, partisans of the Liberty Party have strongly criticized supporters of Boakai and the Unity Party for preaching divisive politics.

However, despite such criticism, at a recent ceremony in Buchanan, Brumskine told the audience it was now time for the Bassa people to make one of their own president. While critics cited this as hypocrisy and called the gesture part of the divisive politics, Liberty Party spokespeople argued that it was a message that was made specifically to the Bassa people and if the party was campaigning in Nimba, it would similarly encourage Nimbaians to help push their kinsman to the vice presidency. Brumskine hails from Grand Bassa while his running mate, Harrison Karnwea, is from Nimba.

To make matters worse for Liberty Party, a document recently surfaced in the public linking Brumskine to preaching the same divisive politics while serving as pro-temp of the Senate during the regime of the former president, Charles Taylor.

The letter was from former Margibi senator and then chair of the Committee on Ways, Means, Finance, and Maritime, Bedell Fahn. Dated February 1998, it was addressed to the then-vice president and president of the Senate, Enoch Dogolea.

Fahn complained that Brumskine had insulted him in a manner that was demeaning to his native identity. Fahn said Brumskine threatened to remove him as chairman of his committee, for reportedly denying former Montserrado Senator Evelyn Diggs Townsend travel allowances.

â€œSenator Brumskine insulted me by saying, WHO IS A FAHN TO DENY A TOWNSEND FROM TRAVELING FROM Liberia?â€ the letter read.

â€œYOUR NATIVE PEOPLE KILLED HER HUSBAND IN 1980, AND NOW YOU; TOO, A NATIVE MAN IS DENYING HER THE CHANCE TO TRAVEL.â€

Fahn, in the letter, claimed that the action took place in the presence of his administrative assistant, David Wiles; and Senators Thomas Nimley and George Koukou.

Though the former Margibi Senator has since died, as have Nimley and Koukou, Wiles confirmed the authenticity of the document.

Although the letter claimed that Wiles was present during the altercation, Wiles said he was not in the office during the verbal exchanges between his boss and Brumskine.

He, however, said he drafted the letter as part of his duty in the office to draft all outgoing communications and receive those coming in.

â€œI was not in the office, but Bedell told me that thatâ€™s the remark Brumskine made,â€ he said. â€œThe letter on Facebook is authentic, and thatâ€™s just the truth; nothing, but the truth.â€

Fahn was removed as chair of the Committee on Ways, Means, Finance and Maritime and later expelled on October 26, 1998 by the Liberian Senate after being found guilty of violating Senate standing rules. His expulsion came as a recommendation from the Senate Judiciary Committee.

The committee, in its report, accused Senator Fahn of carrying armed soldiers into the Capitol Building. The armed men acting on the orders of Fahn broke into the office of Senator Mohammed Dukuly, who would eventually succeed him as chairman of the Ways, Means, Finance and Maritime Committee.

The Senate also accused the Margibi senator of making derogatory and unpleasant remarks against the body. His aide, Wiles, was also found guilty of contempt for allegedly refusing to honor the committee’s invitation to appeal before it. The committee, therefore, recommended that soldiers who executed Senator Fahn’s orders be court-martialed. Fahn died in October 2012 following an illness.

According to him, the letter has no place in the countryâ€™s history.

Although he did not deny the authenticity of the letter or the veracity of the information in it, Dillon said there was no hearing conducted in the Senate on the allegations made in the document.

He argued that Fahn was alive during the 2005 and 2011 elections when Brumskine contested as a presidential candidate, but he did not reference the allegations in the letter as a reason why the Liberty Party standard bearer should not be elected.

â€œBut heâ€™s dead now, and all of a sudden, a letter comes out that the Senate as a body never heard it one day,â€ Dillon said.

He said no records exist to show that the Senate received this communication, let alone that it held a hearing on the matter.

The secretary of the Senate at the time, Yanquoi Borsay, said though the letter was served to Dogolea, it was not recorded by the Senate Secretariat.

Borsay said he saw a copy of the letter when Fahn had already been expelled by the Senateâ€™s leadership.

Meanwhile, Dillon claimed that Wiles has always had a record of being against Brumskine.

Wiles, however, has said he is not a member of any political party but disclosed that he is supporting the â€œmost experiencedâ€ person in the presidential race. He refused to speak further on the current political issues.