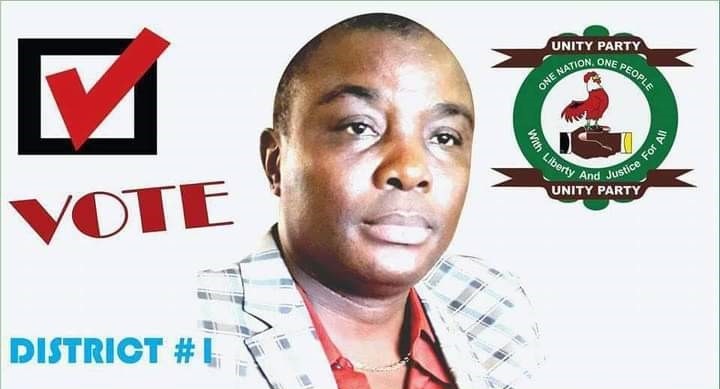 GREENVILLE, Sinoe – Rep. Crayton Duncan of Sinoe’s first district has announced that all 13 projects he promised during the 2017 election campaign would be completed and presented to his constituents by this December.

In an interview with The Bush Chicken over the weekend via telephone, Duncan said he was reinvigorated to complete these projects.

“We want to call on our people to exercise patience because right now, we are fighting COVID-19, and as a result, it has slowed down development projects in Sinoe and Liberia at large,” Duncan explained.

He recently broke grounds for the construction of a youth Center in Murrysville Township, about 9 kilometers away from Greenville.

During the 2017 election season that brought Duncan to power, he promised to provide school buses for grade school students, eliminate bad labor practices within nearby concession areas, and to make Butaw Administrative District a statutory district.

In his first three years in office, Butaw has still not become a statutory district, but the lawmaker says he is still working on that issue. On eliminating bad labor practices, Duncan’s actions have not been particularly visible or vocal when it comes to the tensions regarding labor issues in the county, even though he chairs the House’s Committee on Labor.

He did announce that he will have achieved his goal of transporting schoolchildren when he presents buses he is acquiring in December.

Duncan also used the interview to call on his colleagues at the Senate who represent Sinoe to put aside their differences and push the county’s agenda forward.

Any announcement of projects near during the election season should be viewed with suspicion, and Rep. Duncan has declared his intention to run for the county’s Senate seat in the past. He, however, later withdrew his declaration of intent. More recently, though, the representative has been making many moves in the county that suggest he may be changing his mind once again.

The candidate nomination period, when aspirants can register to be approved as candidates by the National Elections Commission, is expected to begin on September 1 and end on September 21.

Featured photo courtesy of the campaign of Rep. Crayton Duncan

Sharing
Tags Crayton Duncan
Contributions to The Bush Chicken are not tax deductible.