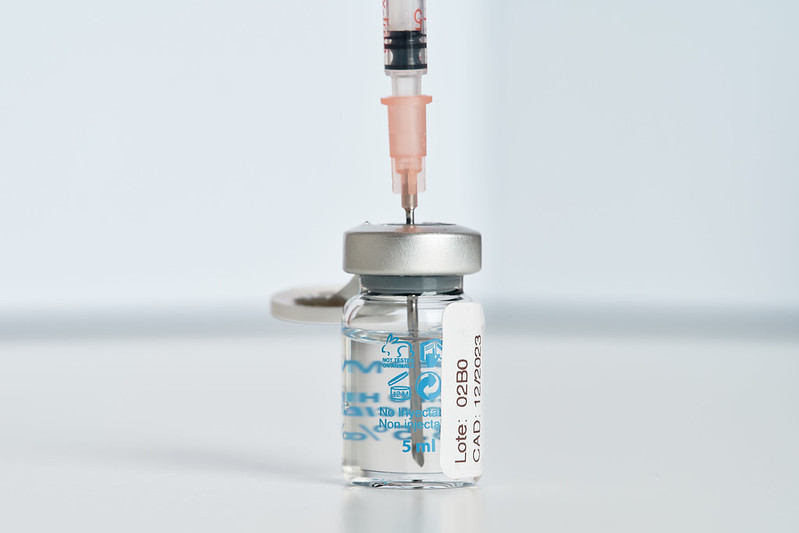 MONROVIA, Montserrado – Dr. Francis Kateh, Liberia’s chief medical officer, has disclosed that another batch of 96,000 COVID-19 vaccines is expected to arrive in Liberia within the next week to help with controlling the third wave of the pandemic.

Kateh had previously said that the Health Ministry believes that the Alpha variant of the COVID-19 virus is driving the ongoing third wave of cases in the country.

The National Public Health Institute of Liberia reported 62 new confirmed cases on June 20, along with 4 new deaths and 53 recoveries. Those figures mean that there are now 841 active cases in the country – the previous high was 558 active cases during the first wave of the pandemic in July 2020.

The increased cases are stretching the already limited capacities of health facilities in Monrovia and coinciding with overwhelmed funeral homes.

During the June 20 interview on OK FM, Kateh provided details of concerning developments.

“At the treatment unit located at Star Base on the Bushrod Island, there are 54 patients with 34 positive cases,” he said. “Of the 54 patients admitted, 42 are very severe and are on oxygen.”

Kateh said last week, the John F. Kennedy Medical Center also had to put several patients on oxygen because they had difficulty breathing, a sign of severe COVID-19.

Because COVID-19 has no specific cure and doctors only treat the symptoms, the best way to fight the disease is for as much of the population to get vaccinated as possible. On March 5, Liberia received 96,000 doses of AstraZeneca COVID-19 vaccine donated through COVAX, a global initiative to ensure fair and equitable access to COVID-19 vaccines for low and middle-income countries. Vaccination began in April, but vaccine hesitancy had played a major role in keeping many from taking the shots.

By June 15, Dr. Kateh said only 67,437 persons had received a first dose, representing 1.26 percent of the population. At the same time, only 553 persons had completed the second dose. However, as cases have surged and news of deaths has been circulating, the demand for vaccines has increased, and the Ministry of Health has begun rationing the number of first doses being given out. At the Ministry of Health’s facility in Congo Town, only the first 200 persons each day were being vaccinated. People now queue as early as 5 a.m. to be among the 200 persons allowed to be vaccinated each day.

A Health Ministry employee working with the COVID-19 vaccination program explained to The Bush Chicken that the decision to limit daily vaccinations was made to prevent large crowds.

“A single healthcare worker is not able to serve a crowd of 500 to 1,000 persons at the same time,” the employee said. “Healthcare workers have put into place [a] registration number [system] to control those coming for the vaccine.”

The employee, who spoke anonymously because they were not authorized to speak to the press, expressed irritation that members of the public waited until the surge in cases to get vaccinated.

However, the country’s chief medical officer, Kateh, has said he expects another batch of 96,000 doses of the vaccine to be in the country by the end of this week. However, those doses can only ensure that less than two percent of the population gets fully vaccinated.

During a June meeting with leaders of the Group of Seven highly industrialized countries, leaders pledged to provide hundreds of millions of COVID-19 doses to developing countries. U.S. President Joe Biden had already promised that his country would buy and donate 500 million doses of the Pfizer vaccine for distribution through the global COVAX alliance to 92 lower-income countries.

U.K Prime Minister Boris Johnson also said his country would donate 100 million surplus coronavirus vaccine doses within the next year. However, most of these pledged vaccine doses may not come soon enough.

“The U.K. will donate 5 million doses by the end of September, beginning in the coming weeks, primarily for use in the world’s poorest countries,” Johnson told world leaders at the summit.

Featured photo by The Focal Project