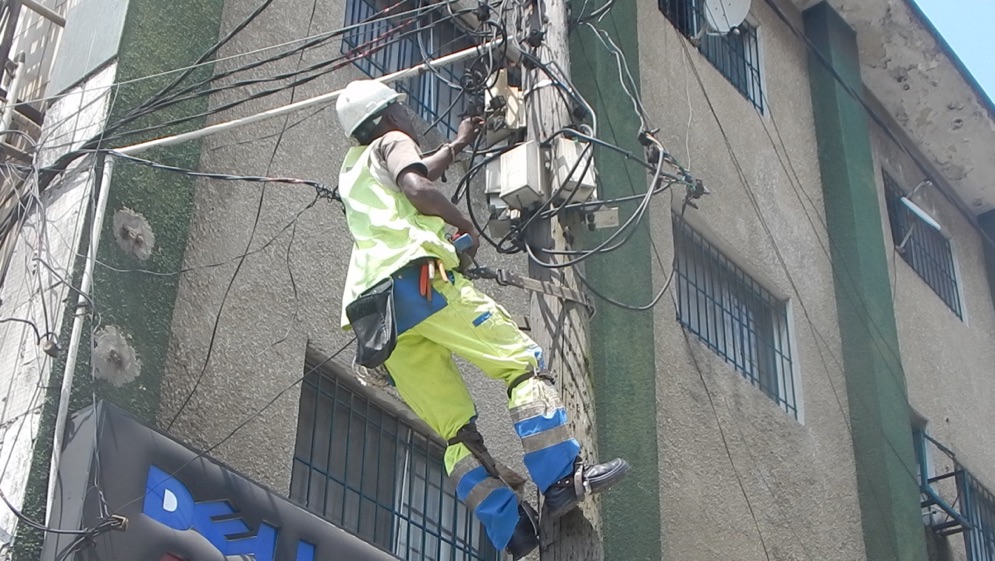 CONGO TOWN, Montserrado â€“ A few days before Christmas, residents of a part of the Old Road community of Chugbor heard loud sparks from their transformer. These were accompanied by an immediate blackout for all homes connected.

After some time, the street lights came back on and a few homes would receive power for a few minutes and then get disconnected. Unknown to residents, that on-and-off show, which some liken to Christmas lights, would continue for the next four weeks. Later, the lights would go off completely.

Chugbor residents unable to afford a generator and purchasing fuel every night would spend the holidays sleeping in heat and without lights.

During this time, the Liberia Electricity Corporation left its customers both literally and figuratively in the dark. LEC did not call or text its customers to let them know when the issue would be fixed and power returned to the community. Additionally, there were no posts on the companyâ€™s Facebook page or its website to provide any reassurance.

The poor customer service, when combined with prolonged outages, have often led residents to take to the streets in protest. On November 12, for example, Jallah Town residents who were fed up with going months without electricity blocked the crucial Jallah Town Road, the only other way to enter Central Monrovia from Congo Town beside Tubman Boulevard. LEC caved and restored electricity.

Three days later, residents of Paynesvilleâ€™s Police Academy community took a page out of the Jallah Town playbook and disrupted traffic by setting up roadblocks to protest their own prolonged power outage. Their situation was resolved only after theÂ Liberia Electricity Corporation promised to restore their powerÂ within nine days.

In Caldwell, residents started a violent protest, fed up that high-voltage wires from the Mount Coffee Hydro Plant passed through their communities to serve other areas. They burned tires and obstructed the flow of vehicles.

These intense reactions stem from the utility that being connected to a functioning grid offers. The cost of operating for small businesses can be drastically reduced and the opportunity for selling refrigerated products can offer struggling families additional sources of income. Overall, when LEC supplies steady power to communities, homes can pay significantly less for round-the-clock access to power, as opposed to the limited time community-supplied power or a personal generator would be able to run for.

Kpargoi said residents of the community needed to identify those involved with power theft to allow LEC to â€œdisconnect the illegal customers, which could reduce the load on the transformer.â€

LEC has been hammering the message of the prevalence of power theft. John Ashley, the corporationâ€™s chief executive officer, told a news conference on December 7, 2018, that LEC was losing US$35 million annually to power theft. 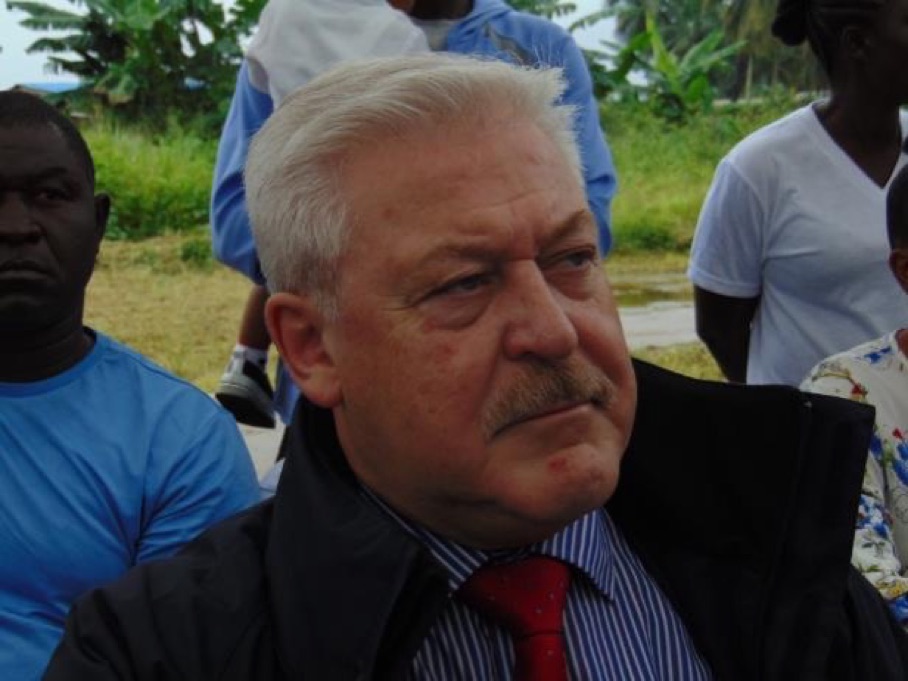 According to Ashley, the huge loss in revenues, even as services are being used, means that LEC lacks the necessary funds to carry out much-needed repairs and maintenance.

He noted that overloading transmission lines with illegal connections burdens and burns the transformers, because they cannot withstand more than the capacity they were made to carry.

Ashley said if a transformer was designed for 2,000 customers and an additional 1,000 customers are connected to it, for example, operating such network cannot be possible.

However, even as Ashley and other LEC officials preached against power theft, LECâ€™s own employees have been sabotaging the company â€“ and not just the ones at the lower end of the corporate ladder.

A Bush Chicken investigation has established that the deputy managing director at the Liberia Electricity Corporation, Joseph Howe, has personally ordered the release of at least two power theft suspects from the custody of the Liberia National Police on two separate occasions.

A police source, who wished to remain anonymous to avoid retaliation for divulging sensitive information, informed The Bush Chicken that one of suspects was arrested in the second half of 2018 while the other was arrested in early January 2019.

Although the names of the both suspects were not provided, the source noted that the one arrested in 2019 was caught with a significant amount of electrical equipment that required a truck to haul off the equipment.

While details surrounding Howeâ€™s involvement in the case are scarce, it suggests that a cartel exists that illegally connects power while high ranking government officials benefit and protect their operations.

So serious was the impact of Howeâ€™s activities that ESB International, the Irish firm hired to manage LEC and for whom CEO John Ashley works, wrote to the board chair of LEC to accuse Howe of undermining LECâ€™s initiatives. Howeâ€™s activities, the company said, was preventing ESBI from operating an efficient and profitable public utility.

FrontPageAfrica broke that story, where it quoted ESBIâ€™s management: â€œThe fundamental reason for the delay in breakthrough is the undermining of those change initiatives that are essential to improving the culture of non-payment for electricity supplied by LEC in Liberia.â€

ESBI provided two options to LECâ€™s board of directors for its smooth operation, stressing that either the LEC board terminates the management service contract or transfer Howe from LEC.

However, no further action was taken against Howe and he remains in the position.

LECâ€™s CEO Ashley declined to comment on the letter addressed to Howe.

At a press conference in November, he said, â€œIt is the ESB International board of directors that wrote the letter to Howe and not me as CEO of the LEC.â€

The Bush Chicken asked LEC to make Howe available for an interview to comment on the findings of its investigation. However, Winston Bedell, LECâ€™s public relations officer, was not able to arrange the interview with Howe in time for publication.

In his 2019 Annual Message to the legislature, President George Weah drew special attention to the prevalence of power theft, noting that it was accounting for 49 percent of all power generated and costing LEC US$35 million per year.

The president noted that a bill had been sent to the legislature to make power theft an economic crime. He also said LEC was reaching out to communities to prevent illegal connections from damaging transformers. Moreover, Weah noted that LEC had begun a rigorous implementation of mass disconnections of illegal connections. Finally, he said the Justice Ministry would begin to fast track prosecution of power theft cases.

â€œPower theft is illegal, and sabotages the economy of our country. I appeal to you, my fellow Liberians, to stop this behavior of power theft now,â€ he said.

However, Howeâ€™s ability to have such authority over the police and the LEC board, which is headed by the presidentâ€™s legal advisor, Archibald Bernard, suggests that his actions are being protected at the highest level of the government. This is especially clear given that the past chairman of LECâ€™s board, Clarence Moniba, had told lawmakers that Liberia would lose more than US$120 million if the contract with ESBI was terminated.

Howeâ€™s LinkedIn profile shows his progression from an administrative assistant at the National Legislature in 2009 to working as an analyst under former president Ellen Johnson Sirleaf before being appointed to the board of the National Oil Company of Liberia in 2012, where he served during the time Robert Sirleaf was board chair. At that time, the economics majorâ€™s only listed background in the energy sector was a post-graduate certificate.

Howe was one of those implicated by the Global Witness expose that revealed that, as a member of the NOCAL board, he had received payments for approving a deal to award Oil Block 13, which was later acquired by U.S. oil giant ExxonMobil.

President George Weah later established a special committee which made several recommendations, including that some former and current government officials including Howe be required to make restitutions to the government, and that Rep. AdolphÂ A.Â Lawrence of Montserradoâ€™s 15th district be further investigated. The House of Representatives approved the recommendations in May 2018, but there have been no signs that any actions have been taken.

In February 2018, Weah appointed Howe as deputy managing director for operations, transmission, and distribution at LEC.

Since news emerged of ESBIâ€™s attempt to have Howe removed, there have been a few media stories in Howeâ€™s favor, painting the ESBI executives of LEC as overpaid foreigners who cannot effectively run LEC and want to blame a Liberian for their shortcomings. Notably among these is the November 30 edition of the Costa Show.

â€œWe take US$12 million of the US$257 million the Americans gave us out of the Millennium Challenge Corporation,â€ Henry Costa said. â€œAnd we gave it to a foreign firm for a bunch of white guys to come and sit down in their air conditioned offices and they can manage the company. But the essential component of LEC, which is to deliver the power to those who need it â€“ those who can afford it, the management firm has not be able to do that and theyâ€™ve been running the company for the last 10 months.â€

As Howe and other LEC employees continue to profit off corruption and power theft, residents in Chugbor have been trying to find a solution to their electricity problem.

Community leaders have asked each household to provide US$15 toward a fund to bribe LEC officials to do work that they are supposed to do free of charge. After collecting over US$800 they held several meetings in an attempt to brainstorm solutions.

After more than a month in darkness, the tone during these meetings reflect desperation and frustration with their service provider.

At one January 20 meeting, leaders explained that they wanted to get transformers that were of greater capacity than the 25 kva transformer that had been damaged, to avoid going through the same issue again. However, they were told that there were only 15 kva transformers at LECâ€™s yard.

Community leaders said they then considered getting a 100 kva transformer from â€œa company here that repairs the transformer for LECâ€ but it was unclear when that transformer would be available and they did not want to keep the community in darkness for too long.

The leaders said they recognized the issue of power theft, but that they could only start the conversation about power theft after power was restored.

â€œWe recognize [the power theft] because this transformer, we really planned that it was going to last long with us but we had one or two problems with the guy who installed the transformer â€“ he ran another cable all the way to Gaye Town.â€

â€œPeople know some of these houses that are doing the [power theft],â€ one community member pointed out.

The leaders said they preferred to provide a discreet and safe environment for residents to report illegal connections without repercussions.

They said they planned to pay LEC workers again to come to the community and sweep the area and remove illegal connections.

In the meantime, the leaders talked about how they could get two 15 kva transformers and put some residents on one and the rest on the other. They also decided to mount one of the transformers in a more visible area, in order to spot anyone attempting to illegally connect households.

The leaders discussed the need to pay bribes at different levels â€“ to the managers they were dealing with at LEC, in addition to the field workers who would come to install the transformer.

â€œAll that weâ€™re doing, itâ€™s not our responsibility to do so,â€ one leader said. â€œNormal days, the people would just come and read the meter and send your bill and you pay. We never had these kinds of problems. But now, things are changed. If we just sit here and say we waiting for LEC to come, itâ€™ll just be like this because our whole country is polluted with this bribing system.â€