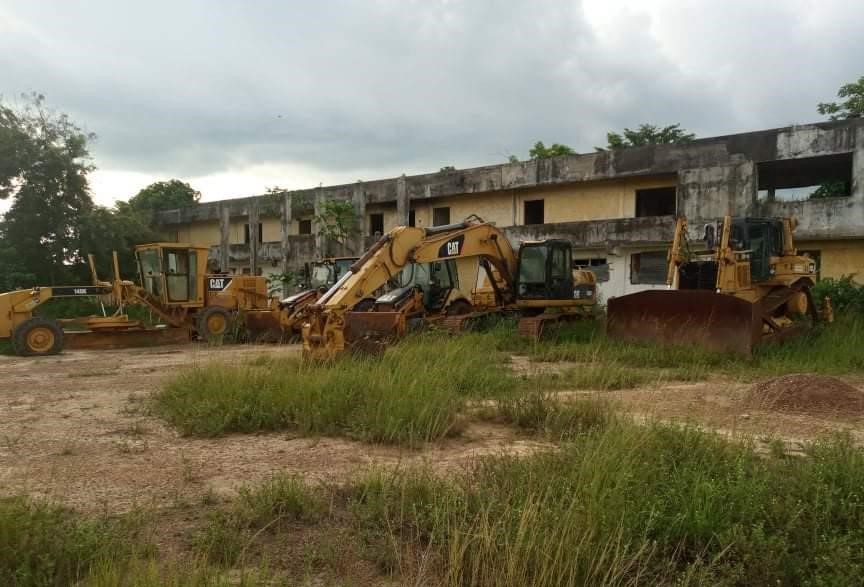 SANNIQUELLIE, Nimba – Scores of citizens hailing from Gboa Clan in Nimba’s second electoral district are making a call familiar to rural residents across the country – they want the government to rehabilitate the stretch of road connecting them to their county’s capital.

The rainy season has already begun, and Johnny Martor, a youth leader in the clan, worries that conditions will become impassable if no rehabilitation is done now. Martor said since the 7 km stretch of road was opened in the 1960s, no major road work has been done.

Gboa Clan, home of Rep. Prince Tokpah, is made up of six towns situated north of Sanniquellie, the capital of Nimba. The clan also borders neighboring Guinea.

Martor said young people within the clan have been manually rehabilitating the road and repairing bridges to keep it accessible to vehicles over the past several years. However, he said they lack the capacity this year to continue the work on the “international road.”

“We managed to repair a major bridge on the road, but we need [the] government to help us fix the road,” he said. “We have crushed rocks and dug sand to start repairing other bridges, but we are unable to transport these materials to the site because of the road condition.”

He drew attention to the road’s importance for traders buying goods from Guinea and farmers transporting their goods to the market in Sanniquellie. He warned that the government would lose out on collecting taxes from importers if the road becomes impassable.

He already highlighted the potential economic catastrophe for the clan: “All of the things we produce here will also get spoiled because we will not be to get to the market in Sanniquellie or other places.”

An elder of the clan, Patrick Wuo Gono, told The Bush Chicken that residents had asked Rep. Tokpah to intervene to improve the road’s condition, to no avail. He noted that the current state of the road has increased the fees charged by motorcyclists, the only public means of transport along the road; this has caused many in the clan to walk to Sanniquellie.

Gono wants Tokpah to use his influence to have the Nimba County Administration use its construction machines to repair the road while the clan waits for more permanent intervention from the national government.

Asked to comment, the lawmaker declined to comment any further, other than noting that Nimba lacked the resources to repair its road construction equipment.

In 2011, during the administration of Superintendent Edith Gongloe-Weh, Nimba used US$5.4 million to procure 22 road construction machines that would be used on farm-to-market roads across the county. The funds were provided by ArcelorMittal through the county social development fund.

Despite the acquisition of the equipment, and the appropriation of millions of dollars in past county council sittings, there has been no noticeable impact on Nimba’s roads. The various equipment are now grounded across the county as the county administration says it lacks funding to repair them.

Prominent Nimbaians, including the former assistant superintendent for development, Teeko Tozay Yorlay, have voiced concern about the county’s poor handling of the equipment, arguing that the machines have not addressed the reason for which they were purchased – to improve the conditions of farm-to-market roads.