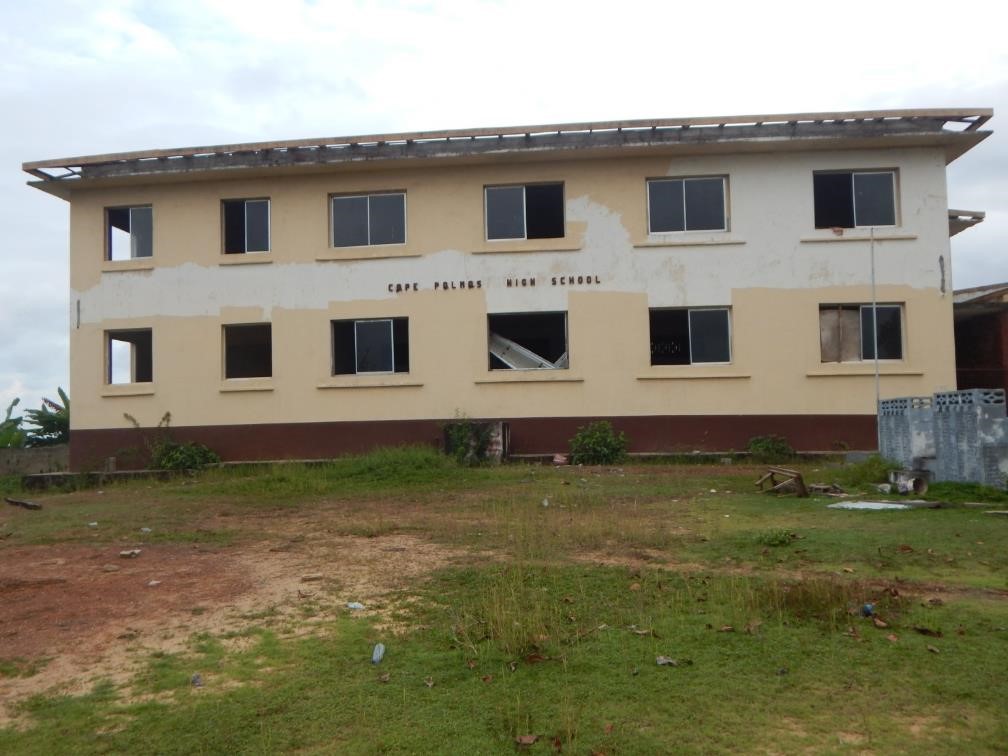 HARPER, Maryland â€“ The delay in renovation of the Cape Palmas High School has resulted in criminals vandalizing the schoolâ€™s property and stealing valuables from the compound.

In 2015, Marylandâ€™s oldest high school was noticed to be depreciating due to leakages and cracks in the walls. The schoolâ€™s students were then relocated to a temporary facility on May 9, 2015, to make way for renovations.

Even though the school is situated a few yards from the county administration building and the police station, authorities have noticed that individuals have been pilfering items from the building, including roofing sheets, planks, sliding windows, chairs, blackboards, and computers.

Edward B. Stemn, president of the Liberia chapter of the Cape Palmas High School Alumni Association, said a few individuals were arrested several weeks ago by the Liberia National Police in Harper with some of the missing properties.

â€œThese individuals were later released by the police on grounds that there were no formal complaints filed against them on behalf of anyone in Harper,â€ he said.

Stemn, who could not disclose the number of individuals arrested, said he and other members of the association are currently discussing with local authorities and members of the countyâ€™s legislative caucus to fast track the renovation process. He named those individuals as Rep. James P. Biney, Sen. H. Dan Morias, Sen. J. Gblehbo Brown, and Superintendent Besty T. Kuoh Toe.

â€œWe are engaging these authorities to see reason and take some money from the county development fund for the schoolâ€™s renovation,â€ he said.

David P. Walker, Marylandâ€™s general police commander, referred The Bush Chicken to the county superintendent for any comments about the vandalism.

â€œThe county superintendent is the best person to speak on the issue,â€ Walker said.

Toe, the superintendent, speaking via phone, corroborated the reports of vandalizing and said one of the guards assigned to the administrative building had caught individuals stealing roofing sheets from the school on three different occasions.

Toe explained that another person was arrested as recently as Oct. 7 with five computers, four chairs, and one blackboard. She noted that criminals are also digging under the schoolâ€™s fence to gain entry into the compound.

â€œAll the school materials arrested with these alleged criminals are currently in the possession of the police in Harper,â€ Toe added.

She expressed frustration thatÂ materials were still being stored in the building while the renovation was in progress.