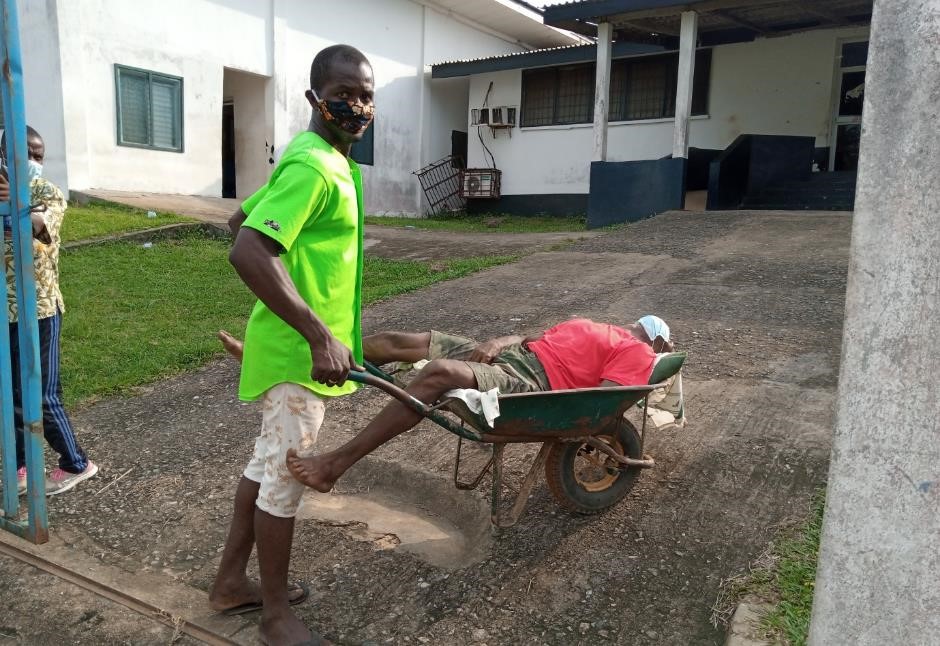 GREENVILLE, Sinoe – Of all the challenges in Sinoe’s fight to contain COVID-19, the county health officer of Sinoe says he is most worried about the lack of an ambulance service to transport patients to and from the F.J. Grant Referral Hospital.

“As we speak, the hospital ambulance service lacks support in the area of fuel and maintenance, and I am afraid because during [the] rainy season, people get sick more and people call for the ambulance, especially in rural parts of the county,” Dr. Jonathan Flomo said during an interview at a Greenville radio station on Tuesday where he discussed a wide range of health-related topics.

Although the national government is responsible for providing appropriations that are supposed to allow the hospital to operate, he said the economic constraints being experienced by the country may require other partners and prominent citizens to join forces in supporting the health sector.

“So we are sounding out this S.O.S call to the public to render fuel oil aid to run the ambulance service and also to run the hospital generator that provides electricity for patients,” Flomo said.

Sinoe residents know that Flomo’s worry is more than an abstract concern. It is not a strange scene to see patients being brought to the hospital from far distances on hammocks or on foot.

Within the past week, a 32-year-old man fainted in New Kru Town community in Greenville District. After his relatives contacted the ambulance service in vain, they resolved to transporting him to the government hospital in a wheelbarrow.

His brother, Junior Brown, told The Bush Chicken he had lost hope in the country’s health sector: “As for me, I don’t know where this country is taking us. Can you imagine my oldest brother dropped while sitting at home and we called for the ambulance and the doctor said no fuel? It is so disappointing and frustrating for us.”

Sharing
Tags Jonathan Flomo
Contributions to The Bush Chicken are not tax deductible.