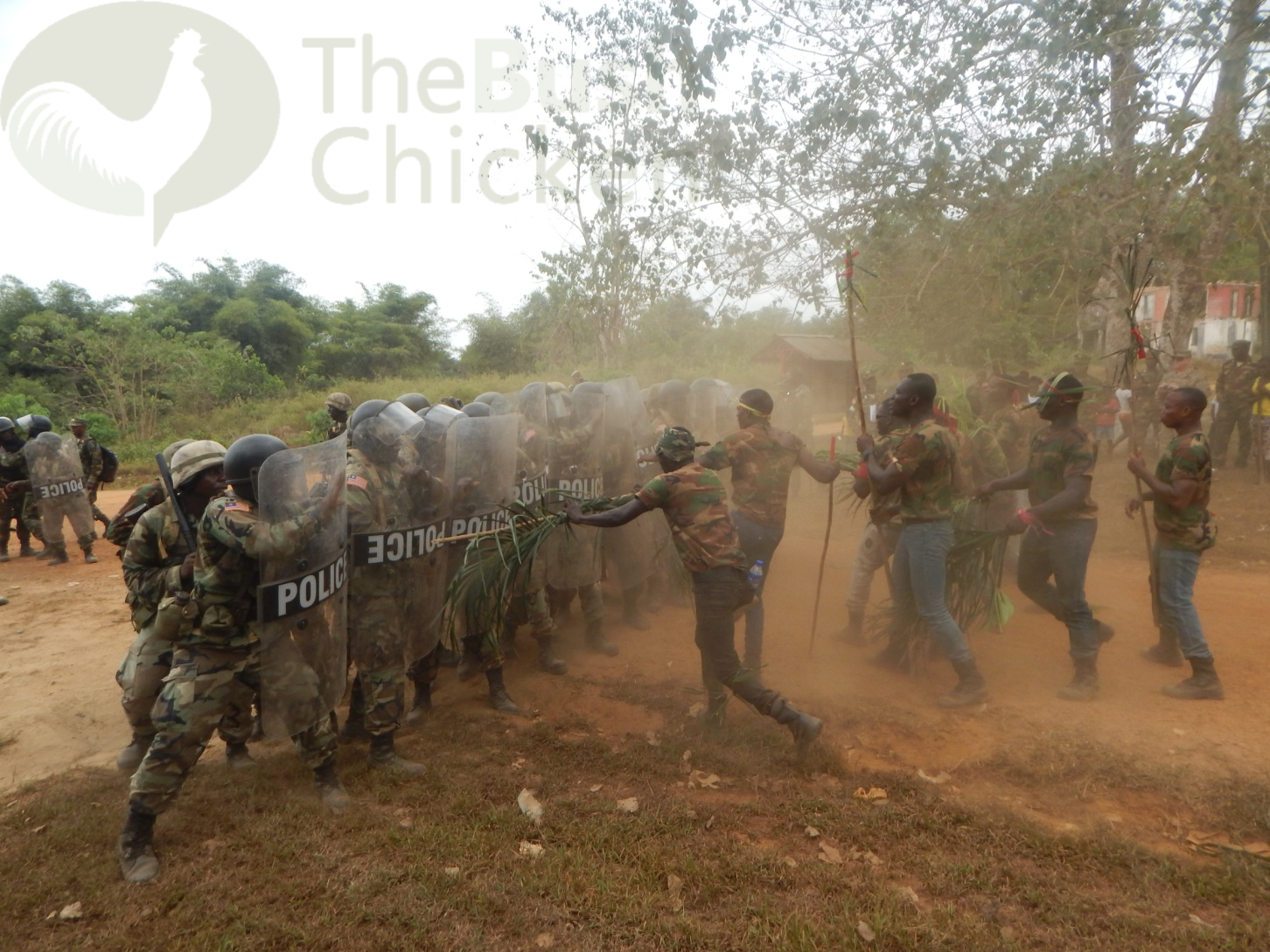 CLAY-ASHLAND, Montserrado â€“ The Armed Forces of Liberia have embarked on a series of internal security operations and training exercises as the United Nations Mission in Liberia is expected to draw down by June 2016.

As part of its internal security operations training, the AFL has visited Bong, Margibi, Grand Bassa, Cape Mount and recently Clay-Ashland in Montserrado County.
Speaking to The Bush Chicken, Captain Prince C. Johnson, Commander of the 23rd Infantry Brigade, said the exercises were meant to prepare AFL personnel to serve as a backup force to the Liberia National Police during crowd disturbances.

Johnson said one of the missions of the AFL was to support civil authority. The exercises were meant to test the ability of AFL personnel to fulfill that role. Col. Eric W. Dennis, the AFL Deputy Chief of Staff, said the training exercises are conducted annually to prepare the men and women of the force in line with their obligation in bringing peace to the Liberian people.

Dennis, who did not reveal to The Bush Chicken the total number of officers being trained on an annual basis for security reason, said the AFL has enough men and women to provide security for Liberia.
According to Dennis, when the training began, residents of Clay-Ashland ran out of their homes and school to welcome the AFL.

â€œWe came to Clay Ashland for civil coordination and also to identify with the residents that indeed the AFL is a force that respects the rights of people and is a developmentally oriented army,â€ he said.

Dennis pointed out that the new AFL is trying to mend the broken ties with the civilians created during the 14 years of civil upheaval in the country.
â€œThe Liberian people should remember that they are safe and need not to have any fear as UNMIL draws down,â€ Dennis emphasized.
He also cautioned Liberians to be vigilant as the first line of security in the country is their family and home. Dennis also expressed appreciation to UNMIL for providing the training opportunities to build the capacity of all of the Liberia security agencies including the AFL, Police, the Bureau of Immigration and Naturalization, and the Drug Enforcement Agency.

He maintained that these security agencies are now fully trained and capacitated to take up the responsibility that was once occupied by UNMIL.

Mohammed Beyoltein Issahaku, Economic Community of West African States advisor to the AFL, noted that the force had come of age after mentorship for some time now. Disgruntled youths in confrontation with AFL officers during the simulation. Photo: Zeze Ballah

â€œThe AFL have shown that it is up to the task and today’s exercise is a clear testimony that they are prepared to help the civil authority in restoring law and order whenever they are called upon,â€ Issahaku said.

He described the relationship between the AFL and civilians as cordial in the wake of such vigorous exercises, adding, â€œsuch could be built upon with constant visits and assisting them in terms of roads construction.â€ Issahaku said as UNMIL will shortly depart the country, Liberians should believe in the AFL and have respect for the rule of law.
The training exercise was watched by several dignitaries from the AFL, United States Army, and ECOWAS.