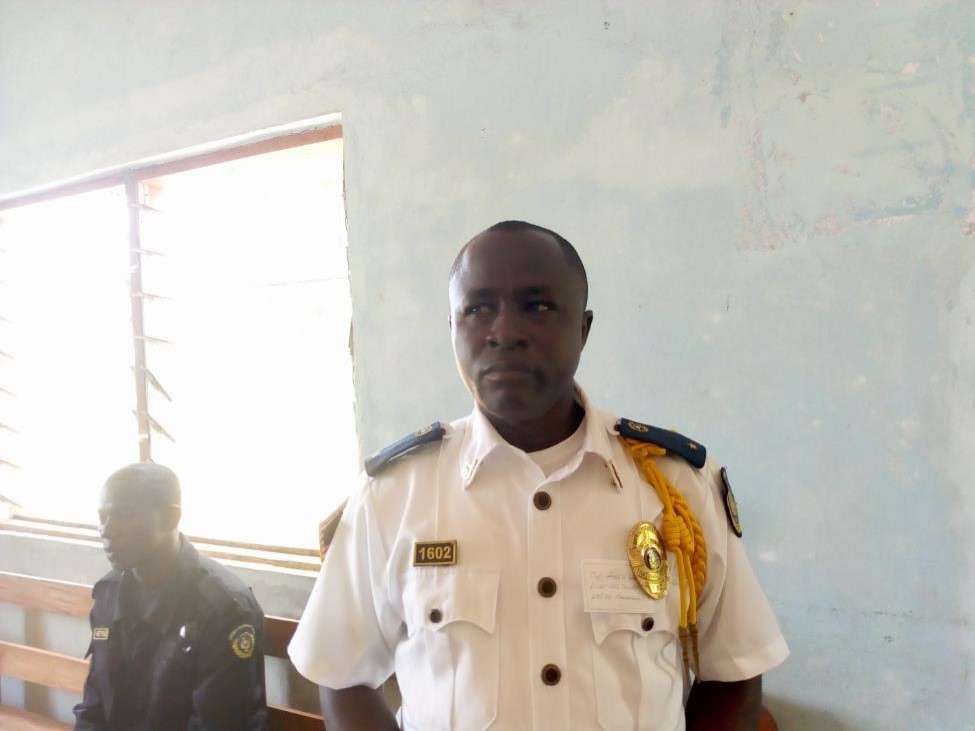 YARPAH TOWN, River Cess â€“ Six gunmen stormed the Yarpah Town Police Station on Saturday morning and took away a motorcycle and a cell phone worth US$300, according to police.

However, police say the traffickers later regrouped early Saturday morning at about 1:00 a.m. and attacked the checkpoint, firing several rounds from a single barrel gun.

Officers stationed at the checkpoint escaped and the traffickers retrieved their motorcycle that was impounded at the station. They also made away with a smartphone worth US$300.

The incident prompted many Yarpah Town residents to leave their homes and flee into the bushes in fear. Residents there expressed concern about the limited number of police officers in River Cessâ€™ busiest town. The nearest armed police from the Police Support Unit is based in Cestos â€“ 21 miles from Yarpah Town.

â€œThe government needs to do something about this,â€ said Jerry Nyenekon, a businessman in Yarpah Town. â€œJust imagine this is the criminalsâ€™ first try and they were successful. Who knows their next plan of action.â€

â€œWe are just here by the grace of God because the two police here donâ€™t have anything to protect themselves,â€ said Melvina Kerkula, who lives in New Yarpah Town. â€œSee what happened last night? If the criminals wanted to kill, they would have killed even the officers.â€

George Trokon, the head of civil society organizations in the county, said when police Inspector General Patrick Sudue visited the county two months ago, many citizens and existing police officers highlight the limited number of officers present in the town.

â€œHe promised that he was going to see to it that more men were sent,â€ Trokon said. â€œBut since he left, everything just remained the same.â€

Occasional surveys conducted around the county show that there are fewer than 12 police officers in River Cess, with two officers in Yarpah Town, one in Monweh Upper River Cess, two at Nimba Junction, and one in ITI.

While River Cess is Liberiaâ€™s third-least populated counties, with 71,500 persons estimated in the 2008 census, the county borders Nimba, Grand Gedeh, Sinoe, and Grand Bassa. It’s often used for smuggling harmful substances, as well as human trafficking. Security operatives in the county have been combatting crimes in recent times despite the many challenges.

On September 22 this year, the Liberia Drugs Enforcement Agency unit stationed in the county confiscated 550 grams of marijuana in Oldpa Village, Central River Cess District. Blamo Jury, the chief of operations for the LDEA in River Cess, says the traffickers escaped before his men arrived.

Prior to that, on July 22, armed robbers broke into the Booming Green logging companyâ€™s yard at about 3:00 a.m. and made away with nine power saws and car batteries. Several suspects were arrested in connection to the crime and three were charged with armed robbery, criminal facilitation, and illegal possession of firearms. They were sent to court following a police preliminary investigation. 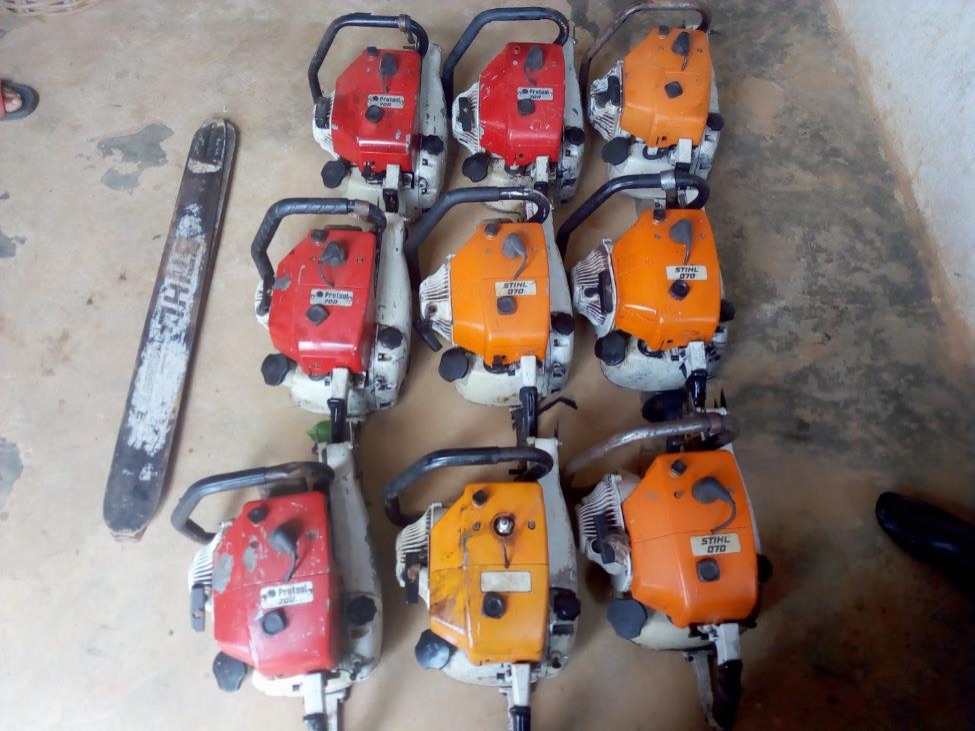 Power saws retrieved by River Cess Police after a robbery

On September 24, police superintendent Fasu Sherief told The Bush Chicken that the police received a tip that the materials were being kept on an old farm between Nimba and River Cess. The nine power saws were retrieved and subsequently turn over to the management of the company, but no one was arrested and those who were in pre-trial detention have since been released.