Brooks Marmon is an incoming post-doctoral fellow at the University of Pretoria. He previously worked in Liberia. Brooks is on Twitter @AfricainDC. 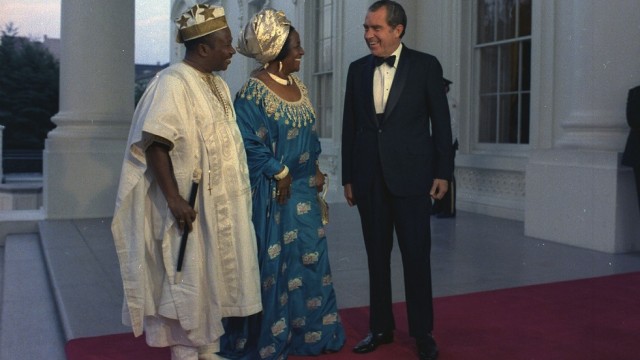 When Liberian President William Tolbert was slaughtered on the top floor of his executive mansion on the early hours of Aril 12th, he knew that his presidency was under threat from several corners.

Cecil Dennis had made waves a few years earlier during July 4th celebrations at the U.S. Embassy when, as his brother notes, â€œhe made very sharp remarksâ€ criticizing the U.S.â€™ lack of support for Liberian development, comparing it unfavorably to the efforts of the British and French to support their West African colonies.

If the publicity around Helene Cooper’s new book is a reliable indicator, one would be hard pressed to expect a biography that does anything but draw on the tried and true single story that paints Liberia as a land torn by violence, where accountability is a luxury, and in which there is little to celebrate except the novelty of its female chief executive.

According to the international travel guidebooks on West Africa â€“ whose sections on Liberia are invariably the smallest â€“ Robertsport is THE place to holiday in Liberia. I too was eager to visit Robertsport, but not for the same reasons.

In a possible sign of a post-Ebola culinary resurgence, the restaurant of the Great Wall Hotel, a Chinese establishment that previously spanned both sides of Tubman Boulevard and 10th Street, has re-opened.