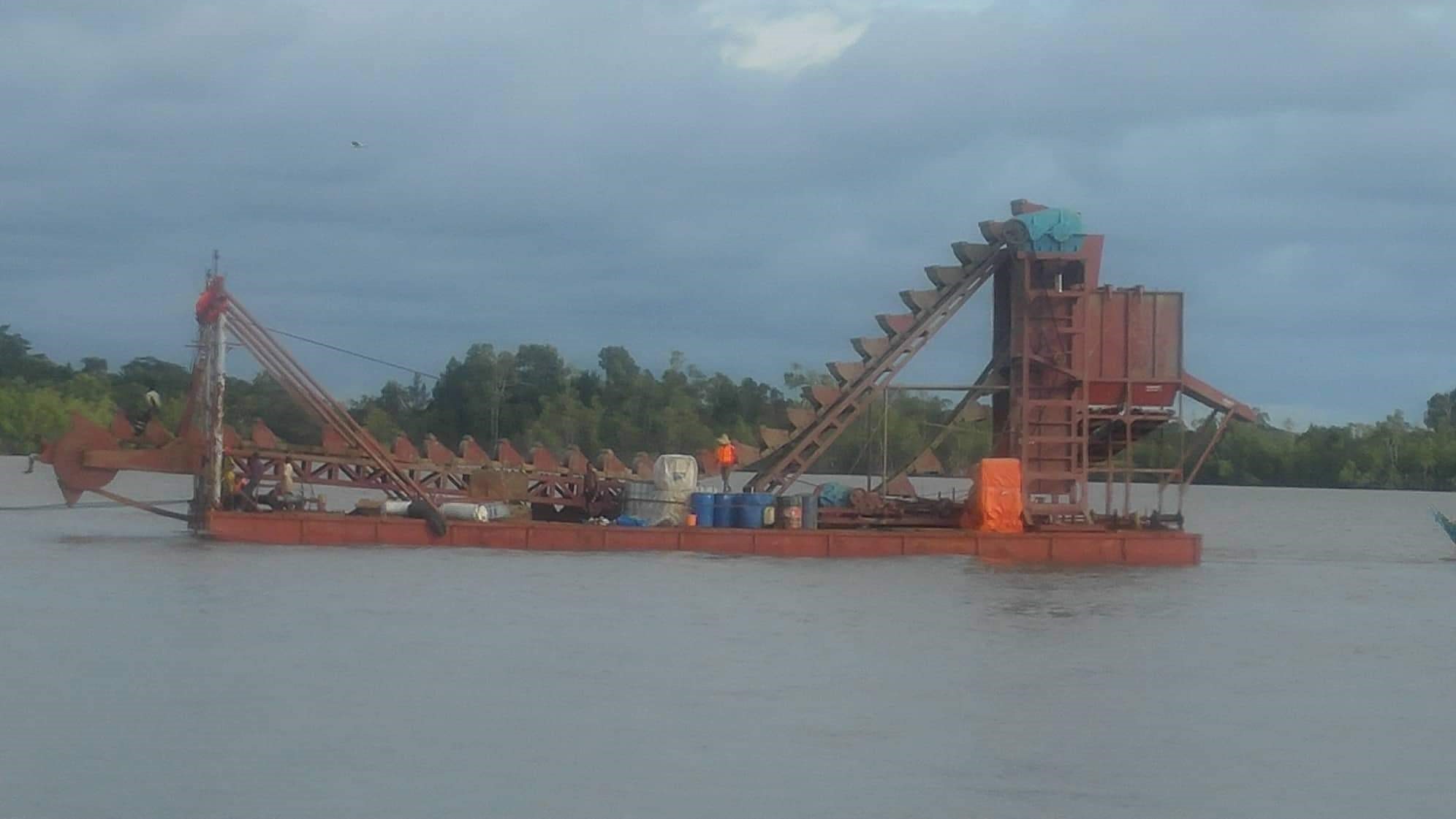 BARCLAYVILLE, Grand Kru – Barclayville residents are drawing attention to Illegal mining activities occurring on the Nu River, which they say violates city regulations and a nationwide ban on the use of dredges.

The mining has been taking place in Barclayville’s Topoh and Setor communities, using the dredges operated by Ghanaian nationals.  In October 2019, the Ministry of Mines and Energy placed a ban on the use of dredges in any part of the country, but authorities have not enforced the ban.

In mid-June, anger from citizens reached a high level and many residents called on community radio stations to voice their frustration of the potential negative impacts if the mining continues.

One caller, Barcon Sarwoye, said the use of the machines within city limits was causing vibrations to be felt from his home.

“Ministry of Mines and Energy stakeholders will be responsible for any house that will be [broken] down in Barclayville City, as the community of Setor is threatening a lawsuit against relevant mining authorities for their alleged failure to protect the bridge from potential damage,” he said.

Sarwoye clarified that he was not against mining, as he knows it helps generates revenue for the government. However, he wanted the laws and regulations to be respected.

Many in Barclayville note that the illegal miners are taking advantage of the government’s inability to monitor or control mining activities due to lack of needed logistics or interference by local chiefs and other influential members of society.

Grand Kru’s county attorney, Watkins Nah, had ostensibly suspended all mining activities in the area, but his declaration has simply been ignored or undermined by miners and some community leaders alike.

Most government officials had initially refused to comment on the illegal mining until the issue boiled over. Over the past weekend, the mining agent for Barclayville, Solomon Jacob, confirmed to The Bush Chicken that illegal mining activities were taking place on the Nu River.

He noted that a verification team compromising of the Liberia National Police, the county attorney, civil society representatives, and the media had visited Topoh community, where the mining is taking place. He noted that the mining was not taking place directly under the George Bush Bridge – many Barclayville residents had feared that the dredging would erode the foundations of the USAID-funded bridge.

“The information released to the public by the journalists in the county is misleading and far away from reality,” he noted.

Jacob highlighted the progress that the local Ministry of Mines and Energy office had made since he took over. He said there were only eight valid Class ‘C’ licenses, but they have now increased to over thirty. However, he did not say how many of the miners on the Nu River held valid Class ‘B’ licenses, which would allow them to use dredges.

The growing public pressure forced the county attorney to order the joint security team to halt illegal mining activities. The county administration has also said it would arrest anyone caught illegally mining. However, although the mining activities were halted, no arrests have been made and the equipment used by the miners have not been confiscated, as promised by authorities.

The lack of proactive action on the part of authorities has sparked a youth leader in Barclayville, Elijah Wreh, to threaten to stage a protest against illicit mining activities across the county. Wreh accused local politicians of failing to enforce the law, even as they are aware of violations.

Sharing
Tags Ministry of Mines and Energy
Contributions to The Bush Chicken are not tax deductible.