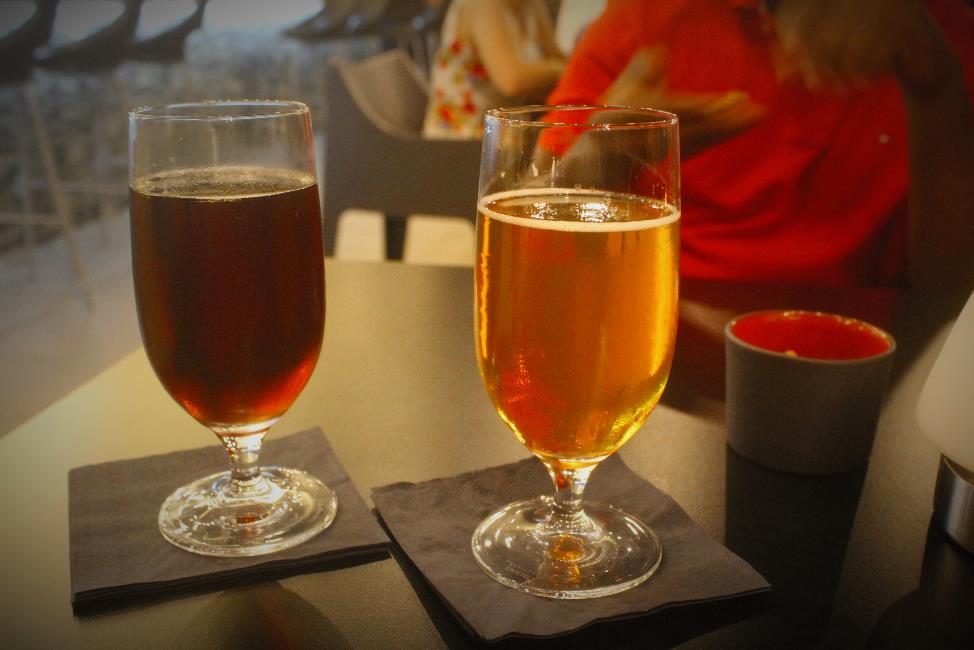 After a Monrovia hiatus of several months, Iâ€™m back on the scene, ready for the rainy season and a continuation of culinary adventures. To ease my return, the first column of my second Monrovia stint will be confined solely to the pleasures of the luscious libations at The Living Room, the rooftop bar at the Royal Grand Hotel.

To preface, Iâ€™ve never been a big fan of much of anything at the Royal. The veranda at the old (not Grand) Royal is airy and a nice enough meeting spot and a good place to get some work done, but thatâ€™s been about as charitable as Iâ€™ve felt towards anything at the complex. Iâ€™ve sampled an extremely disappointing Mexican buffet at the ground floor restaurant and while a handful of other meals was an improvement, they were never enough to keep me from wincing whenever a colleague suggested meeting there.

Iâ€™m similarly blasÃ© about the 4th-floor sushi and Thai restaurant. While the AC is frigid and the atmosphere stately, Iâ€™ve found their pad Thai to be a notch below that of Golden Beach and the drunken noodles (which I ordered to go) tasted like they were crafted by a chef engulfed in a perpetual drunken stupor. The Thai beef salad, while rather salty, is however quite delicious and one of the finer Asian salads that Iâ€™ve had the pleasure of munching on. My experience at the rather inaptly named Living Room was brief (the prelude to a rowdy and late Friday night) but a major improvement on most of my previous not so grand attempts to find some form of sustenance at the RGH generally commensurate with its price tag.

After just four months away, I was surprised to see the number of changes in the Royalâ€™s lobby. The ATMs were gone and a second coffee bar, complete with ready to go sandwiches had emerged. However, our destination was the fourth floor, where The Living Room is housed on a terrace across from the elegant Thai restaurant. When I was last at the Royal, around the end of the year, the roof area was closed and the hotel was dealing with a fallout from a sexual harassment charge against a Lebanese manager.

I understand that the hotel has a new Belgian manager (perhaps his replacement?). While the route is quite unfortunate, the end result is an improvement as RGH has expanded its selection of Asian beers and now offers a large selection of Belgian Brews (while maintaining its Thai and Chinese selections).

Ironically, before returning to Liberia, my last treat was a Belgian beer with steamed mussels â€“ if only I had known that I could feast on such libations in Monrovia!

Aside from Delirium, the high end American favorite, I wasnâ€™t particularly familiar with any of the offerings. The menu boasted 7 pint-sized brews from Belgium and a lesser number of 750 ml bottles listed under the heading, â€™magnumâ€™. Coming in at $7 and $15 respectively, the prices are quite reasonable for international standards, particularly as the beers have a high alcoholic content, hovering in the 8 â€“ 10% ABV range.

I sampled the Gordon Finest â€“ Red. It was indeed quite red. The beer was smooth (with the scarcest hint of spice) and slightly, but not substantially, sweet. It would pair with just about any offering including that delicious beef salad. My tablemate sampled the Gordon Finest â€“ Gold, a more traditionally colored beverage. I did not sample, but he remarked that it was quite delicious.

Without the burden of hunger and the thought of food, the evening on the roof of the RGH was quite magnificent. While the menus are a bit ratty, there has been an effort to spice up the dÃ©cor and the terrace is now dotted with some potted green vegetation. The people watching was also fascinating â€“ a mixture of expats, local NGO officials and entrepreneurs, and I even spied a former minister in Charles Taylorâ€™s government. The view of the surroundings was also quite pleasing; the restaurant is just sufficiently elevated that one can see the Atlantic in the daylight.

If one goes to The Living Room for a relaxing nightcap, they should come away quite happy. On my next visit, I plan to drink a Waterloo. If a meal is involved however, I suspect the proposition becomes a bit dicey.