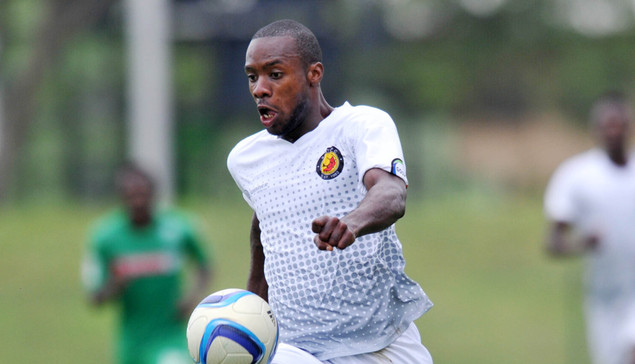 The decision was made after both Sherman and the club agreed to part ways.

Sherman joined the Black Aces on a three-year deal back in August 2015 from Tanzania Premier Leagueâ€™s Young African Sports Club. But the 24-year-old striker struggled for playing time with the Aces, where he managed only five appearances â€“ two as a starter and three as a substitute â€“ without a goal scored.

After failing to impress at the Aces, Sherman was loaned to the South African first division club Santos for the second part of the season. At Santos, Sherman scored a single goal in four starts.

Before the beginning of the season, Aces head coach Muhsin Ertugral predicted the former Barrack Young Controller striker would set alight the ABSA Premiership, but said, later on, it was his one major disappointment of the campaign.

Before joining the Aces, Sherman had previously played in lower leagues in Sweden before having a remarkable 2013-2014 league season with Northern Cyprus league team Lefke TÃ¼rk Spor KulÃ¼bÃ¼ where he netted 24 goals in both league and cup matches. He is yet to regain his scoring form since his departure from the Cypriot team.

During the 2014-2015 league season, he scored six times from 16 appearances as he helped Young African Sports Club to win Tanzania premier league.