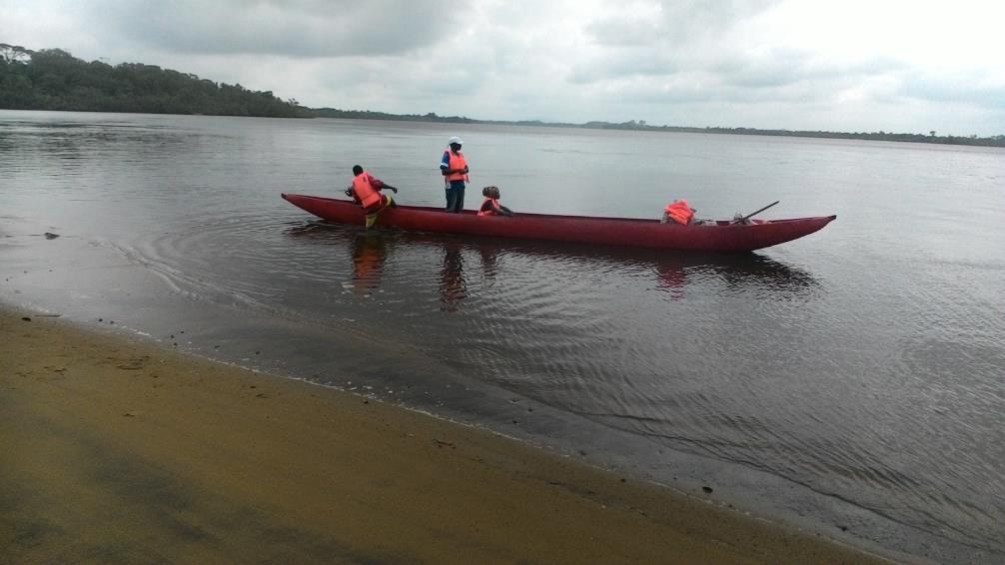 BUCHANAN, Grand Bassa â€“ Vice President Joseph Nyuma Boakai has promised residents of Edina and the surrounding areas that he will soon be donating a ferry to ease transportation across the St. John, Benson, and Mecklin Rivers.

The disclosure was first made by assistant gender minister for administration and planning Magdalene Dagosseh during the dedication of the newly renovated Edina City Hall.

At the ceremony, she called the vice president a humanitarian and a person who believes in strengthening and transforming Liberia.

She noted that the ferry would enable the citizens to travel smoothly with their goods.

Dagosseh said she did not know the actual cost of the ferry, but said the assessment team would make such information available during or after the project was completed.

Boakai recently donated a ferry to communities in Bong that border Gbarpolu, to ease the movement of people in that part of the country.

Edina Mayor Austin Spiller said the ferry, when presented to the people of Edina, will be a major boost not only to business transactions but also to students who need to get to Buchanan, as Edina lacks a high school.

The Liberian Government Hospital in Buchanan will also become much more accessible to residents of Edina, he added.

â€œWe have always been running to Buchanan every day for anything we need in this community, but we were using fishing canoe here as commercial canoe which was very bad for us,â€ Spiller said. â€˜â€™So most of the times there were accident on the water then people will be looking for the witch man or neegee man that was among us.â€