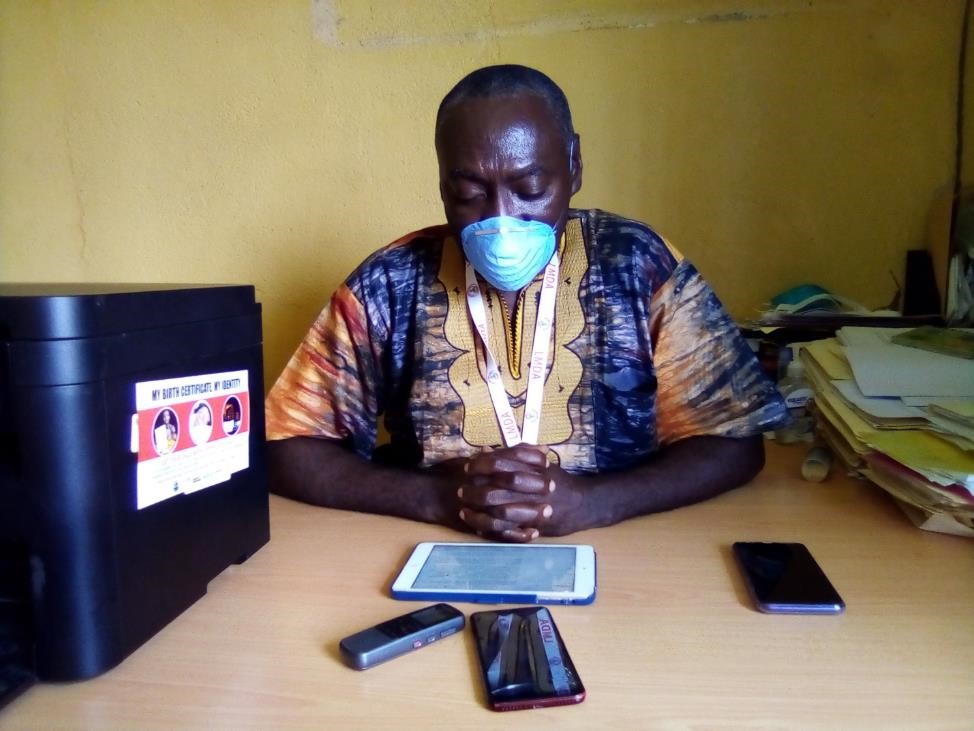 TUBMANBURG, Bomi – Bomi has recorded its fourth confirmed case of the Coronavirus.

The county health officer, Dr. Augustus Quiah, disclosed that the patient is a male who is currently undergoing medical treatment at the Liberia Government Hospital in Tubmanburg. He said the patient was diagnosed on Monday after his specimen was taken to Monrovia.

The confirmed case is one of the contacts of the county’s first case, a 65-year-old woman who has now recovered, Quiah said.

“Although the patient is not in a critical condition, we will be doing everything to have him catered to,” he added.

Speaking to the media, the county health officer said Bomi can now handle mild COVID-19 cases. He said if a patient is transferred to the 14 Military Hospital for treatment, it means that it is a more severe case that cannot be handled at the county level. Those cases are usually people who have previous health complications.

His statement comes a week after the county authority turned over a building for use as a precautionary observation center. The facility was previously used by UNHCR as office space.

Quiah said the building is currently not being used because the county needs funds to furnish the facility with the necessary equipment for treating COVID-19 patients.

“We are working on all modality to trying to discuss to our key stakeholders to see how best we can get the permanent treatment unit open so that we can transfer our latest case to the unit, but for now, we are taking care of them at the hospital,” Quiah said.

Meanwhile, Bomi’s county surveillance officer has expressed his frustration with the manner in which the county’s Bomi’s first Coronavirus patient was turned over to her family after recovering.

Moses Fomba said although he is pleased that the patient recovered, he would have preferred that she was observed for an additional week or two before being released to her family. During this time, he said health authorities would have been able to disinfect her home.

“When you are discharged from the hospital after going through the medical treatment, we as health workers give you [an] additional 7 to 14 days to be observed,” he said.

“But that was not in the case of this 65-year-old woman. Some family members went ahead and took the woman from the 14 Military Hospital while we were en route with the ambulance to bring her. When they saw us, they decided not to turn the woman over so that we can observe her for the additional days, but rather took her at the house that we have not declared free.”

The county surveillance officer said he feared that the recovered patient could be reinfected.

“That same house she has returned to, we have people there that are under observation,” Fomba told The Bush Chicken. He noted that the county health team had already prepared a separate space where they would have observed the woman.

Bomi has four confirmed cases, three active cases, and one recovery with no death.