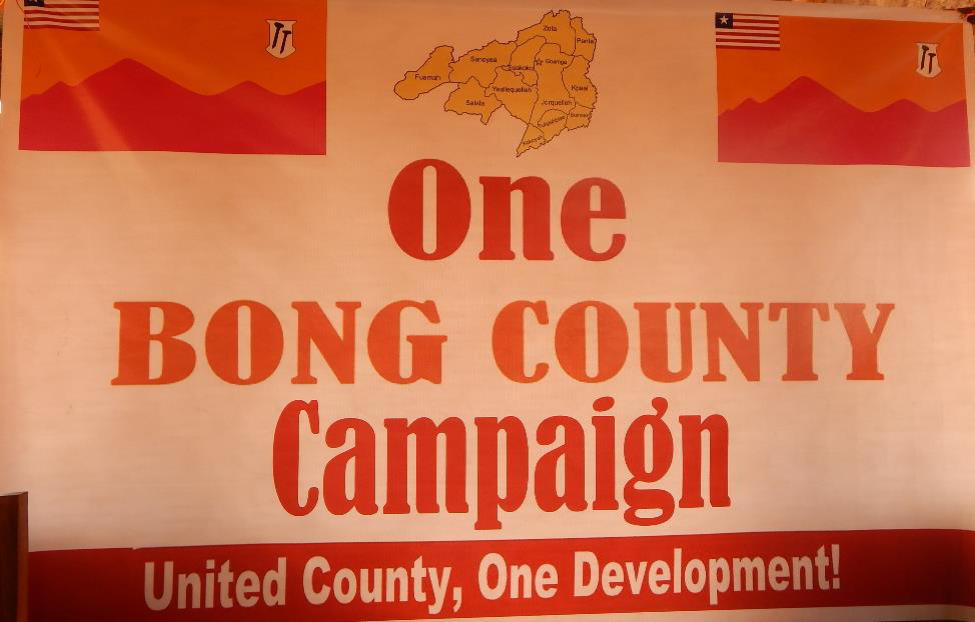 MONROVIA, Montserrado â€“ Amid ongoing consultation among Bong citizens over a proposal to separate Lower Bong from the rest of the county, a group under the banner of One Bong County Campaign says the division will not be in the interest of the county.

Recently, Bongâ€™s Sen. Henry Yallah announced on Fabric Radio in Monrovia that he would introduce a bill to divide Bong and constitute Lower Bong into a new county which would be called Bong Range.

Yallah said his quest to separate the county was to bring more development to Lower Bong, which he said is marginalized.

He said Upper Bong (home to the countyâ€™s capital) was more developed, compared to Lower Bong, which hosts only the Bong Mines Hospital and Tumultu Vocational Institute. According to him, major institutions, such as the Bong County Technical College, Cuttington University, Phebe Hospital and Training Program, the C. B. Dunbar Maternity Hospital, and the Central Agriculture Research Institute were all based in the upper part of the county.

According to the lawmaker, the marginalization of Lower Bong citizens is also reflected in President George Weahâ€™s appointment of officials in cabinet and the local government. He said most of those appointed in the county to serve in the government are from Upper Bong.

He further claimed that the county was oversized, as Lower Bong alone has a population of around 89,000 people, equal to the total populations of River Gee and some other counties.

â€œI know that there will be dissenting views on this, but I strongly believe when the bill is passed everyone will see the rationale,â€ he said.

According to a Daily Observer report, some lawmakers of the county have also expressed support for the proposal to form a new county. They include the countyâ€™s fifth, sixth, and seventh district representatives, Edward Karfiah; Moima Briggs-Mensah; and Joseph Kolleh, respectively.

However, Deputy Speaker Prince Moye, who is also Bongâ€™s second districtâ€™s representative, has disclosed that his position on the proposal would depend on the results of the ongoing consultation.

The president of the One Bong County Campaign, David Kansuah, said the group is concerned about the lawmakersâ€™ quest to divide the county.

Kansuah described the proposal to divide the county as â€œselfish and diabolicalâ€ and said it is dividing citizens of the county, instead of promoting reconciliation. â€œOur problems in Bong are not about dividing our beloved county, but the lack of adequate and united leadership that will see Bong County as a whole in decision making and thus ensuring the equitable distribution of our limited resources for the sole purpose of improving the lives and wellbeing of our people,â€ he said.

He called on citizens of Bong to reject any proposal of division, noting that the county would be better and stronger together.

According to the head of the One Bong County Campaign, Yallahâ€™s proposal is indicative of his inability to provide quality leadership for the county and shows his inability to fulfill promises he made during his campaign in 2011.

â€œThe arguments being proffered by self-seeking and divisive politicians are not only grossly deflated but dead upon arrival because if the size and number debates should be taken seriously as it is being pushed by these selfish interest seeking politicians, then it would also suggest that populated counties like Montserrado, Nimba, and Grand Bassa can equally have genuine justifications for being divided,â€ Kansuah said.

â€œSenator Yallah and his followersâ€™ actions can only be categorized as a weak foundation on which a failed politician would go all out to gain sympathy and pity from such a great group of people.â€

He emphasized that the issues on Bong have never been about size or number but rather a responsible leadership that is creative and innovative in finding solutions that would seek to provide the best alternative source of funding to positively impact the lives of its people.

Kansuah challenged the leaders to look toward solving problems such as the high price of energy.

â€œFor example, have our leaders proffered to ease the cost of businesses spending huge amount of money on running and maintaining generators? Also, what has his leadership as chairman of the [Bong County Legislative] Caucus done for the speedy completion of the Bong County Technical College?â€ he said.

He said for Yallah to have mentioned the â€œhuge and unimaginableâ€ landscape and population of Bong, rather than finding solutions to crucial issues that would directly benefit the county only further exposed his inability to think outside the box to project solutions for the forward march of the county.

He suggested that, as the senatorâ€™s tenure is gradually coming to an end, his ultimate mission is to create a new county to position himself to seek a new job that would be created.

â€œWe can understand that he is getting nervous and the political uneasiness is purely driven by fear of not retaining his Senate seat beyond 2020,â€ he noted.

The head of the movement also criticized the senator for not proposing any legislation or making representation to take major development to Lower Bong since his election in 2011, despite all the allotments made to the county in the national budget.

He encouraged Yallah and those in support of the proposed bill to focus more on reconciliation, peacebuilding, providing affordable education and health services, and decentralizing development in the county.

He said if the senator and his colleagues are interested in the development of Lower Bong, the senator, as head of the countyâ€™s legislative caucus, must begin to lobby with his colleagues to ensure that at least 60 percent of the County Social Development Funds are allocated to projects in Lower Bong.

Kansuah also called for a county conference to be organized to include all stakeholders that would develop a five-year plan for Bong in its entirety.