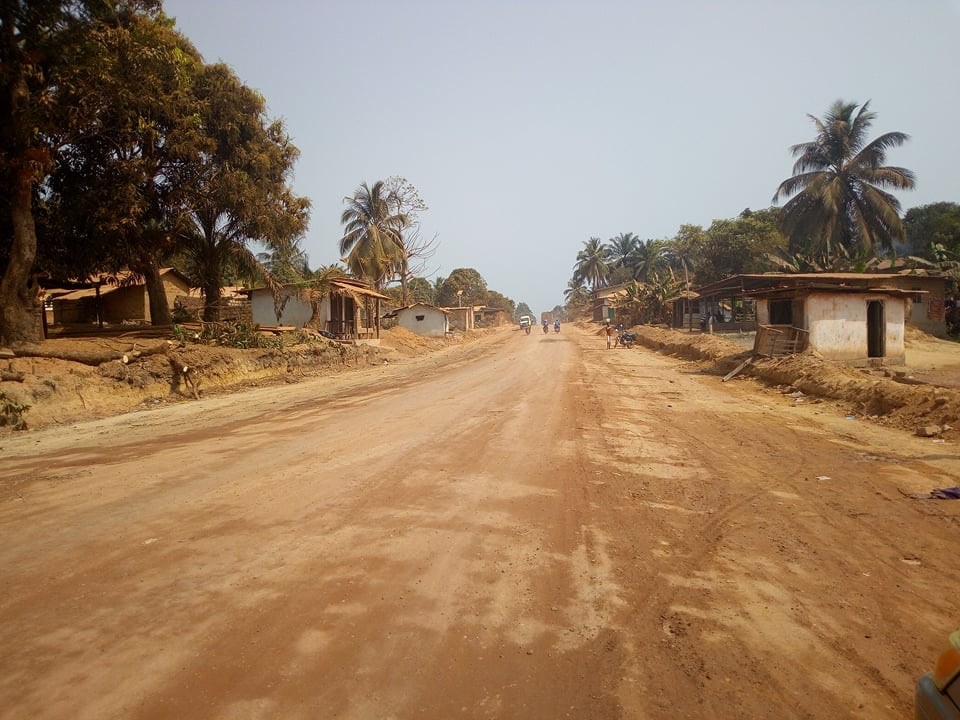 GBARNGA, Bong – Bong’s county administration has commenced the pavement of 4.5 km of streets in Gbarnga as part of the Feeder Roads Alternative and Maintenance Program.

FRAMP is a USAID-funded initiative that commenced in Liberia in March of 2016 is expected to end in 2020.

Bong’s assistant superintendent for development, Anthony Sheriff, told The Bush Chicken that the county is required to live up to its responsibility of the contract with FRAMP.

“The county is responsible to prepare the selected roads to receive the surfacing or the pavement,” Sheriff said. “That work includes the earthworks, constructing the road base, and installing drainage structures where they are needed.” He said FRAMP did the rapid assessment and survey of the roads and doing the actual pavement. Sheriff also said the county negotiated with a local construction company to pre-finance the work for the earthworks on the selected roads.

Asked about the cost of the project to the county, Sheriff said, “We asked three business people for quotations; the least quotation we got was in the tune of US$701,000 to do all of the culverts and all the surface dressing.”

Road users and residents of Gbarnga are praising the county and the partner for the road construction.

Abraham Kollie, a commercial motorcyclist, said the roads when completed, would enhance the free movement of people around the city.

“For the past time we have been suffering – there are a lot of potholes on the road. If the authorities come up to say they are fixing the roads, we will really appreciate their effort,” Kollie said. Jackson Zua, another motorcyclist, said even though he appreciates the work currently being done on the road, he, however, expressed the hope of seeing a timely and logical conclusion of the project.

He explained that there were instances where the county embarked on several development projects that are currently stalled for unexplained reasons.

“There are some projects that can come in our county, but it can’t go forward. I want to appreciate them, but they need to make sure they do it good and finished on time,” Zua said.

Zua referenced an earlier 10.6 km concrete pavement project the county awarded to East International. After more than two years, the pavement that was expected to be completed in a short time is yet to be done with no signs of the company’s presence in the county.

Citizens have been calling on the county’s leaders to ensure that East International completes the pavement, especially on Gbarnga’s Broad Street, one of the streets the company left incomplete during its implementation.