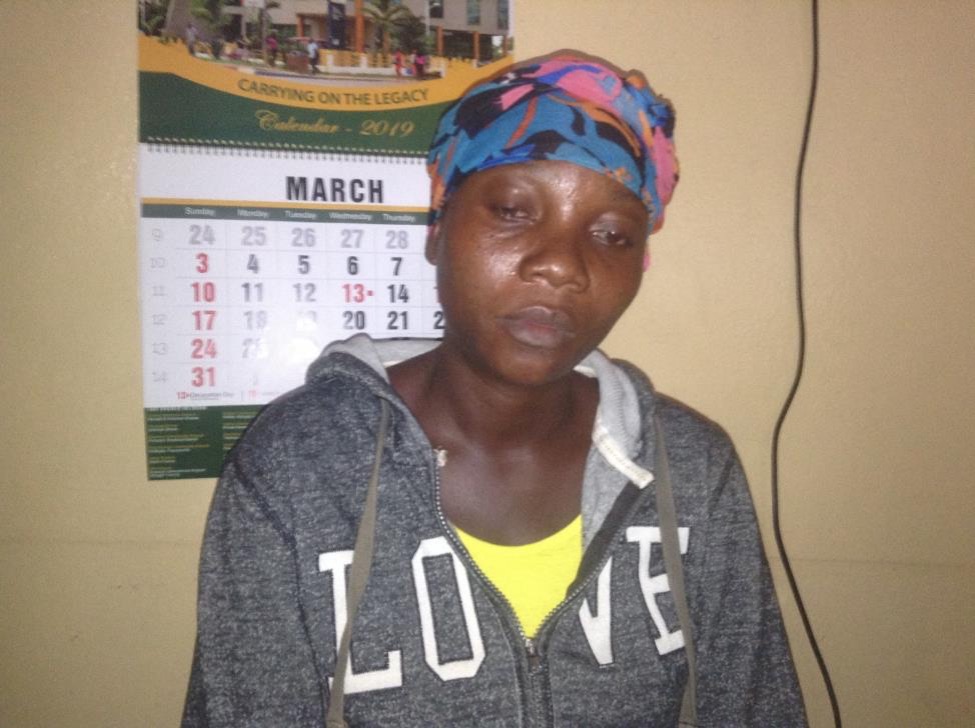 GBARNGA, Bong â€“ Police in Gbarnga are investigating Beatrice Moses, a 35-year-old woman, for kidnapping a day-old infant from the maternal wards at the C.B. Dunbar Maternal Hospital in Gbarnga.

Moses, who claims to be a resident of Clara Town in Monrovia, took the one-day-old Kebbeh Flomo out of the hospital between 7:00 -8:00 a.m., during the morning, visiting hours.

Bindu Karmo, 17, told The Bush Chicken in tears from her hospital bed that her in-law, Esther Tokpah, had accompanied her to the bathroom for a bath when Moses took her child away.

â€œWhen we were going to the bathroom, she asked that we leave the child with her here in the room. But when Esther came back, she did not see the woman and the child and so she came back to me in the bathroom and told me,â€ Karmo explained.

Moses was later arrested with the child at the Ganta immigration checkpoint, following a heightened security search operation.

According to the superintendent of police in Bong, Frederick Nepay, Moses was arrested with the child in Ganta, Nimba on Monday afternoon. She had apparently ridden a commercial motorcycle from Gbarnga to Ganta with the child when she was stopped by police.

â€œEarly hour this morning, we received a call from the head nurse of C.B. Dunbar Hospital that someone had stolen a baby from the ward. So, I called up the Ganta Police chief and informed him to alert security to arrest anyone who was crossing the checkpoint with a one-day-old baby,â€ Nepay said.

He said the police was concluding investigations to formally charge and send Moses to court.

The child has been reunited with its mother at the hospital, where they are both still receiving medical care. 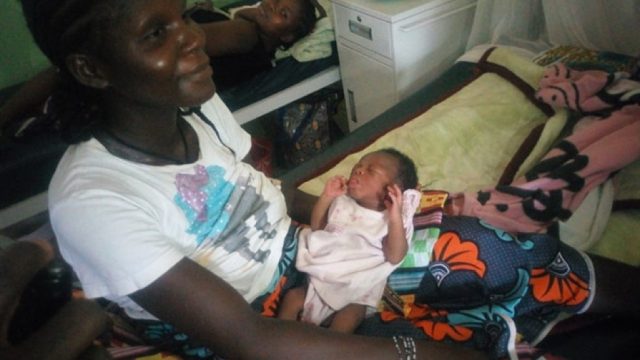 The situation has upset medical practitioners, patients, and others who have been watching the case. Many trooped to the hospital upon hearing the news of the kidnapping.

After her arrest and subsequent transfer to Gbarnga, Moses told reporters that she came to Gbarnga on Sunday with a desire to kidnap a child from the hospital as a replacement for her child who recently died after Moses gave birth to her in Monrovia. She failed to say where exactly she gave birth but maintained that a traditional midwife had assisted her.

â€œI gave birth and my child did not live. So, I never wanted to go home with my empty hands. I wanted to have the baby for myself,â€ Moses said.

Moses said she has had four children but all four had died, with the latest being a few days ago.

Meanwhile, the administrator of the hospital, Thomas Kpelewah, has described Mosesâ€™ action as an â€œunfortunate situation.â€

Kpelewah said the hospital has concluded a meeting and agreed to institute some security measures that will ensure the situation is not repeated at the hospital.

He said Mosesâ€™ claim that she gave birth recently was proven to be false after a check of her breasts for milk. He said the true motive behind the kidnapping is still unknown.

C.B. Dunbar is the only maternal hospital in rural Liberia. In addition to its Liberian case load, the hospital also caters to patients from Sierra Leone and Guinea, according to the medical director.