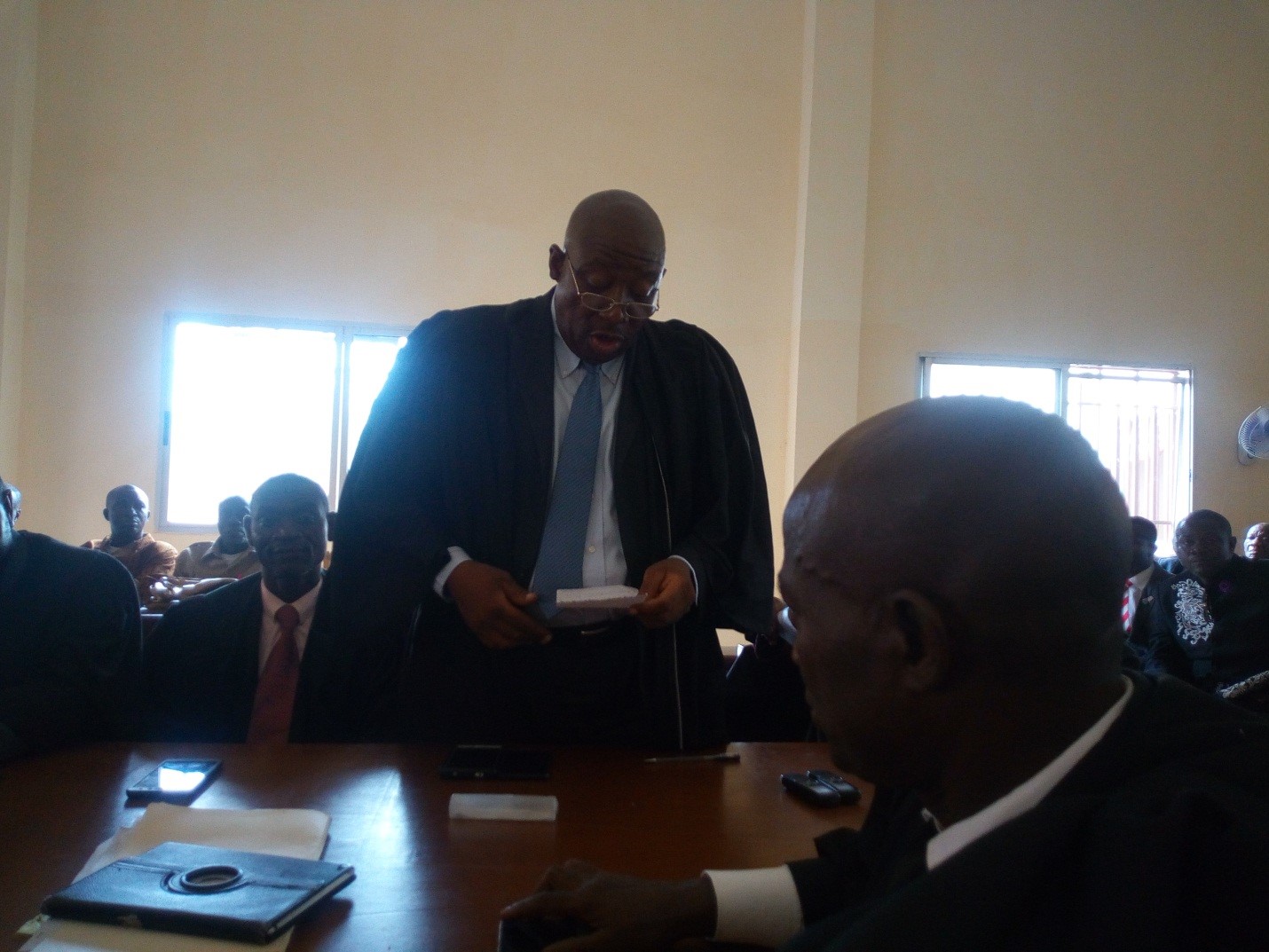 He made the comments at the August term of court opening in Gbarnga. After commenting on other legal matters, Sagbeh called the attention of Superintendent Esther Walker.

â€œMadam Superintendent, the county is in trouble,â€ he said. â€œThe leaders are fighting among themselves and development projects are stalled.â€

He named the pavement of streets in Gbarnga and the construction of the Bong County Technical College as some of the project stalled for a prolonged period in the county.

Additionally, the cost of paving 2.4 km of roads in central Gbarnga amounted to US$1.35 million and the county paid US$676,875 to East International, the company hired to implement the project. With half of the payment made to the contractor, the project is less than 50 percent complete, and the contractor has not been seen working in the county for two years now.

Sagbeh said it is about time for leaders of the county to account to the citizens about the causes of the delay in completing the projects.

â€œIt is a shame on us; the school that should help people who cannot afford to go to Cuttington has not graduated a single student. The Gbarnga Broad Street is a death trap,â€ Sagbeh said.

In response, Walker agreed with Sagbeh about the division among leaders of Bong.

â€œAs a superintendent, I find out that I am tied up; there is too much infighting amongst our lawmakers,â€ she said. Walker said she has called on Vice President Jewel Howard-Taylor, a citizen of Bong, to engage lawmakers to reconcile their differences for the benefit of the county.

She admitted that in the absence of unity among county leaders, development would be difficult to achieve.

Meanwhile, Sagbeh said his call for the completion of projects in Bong should not be viewed as political, but a wakeup call to leaders of the county.

Senator Henry Yallah, the chairperson of the Bong County Legislative Caucus recently told reporters that the county has to complete the unfinished projects before allotting money for new ones.

Yallah said he has asked Anthony Sheriff, the assistant superintendent for development, for a report on the status of all County Social Development Funded projects.

â€œIt will be the wise thing to do, to complete those ones if there will be any other county sitting,â€ Yallah said.