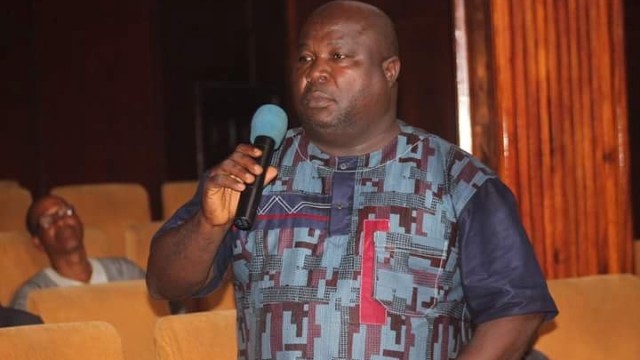 GBARNGA, Bong â€“ Representative George Mulbah, chairperson of Bong County Legislative Caucus, has reversed an earlier statement that the county had not received a dime from ArcelorMittal for its social development fund for more than two years.

Speaking in a recent interview with a local radio station in Bong, Mulbah admitted the county had, in fact, received US$200,000 from ArcelorMittal in December.

Mulbah and Superintendent Selena Polson Mappy had both told The Bush Chicken in separate interviews for an earlier investigation into Bongâ€™s missing funds from ArcelorMittal that the county had received no money.

The article sparked major debate in the county, with civil society actors and ordinary citizens calling on the leadership of the county to account for the funds.

â€œWe wish to disclose for the consumption of our citizens, the county of Bong received in its coffer an amount of US$200,000 and that funding will be used to pay some of the debts that the county owes contractors,â€ Mulbah said. â€œAnd we are also hoping that portion of that money could be used to finance the [pavement of roads] in Gbarnga.â€

Mulbah said the amount was paid to the county in December last year and further stated that another US$175,000 is to be received shortly. He did not explain why he had misspoken in the previous interview.

Companies do not pay the social development funds direct to the counties. Rather, agreed payments are made to the Ministry of Finance and Development Planning, and then the disbursement of money is determined by a county sitting council.

Mulbah said Bongâ€™s account at the Ministry of Finance and Development Planning is in â€œnegativeâ€ as a result of the alleged disbursement of US$1.7 million to the Dedicated Funds Committee that has managed the County Development Funds in 2011. He said the funds were disbursed to the DFC since 2011 for onwards payment to the county but the funds were never received by the county.

â€œEvery funding we receive here is either negotiated or we have it contingent on reconciling various documents of the county. It is our hope that before the end of this year, we will have access to another funding,â€ the lawmaker said.

He said payment to the contractors that the county owed will be done as per the resolution adopted during the 2015 Bong County Development Council Sitting.

When contacted for her response following the revelation by Mulbah, Superintendent Mappy said she had no ideas of Mulbahâ€™s claims. At the moment, several development projects are stalled across Bong; the construction of the countyâ€™s only community college is yet still far from completion and ongoing pavement of streets in Gbarnga is even slower than expected. These projects and many smaller projects across the county are currently at a standstill because of the lack of funding, according to officials of the county.

As aggregate, Bong Countyâ€™s social development fund receives US$2.3 million annually in County and Social Development Funds from the operations of all the concession companies in the county including the US$200,000 the government pays annually for county development.

The Bongâ€™s social development fund has received funds from several companies over the years, including the China Union. However, for the past two years now, officials of the county have said that the county has not received a dime from the government as County and Social Development Funds.

ArcelorMittal has consistently paid the amounts required in its Mineral Development Agreement with the Liberian government, according to Hesta Baker-Pearson, the companyâ€™s head of corporate communications.

â€œArcelorMittal pays US$3 million annually to the Ministry of Finance and Development Planning for the three counties. So from the time we started operations up to present, we have paid between US$31 million to US$31.5 million,â€ Baker-Pearson said.

In 2016, the company took advantage of the governmentâ€™s deal with â€œdeferred payment of Social Development Fundsâ€ and paid US$1.5 million for the three counties, deferring the other US$1.5 million to a later date.

The spokesperson for the Ministry of Finance and Development Planning, Abraham B. Waritay, did not respond to requests for confirmation that the ministry had received ArcelorMittal’s payments.

The recent revelation by the chairperson of the caucus has sparked major debate in the county about the use of the County and Social Development Funds, with many citizens calling for a comprehensive report of the countyâ€™s funds and expenditure from 2015 to present.

One of the persons pushing for such report is the national program officer of the Foundation for International Dignity, Aaron G.V. Juaquellie. Juaquellie has taken the debate to community radio stations in the county and even vowed to engage the leadership through the court.

This story was produced in collaboration with New Narratives and the Thomson Reuters Foundation with funding from German Development Cooperation. The funder had no say in its content.