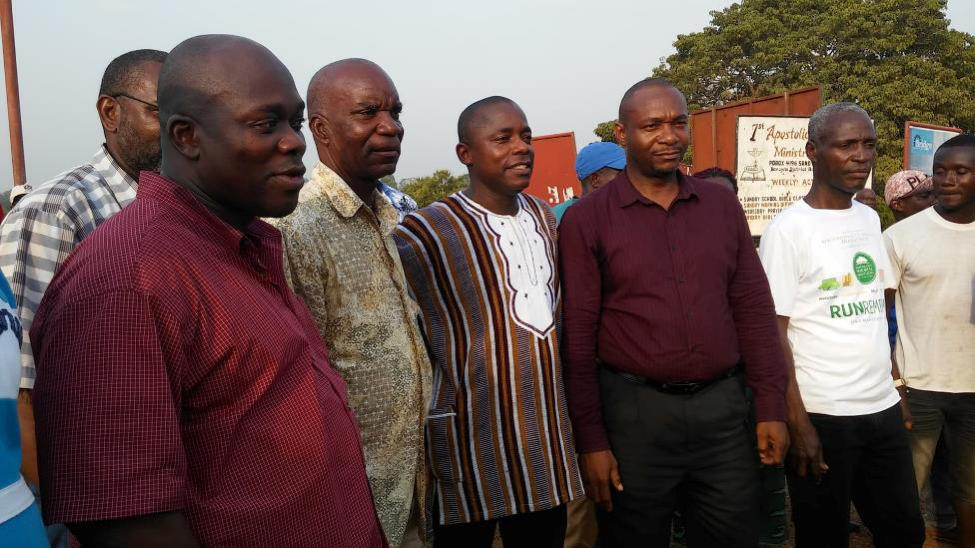 The case was resolved between the two by the Bong County Legislative Caucus through its chairman, Senator Henry Yallah.

Following the October 10, 2017 elections, Andrew Tehmeh, a candidate on the ticket of the Coalition for Liberia Progress who was defeated by 64 votes, filed a complaint to the National Elections Commission challenging the results and requesting a recount, given the relatively small margin.

Predicated upon Tehmeh’s complaint, the NEC ordered a recount that affected four polling precincts (twelve polling places) in the district.

Following the recount, Kolleh’s tally increased by two votes, according to the tally sheet from NEC’s local office with oversight of lower Bong.

Tehmeh, again, raised concerns that some of the ballot boxes were opened, adding that there may have been tampering of the boxes.

He filed a rejection complaint with NEC’s Board of Commissioners, registering that his refusal to accept the results of the recount.

But the Bong County Legislative Caucus, through its chairperson, intervened and brought the matter to a settlement in the district on Wednesday.

“We were able to bring together the both sides, we had series of meetings and we resolved it in Sanoyea where the both parties agreed to come together and work together for the good of the district,” Yallah told Radio Gbarnga Friday.

Yallah said the settlement was done in the midst of supporters of Kolleh and Tehmeh, including permanent citizens in the district.

“Andrew Tehmeh has accepted the results and granted arms to Papa Kolleh as the representative elect of district number seven,” Yallah noted.

For Tehmeh, he says his desire to abandon the case is an expression of his love for the people of the district.