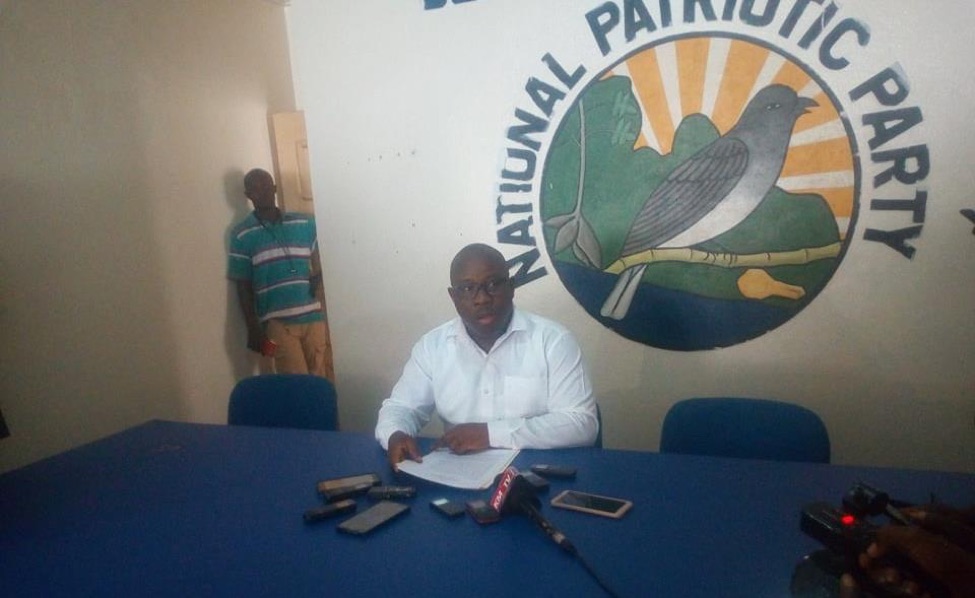 MONROVIA, Montserrado â€“ Bongâ€™s third district representative, Marvin Cole, has described claims that he is conspiring with Vice President Jewel Howard-Taylor to overthrow the government of President George Weah as â€œfalse and malicious.â€

In a recent audio recording leaked to the media in which Bongâ€™s superintendent, Esther Walker, explains her encounter with senior government officials, Walker said Minister of State Nathaniel McGill and Finance Minister Samuel Tweah had informed her that the lawmaker was conspiring with the vice president to overthrow the government.

â€œSo your Dahkpanah took the title that supposed to be to the president and gave it to the vice president? Marvin Cole and the Vice President want to overthrow our government? We will revenge!â€ Walker quoted McGill as saying in the audio.

Cole and other officials, including Public Works Minister Mobutu Nyenpan, had accompanied the vice president in January when the traditional chiefs and elders of Bong bestowed Howard-Taylor with the highest distinguished traditional title in the Kpelleh tradition, â€œPonofaloâ€ for her role in sponsoring the bill that created the National Traditional Council of Liberia. The title was also given in recognition of the vice presidentâ€™s service to the people of Bong and Liberia.

Among several revelations, Walker claimed that McGill and Tweah informed her that Cole and Howard-Taylor were conspiring to overthrow the government.

â€œSamuel Tweah said we will revenge to the letter. He said the only God that blessed you, you worked for all of us to be employed; two, you [are] in the middle. If you [was] coming be left and right, you was going to be the first to take the heat.â€

She further explained that the two officials disclosed that Rep. Cole would no longer have direct access to the president, alleging that the lawmaker is also plotting to kill the president.

â€œSamuel Tweah told me say, Melvin [sic] Cole, under no way he will see our president before he kills him,â€ she said.

â€œMcGill told me say, his foot not in my office. He will never see the president in his life again. He will see George Weah on TV; except George Weah goes in the House [of Representatives], maybe all the representatives them, but for Melvin [sic] Cole to come one-on-one, it will never happen as long as we are here,â€ she continued her revelation.

At a press conference held on Sunday at the headquarters of the National Patriotic Party, a member of the governing Coalition for Democratic Change, Cole dismissed ever harboring plans to kill the president or conspire with the vice president to overthrow the government.

â€œLet me firstly make it emphatically clear that these accusations are false, malicious, lack any iota of truth; [and] has the potential to turn away investors from our national environment,â€ he said.

He wants officials of the government involved in spreading such misinformation about him and the vice president to desist, as according to him, such a situation has security implications. He assured the president of his continued unwavering support and commitment to the administration.

â€œI will do nothing, absolutely nothing, to undermine the government or join any plot against him â€“ not now or in the future,â€ he said.

In the wake of the leaked audio, President George Weah suspended Walker on Friday from her post pending the results of an investigation. She is yet to make any public comment on the release of the recording or her subsequent indefinite suspension. But the crisis continues to generate mixed views among Bong citizens. 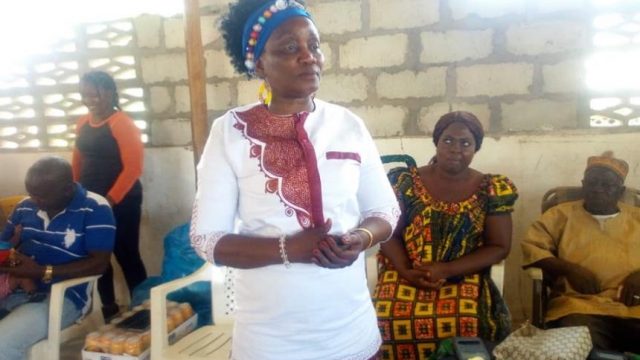 While some are in solidarity of the superintendent, others have blamed what they believe is her â€œadministrative ineptitudeâ€ for her disclosures in the leaked recording.

Other officials the superintendent claimed were present during the interaction with the presidentâ€™s top aides have denied being present during the incident Walker recounted. They include Monroviaâ€™s Mayor Jefferson Koijee; the head of the National Traditional Council, Zanzan Karwah; and Moses Browne, permanent representative-designate to the International Maritime Organization.

The recording has it that Koijee and Browne were identified as some of those that were part of the interactions at Weahâ€™s private Jamaica Resort when the ministers made the allegations. Koijee denied that ever being at Jamaica Resort on the date of the alleged conversation, while Browne also said the allegations in the recording were false and misleading. Karwah, too, has refuted claims that he was instructed by the president to remove Moses Suakollie as Dakpannah.

As it stands, McGill and Tweah, the prime discussants revealed in the leaked audio are yet to make any public comments on the allegations against them.