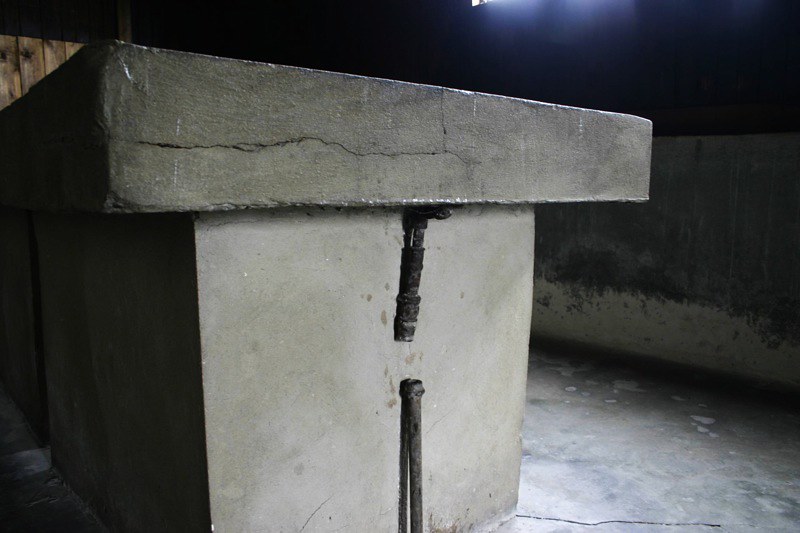 BUCHANAN, Grand Bassa – After pressure from civil society groups, the Ministry of Justice says it has conducted an autopsy on the remains of a Liberia Drugs Enforcement Agency officer who died in April in Buchanan.

Robert Toe was found dead in the ArcelorMittal concession area at night hours. Prior to his body being discovered, Toe’s wife, Susan Toe, said her husband had been picked up by a well-known local Buchanan businessman, Fredi Nasser, late at night.

After police investigated the situation, Nasser admitted going for a ride with Toe, but the businessman said Toe became ill and started vomiting in his car, prompting Nasser to ask Toe to exit the vehicle.

Police arrested Nasser, but later released him, pending an autopsy to establish Toe’s true cause of death.

Toe’s body was deposited at the Evening Rest Funeral Home on Kilby Street in Buchanan, and the government delayed in conducting an autopsy, prompting Toe’s family and civil society organizations to pressure the government to act.

In October, a group of citizens wrote the office of Grand Bassa’s Superintendent Janjay Baikpeh, alerting him that they were planning a protest on November 4 if the government failed to conduct an autopsy on Toe’s body and re-arrest Nasser.

News of the protest prompted the Liberia National Police’s deputy inspector general for operations, Marvin Sackor, to visit Buchanan, where he met with concerned citizens. During that meeting, a spokesperson for the group, S. Channy Davis, said the government had not taken Toe’s death seriously.

In response, Sackor promised swift action and asked the group to abandon its planned protest. He told them that Nasser was a person of interest and if the autopsy establishes probable cause that requires re-arresting Nasser, the government would do such.

Two days after the meeting, Superintendent Baikpeh informed the public that a pathologist would arrive in Buchanan on November 1 to begin work on Toe’s corpse. After delays associated with the Justice Ministry not initially providing documentation authorizing the pathologist to access the body, the autopsy was finally conducted on November 4.

Benedict Korlee, the pathologist, performed the autopsy in the presence of civil society representatives, assistant superintendent for development Flee Glay, and Susan Toe.

After the autopsy, Korlee asked the public to await a final report where he would establish the cause of Toe’s death, although he could not predict when all the tests would be concluded.

“That will depend, because some of the information we going to gather, some of the tissues are going to go out of the country, especially the toxicology aspect, because this is a modern autopsy we did,” Korlee said.

“The entire body – the brain everything was examined, and even after we gathered some of the information, we are going to take some of the things we took from the stomach, pieces of the liver, something from the kidney, the brain and all of that.”

Glay, the assistant superintendent, described the process as “transparent.” He called on citizens to remain calm and wait for the results.

Toe’s wife also appeared pleased with the process, noting that she was “happy with the way he [the pathologist] did the work.”