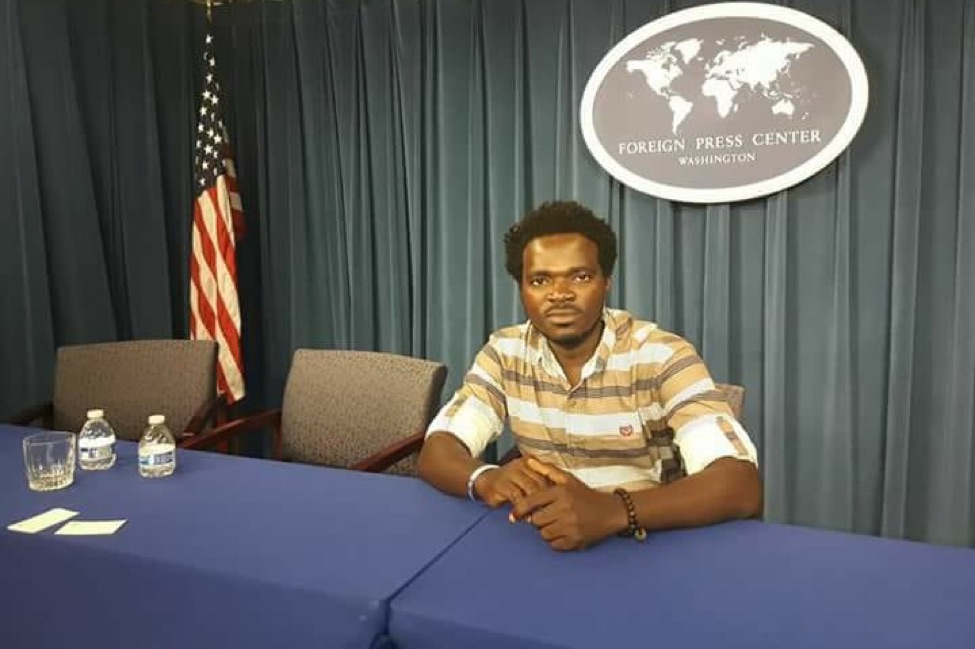 MONROVIA, Montserrado â€“ A reporter working for The Bush Chicken and Radio Gbarnga has won the 2019 Young Leaders in Agricultural Journalism Award.

Moses Bailey was among 10 recipients announced last week by the International Federation of Agricultural Journalists, also known as IFAJ. Bailey is the partnership manager of the Liberia Agricultural Journalists Network. He won the Press Union of Liberiaâ€™s Development Reporter of the Year award in 2017, after previously being recognized as the Human Rights Reporter of the Year in 2011.

Bailey has expressed excitement over his selection for the 2019 IFAJ award, and praised The Bush Chicken and Radio Gbarnga for continuing to provide him mentorship and the space to actualize his skills.

He said the knowledge and skills he will acquire from the young leaders program, coupled with the network of professionals, will benefit his colleagues and local network when he returns to Liberia.

â€œI also intend to increase my coverage in the field of agriculture to help educate smallholder farmers with extension information and access to market as a way to empowering them to increase their productivity,â€ he said in an interview.

The IFAJ Young Leaders Award was established in 2006 by the International Federation of Agricultural Journalists and Alltech to recognize emerging leaders in agricultural journalism and communications from around the world.

In addition to global recognition, awardees will participate in professional development and networking programs held in conjunction with IFAJâ€™s annual congress.

According to an IFAJ release, this yearâ€™s honorees are journalists and communicators who have demonstrated outstanding achievement in reporting as well as excellent potential as leaders of the industry in the years to come. They were chosen by an international jury among applicants from many of IFAJâ€™s 50 member countries.

Alltechâ€™s president and CEO, Mark Lyons, said the organization was proud to support the honorees as the next generation of journalists who are passionate about sharing the real stories of the farm and field.

This yearâ€™s award winners will attend the 2019 IFAJ Congress in Minneapolis, Minnesota, USA in July. They will also participate in a boot camp consisting of professional development and networking workshops and farm visits in southern Minnesota.

According to the Secretary of IFAJ, Steve Werblow, the program has helped to strengthen several individualsâ€™ careers and organizations around the world.

Steve said bringing together talented, motivated and energetic young professionals has remained a highlight of the year while watching them go back home with new contacts and perspective also remains exciting.

â€œMany of our organizationâ€™s dedicated volunteers are alumni of the Young Leaders program, which is [a] true testament to how it helps build IFAJ year after year,â€ he said.

â€œWe are grateful to Alltech for its long commitment to the future of agricultural journalism and very excited to meet the Young Leaders of 2019.â€