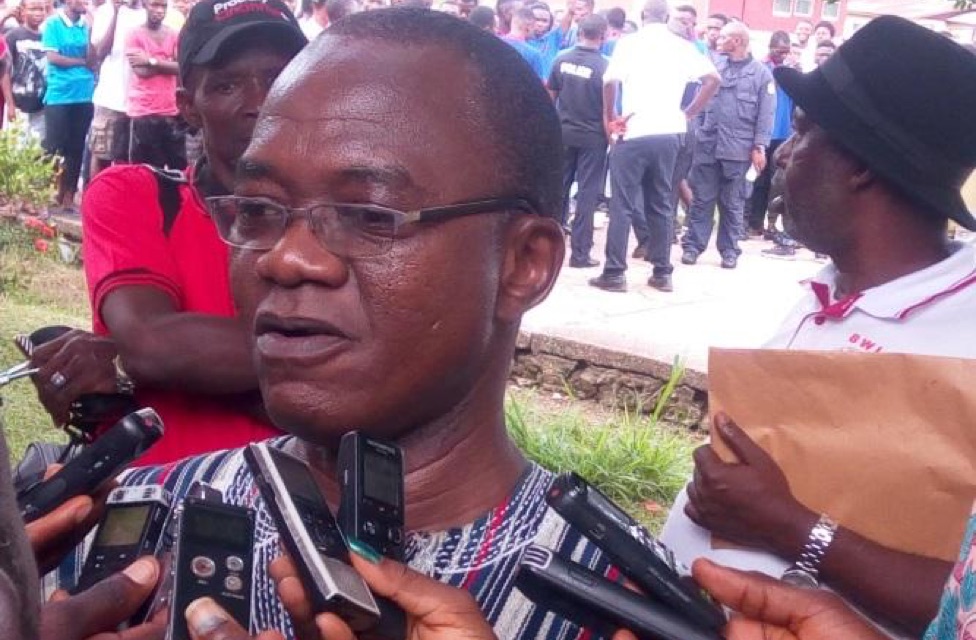 KAKATA, Margibi â€“ The principal of the Booker Washington Institute, Harris Tarnue, has been relieved of his post following a meeting of the institutionâ€™s board of governors.

The BWI principal was fired after being accused of â€œnepotism, administrative improprieties and gross disrespectâ€ to the instituteâ€™s Board of governors.

A communication dated May 16, 2019, from the Ministry of Education noted that the decision to fire Tarnue was prompted by the BWI board resolution declaring a unanimous vote of no confidence in Tarnue as principal of the school.

The boardâ€™s decision, according to the resolution, is based on findings by the grievance committeeâ€™s report, which points to evidence of nepotism by the principal.

The resolution also noted that following a review of the payroll, the board found multiple employees under the principalâ€™s supervision who are noted to be members of his family.

The boardâ€™s grievance committee report also said Tarnue took improper actions against some of the schoolâ€™s staff, including department heads who were dismissed, demoted, or saw a cut in their allowances and loss of housing for no justifiable reason.

The board unanimously declared that they could not continue working with Tarnue as principal because of those reasons and they opted for his immediate dismissal.

Following a tense meeting last Friday, the board resolved to appoint James Wremongar Walker, BWIâ€™s industrial coordinator, to serve as acting officer-in-charge to safeguard the assets of the institution until President George Weah validates the boardâ€™s decision.

John Youboty, BWIâ€™s board chairman, told reporters that the decision of the Ministry of Education to relieve Tarnue of his post was eventually accepted by the office of President Weah.

Tarnue was appointed in 2015 by former president Ellen Johnson Sirleaf following a Civil Service Agency vetting process that included nine candidates, including two Ph.D. holders. Tarnue was deemed the most qualified for the position.

The embattled principal has accused the leaders of the Coalition for Democratic Change in the county for stage managing the plot for his removal, as he is not a member of the CDC.

â€œThe hierarchy of the party in Margibi has always been witch-hunting me for not being a member of the party,â€ Tarnue noted.

Despite branding himself as non-partisan, Tarnue told reporters that he is a founding member of National Patriotic Party and it was disappointing for him to be seen as an outsider in a coalition government, of which the NPP is a member.

He accused the assistant minister of research and planning at the Ministry of Education, Dominic Kweme, of being one of those masterminding the plot against him.

â€œDominic Kweme came here on one occasion, meeting with the staff here and said I am witch-hunting their partisans here, which is far from the truth,â€ Tarnue said.

Meanwhile, prior to the boardâ€™s resolution being released, the president of BWI workerâ€™s union, Foday Rogers, condemned the boardâ€™s decision and has assured the support of the unwavering support of the more than 300 employees who are union members of the union support to Tarnueâ€™s administration.

Rogers appeared on a local radio talk show to say that Tarnue still enjoys the confidence of the workers and any decision, on the contrary, could create an unstable working environment.