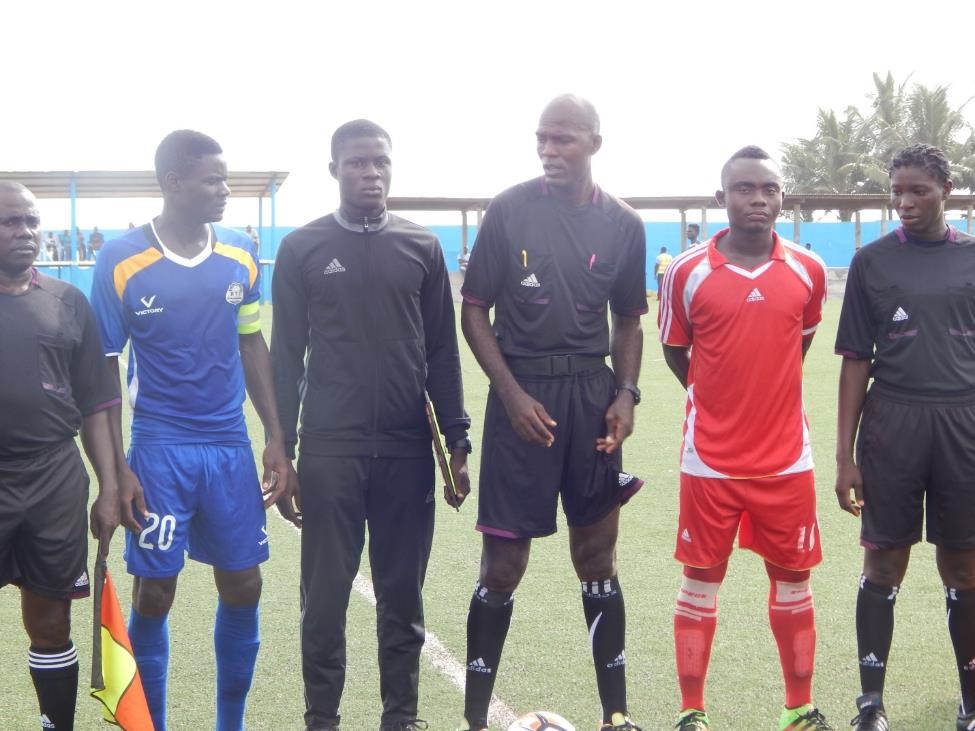 For Monsterrado, the match was in preparation of the upcoming National County Sports Meet, while BYC was preparing for the new LFA first division league season and the 2017 CAF Champions League.

Despite playing against a team that consisted mostly of third division players, BYC showed a strong desire to win, with a strong line-up that included Mark Paye, Van Dave Harmon, Benjamin Gbemy, and David Tweh.

A brace from Harmon and a goal each from Paye, Yaya Bility, Ketu Jerbo, and Karleo Anderson, were enough for the ‘Go Blue Boysâ€™ to grab an easy win over Monsterrado, whose lone goal was from the spot through Musa Kabbeh.

Ten minutes into the first half, BYC took the lead through former Monsterrado attackerÂ Jerbo, who made his debut since he left ELWA United two months ago. The U-20 national team star fired from 18 yards following an assist from Tweh, to register his name on the scoresheet.

BYC proved dominant in possession and prevented Monsterrado from posing any threat. They doubled their lead in the 28th minute through Paye, before Harmon made it three during the first half stoppage time.

Three minutes into the second half, Harmon increased the count to four for BYC with a low range shot from within Monsterradoâ€™s penalty area.

Two minutes after conceding a fourth goal, Monsterrado launched their first major attack from which they earned a penalty. Anderson brought down Reeves FC winger Robert Coleman and Kabbeh converted the penalty to score the only goal for Monsterrado.

But BYC was relentless at goal. Soon after, they registered a fifth goal in the 75th minute with a header from right back Anderson, who suffered a critical injury, immediately after the goal. The match was paused when the right back dropped unconscious after his header. With the help of the Red Cross, he was given first aid and quickly rushed to JFK Memorial Hospital for further treatment.

With the entire stadium going silent after the incident, the match resumed ten minutes later, and BYC put smiles back on the fansâ€™ faces, when they got their sixth goal in the 86th minute through the newly signed Bility, who came in as a late substitute.

Despite the humiliating 6-1 loss, the head coach of Monsterrado, Samuel Sumo, said he was still proud of his teamâ€™s performance. The former BYC coach in an interview after the match said he played against a strong and well-prepared side. â€œIâ€™m not discouraged about the result today. BYC is a big team. Unlike my team that is still carrying on preparation for the County Meet, they are well organizedÂ and have a lot of quality players in their team. The game helped us a lot. We have seen our deficiencies and will work on them.â€