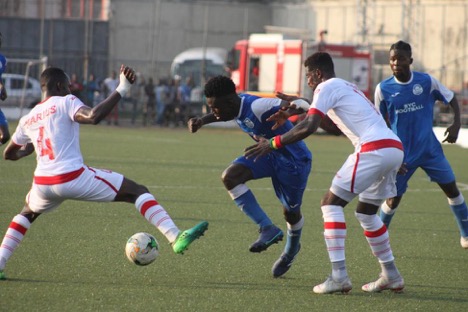 MONROVIA, Montserrado â€“ Liberiaâ€™s first division and FA Cup champions Barrack Young Controllers Football Club have been booted out of the 2018-19 CAF Champions League by Guinean side, Horoya AC. BYC FC bowed out of the competition after falling to back-to-back defeats.

The Go Blue Boys had suffered a 1-0 defeat away in the first leg on November 28 and were hoping to grab at least a 2-0 win in the return leg to reach the first qualifying round. However, they were unable to show their attacking power. They failed to score a single goal in the two games.

With Horoya having a one-goal advantage, BYC FC was under pressure to produce to sink Horoya AC.Â  It turned out to be the opposite in the match, as Horoya came out to push for more goals at the Antoinette Tubman Stadium, making life difficult for the Go Blue Boys. 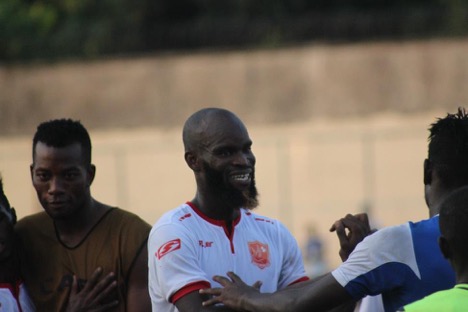 Just as the first half of the first leg ended goallessly, the two teams played to a goalless draw in the first half with Abdoulaye Bility missing the only open clear chance for BYC FC. In search of a goal, BYC FC introduced the 2018 first division most valuable player, Kelvin Potis, who brought a huge force in attack for BYC FC.

However, BYC FC was still unable to break through the Guinean defense until the 74th minute when Nigerian striker Sakin Bolaji scored from Abou Camara cross. Horoya took the lead and pushed for more goals, but were denied by BYC FC goalkeeper, Alpha Jalloh, and center defender, Eugene Swen, who kept the score at 1-0.

BYC FC failed to score from several attacks in the remaining minutes of the match as Horoya ended the match with a 1-0 win. Horoya advanced to the first round with a 2-0 aggregate win over BYC FC. 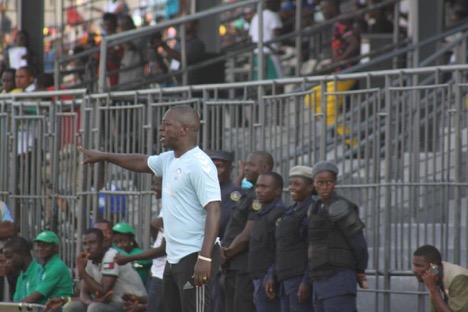 BYC FCâ€™s assistant coach, Samuel Sumo, said his team played well and didnâ€™t deserve to lose.Â  He called on BYC FCâ€™s supporters to maintain their enthusiasm for the team as they prepare for the new league season.

â€œThat is just football. Sometimes you win, you lose or you draw. Today, we were unable to win and we fell to a narrow defeat. It wasnâ€™t what we expected, but thatâ€™s football. Now, we have to go back to the drawing board and prepare for the new league season,â€œ Sumo said.