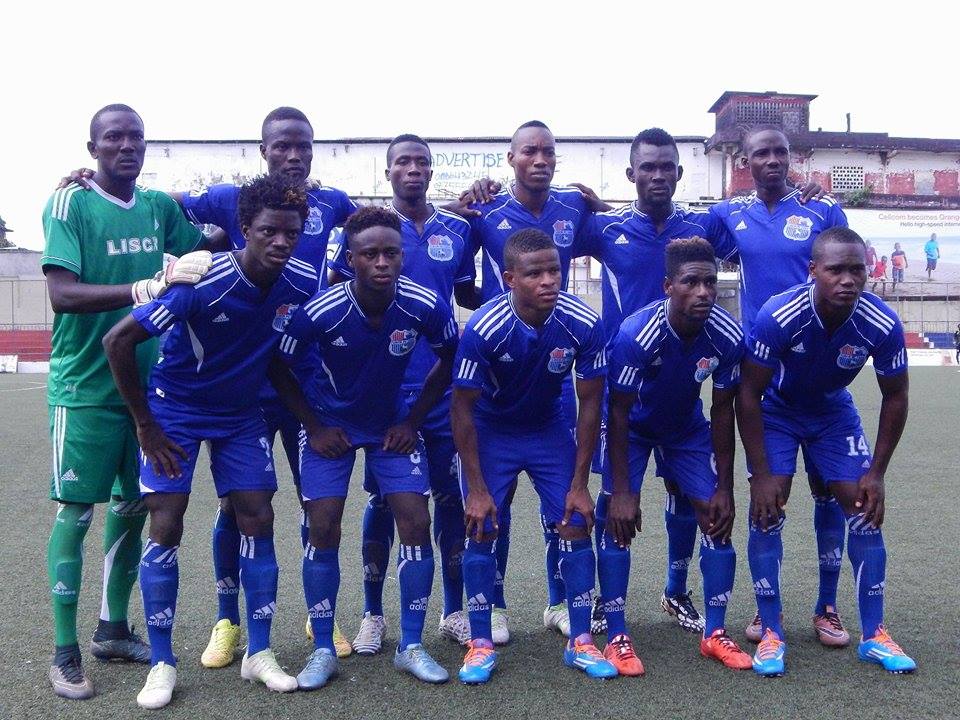 MONROVIA, Montserrado â€“ The first round of the 2016-17 Liberia Football Association Knockout competition has ended with four teams advancing to the next.

Goals from strikers Trokon Myers and Christopher Jackson were enough to send the Shipping Boys through to the next round. LISCR wunderkind Edward Ledlum produced another phenomenal performance, contributing to both goals.

With the previous meeting ending in a 4-3 win for LISCR, Watanga was unable to reverse the scoreline in the second leg and the latter fell to a better side. It took LISCR just 11 minutes to get the teamâ€™s first goal through former BYC striker, Trokon Myers who converted Ledlum’s cross into the back of the net to put the side ahead.

Watanga came close to getting the score leveled six minutes later through Chauncy Freeman through a free kick but LISCR goalkeeper Tommy Songo made a diving save to tip the ball out for a corner.

Watangaâ€™s poor ball possession gave LISCR more control coupled with several missed chances before the end of the first half. Fallah Sheriff nearly doubled LISCR’s lead on the half hour mark after receiving a through-ball from Myers but the opportunity was denied by Watanga’s goalkeeper Wiston Sayuoh, to end the first half 1-0.

The Shipping Boys got right back to business and kept searching for the safety cushion of a two-goal lead in the second half. The teamâ€™s golden chance to extend the lead came in the 61st minute through Christopher Jackson who finished from within the penalty box.

Ledlum once again engineered the goal by getting past four of Watanga players before playing the ball across goal to find Jackson, who was in the right position to put it in the back of the net.

Unfortunately for LISCR, its goal scorers had to be substituted following an accidental collision but with two goals up, the team kept possession and made it difficult for Watanga to pull a goal back. First division champions Barrack Young Controllersâ€™ poor form this season continued to dip after it was booted out of the tournament by FC Fassell. The Soccer Missionaries knocked out the Go Blue Boys in a penalty shoot-out after forcing a 2-2 draw in extra time of the 90th minute.

Mark Paye put BYC ahead in the 14th minute but saw his goal canceled within five minutes to the end of the first half after Fassellâ€™s James Walatee scored to level it at 1-1 before the break. BYC took the lead again seven minutes after the break through defensive midfielder Gideon Williams.

The three-time Liberia first division champions held on to the 2-1 lead until the 90th minute but the heartbreaking moment came in the first minute of added time when Fassell struck a late equalizer through Elijah Clarke.

BYCâ€™s poor defense and lack of penalty shootout skills as evident in the just concluded CAF Champions League and Confederation qualifiers gave Fassell the upper hand as favorites to win in penalties. Prince Kennedy and goalkeeper Allenton Sembeh missed their shots for BYC while Fassell scored all of four kicks to win 4-2. Relegation-threatened side, Invisible Eleven put behind them a disappointing performance in the ongoing first division league to reach the second round of the FA Cup after a 4-2 win over second division team, Tony Football Club.

Meanwhile, the draw for the second round was made during the last match of the first round between LISCR Football Club and Watanga. The draw saw four first division teams drawn against each other with the remaining five meeting second and third division sides.

Invisible Eleven will have to rediscover its best form for a chance to reach the third round after being drawn against fellow first division side Keitrace Football Club while first division side facing relegation, LPRC Oilers, was handed a tough test against high-flying Monrovia Club Breweries.

According to the chairman of the competition committee, Ansu Dulleh, unlike previous competitions where teams play once to advance to the next round, this yearâ€™s competition will see teams playing each other twice on a home and away format.

Dulleh further noted that all rules including away goal will be taken into consideration. The second round will kick off on Wednesday, May 24.