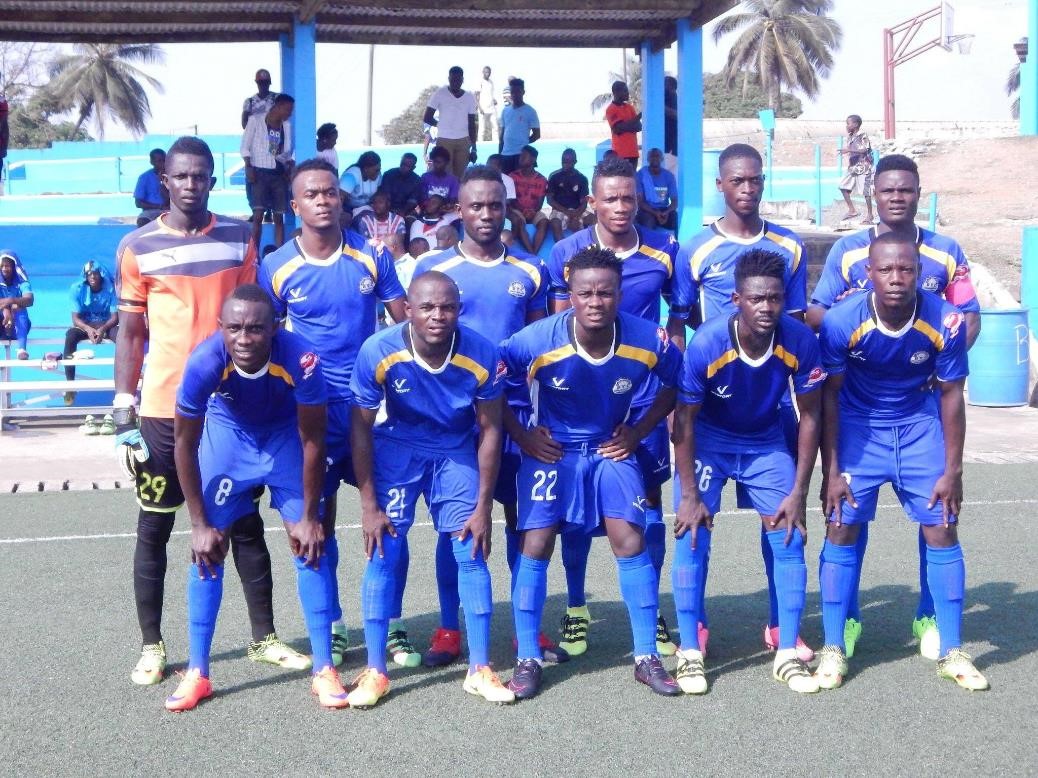 MONROVIA, Montserrado â€“ Liberia first division champions Barrack Young Controllers has returned from Mozambique after participating in the first round qualifiers of the 2017 CAF Champions League.

The Go Blue Boys left the country last Wednesday and arrived in Beira on Thursday evening before their match against Clube Ferroviaro de Beira on Sunday, March 12.

They arrived in Liberia on Wednesday, March 15 via the Roberts International Airport to prepare for the return leg.

The Mozambican side made use of their home advantage as they whipped their opponents by a convincing 2-0 score line. A goal in each half from Manuel Fernandes and Dayo Antonio were enough to deny BYC from getting any points.

Clube Ferroviaro de Beira enjoyed early possession and made use of their attempts before the end of the first half. The Mozambique league champions took the lead in the 39th minute through Fernandes, who headed in Henry Anthonyâ€™s set piece. They doubled their lead during the second period of the match when Antonio capitalized on BYC goalkeeper Allenton Sembeh’s error. The BYC shot stopper slowly came out to clear a ball from his danger zone and arrived seconds after Chelito Omar set up Antonio, who struck the ball into the net.

The road defeat leaves the qualification of Liberian CAF Champions Leagueâ€™s lone representative to the group stage in serious doubt. They will have to overcome the 2-0 score line on Sunday, March 19 when they meet in the return leg at the Antoinette Tubman Stadium. The three-time Liberia league champions will need to avoid losing at home and score at least three goals in the full 90 minutes to qualify.

Despite two goals down going into the second leg, BYC’s striker Mark Paye remains optimistic about his team going through to the group stage. The Liberia national team striker admitted that it wouldn’t be an easy task, but they are well prepared to face their opponents.

â€œIt’s a sad thing to lose away from home by two goals without scoring a goal. That left us with [a]Â lot of work to do at home,â€ Paye said. â€œThey have a very strong team, and we will have to work harder to get pastÂ them. We are prepared for it, and we will surely achieve it. I’m not understating them, but I’m confident of my team.â€

If they overcome their challenges, BYC will become the second Liberian club team behind the Sensational LPRC Oilers Football Club to enter a group stage of a CAF Competition. The Oil Boys played the 1989 CAF Cup Winners Cup group stage before being knocked out in the quarterfinals.