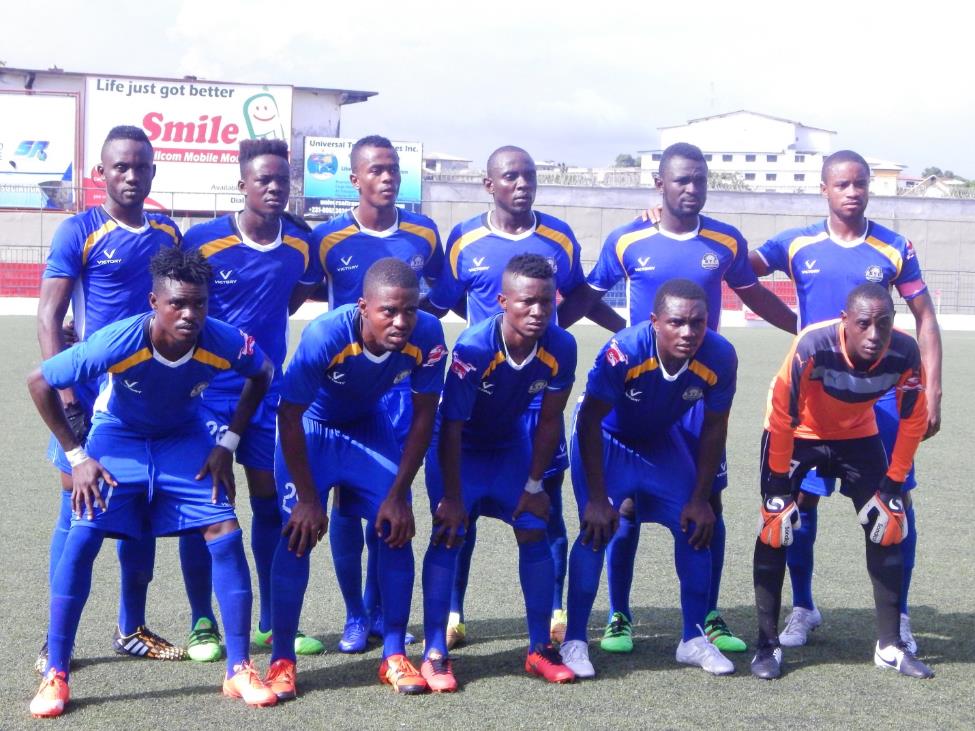 MONROVIA, Montserrado â€“ First division club Barrack Young Controllers has solidified its position at the top of the league table after an emphatic 2-1 win away at the Bong County-based Mighty Dragons.

The Blue Boys came from a goal down to sink the Mighty Dragons deep into relegation.

The home team took the lead in the 20th minute through a Joseph Mento goal but Mark Paye leveled level the score for BYC in the 41st minute.

Paye, who is the leagueâ€™s leading goal scorer with 14 goals, won and controlled the ball in the Dragonsâ€™ penalty box, before placing the ball at the back of the net to end the first half at 1-1.

Back from the break, the Dragons missed the opportunity to take the lead for the second time after they were awarded a penalty for a Claudius Morrisâ€™ hand ball. However, they missed a golden opportunity after Christopher Amadiah was denied by goalkeeper Morris Tarr who made a brilliant save.

Speaking after his teamâ€™s 2-1 Victory over the Mighty Dragons, BYC Coach Cooper Sannah said with the victory, he is confident of winning the league and will fight to maintain his unbeaten home record.

BYCâ€™s last game at home is against Keitrace FC on Sunday, July 24. Sannoh has assured fans of the club they will take all points.

â€œWe know that at this stage of every league it is difficult to play teams in the top, middle, or bottom of the tables. Everyone wants to finish strong, but we are determined to keep our undefeated home record.â€

BYC are undefeated at home this season after playing eight games at home and collecting all 24 points. They top the table with 40 points, six points over second place FC Fassell with 34 points.