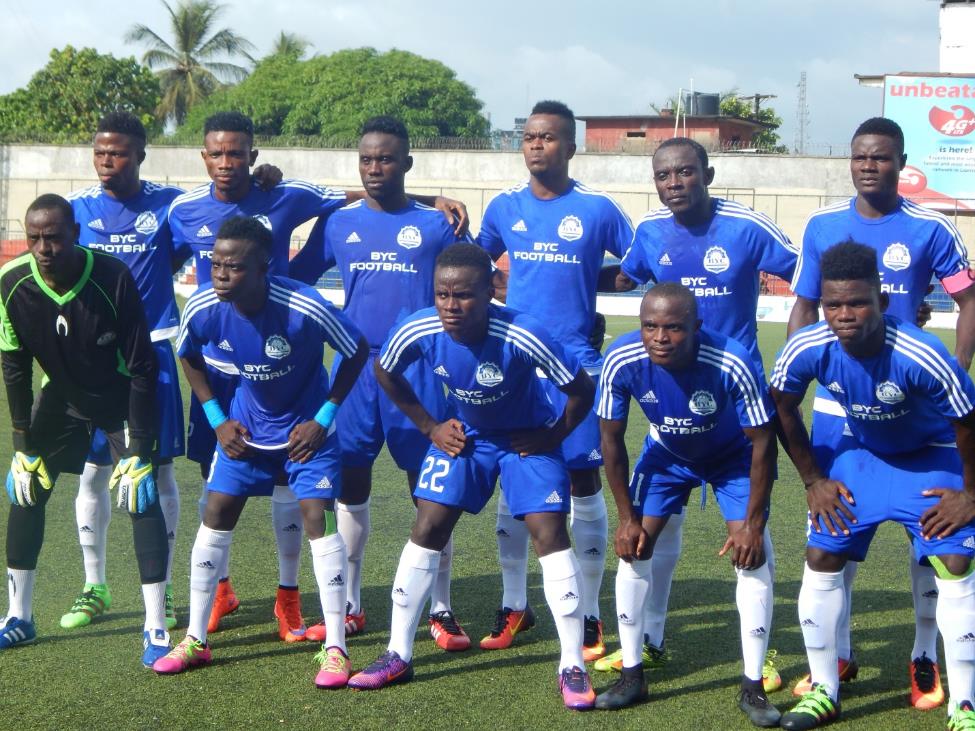 MONROVIA, Montserrado â€“ Barrack Young Controller, the champions of the Liberia Football Association National First Division League, will play Stade Malien de Bamako of the Malian Premiere Division on Sunday, Feb 12, at the famous Antoinette Tubman Stadium in the preliminary round of the 2017 Confederation of African Football Champions League.

The Go Blue Boys will be making their third appearance in the competition after failing to make the group stage on two occasions. They made their debut in 2014 with a shocking result in the preliminary round. The Liberian club surprisingly knocked out an experienced Ghanaian club, Asante Kotoko, to advance to the first qualifying round where they lost to Sewe Sports, an Ivorian League One club.

They failed to repeat their success in their second appearance in 2015 against Gambian Premier League Club, Real de Banjul. The three-time Liberian top league champions bowed out of the competition in the preliminary round after falling to a 2-1 aggregate loss to the Gambian team.

Two years since its last appearance, BYCâ€™s club president Sekou Konneh said his team is hoping to reach the group stage this year.

In a press conference held at the BYCâ€™s compound located in the PHP Community, Konneh told reporters BYC has passed the stage of simply participating and is now aiming higher.

â€œFortunately for us, the format of the competition has changed,â€ Konneh said. â€œAfter just two qualifying rounds, you are into the group stage. Thatâ€™s why this game is a set-up to what we want to achieve. We are playing at home and need to take the maximum advantage to help us achieve our goal.â€

Unlike last season when BYC was a tough team to beat, the club has been in poor form recently. Having lost to league strugglers Mighty Barrolle and league leaders FC Fassell at home, BYC has managed just a single win in their last four matches. Their only win was a narrow 2-1 victory over Keitrace. They played to a goalless draw against Watanga Football Club.

Despite their recent poor performances, Konneh is confident that his team will have positive results against their counterparts.

â€œYes, those things are facts but the mentality when it comes to [an] international game is completely different from a local game,â€ Konneh said in reference to his teamâ€™s recent struggle. â€œThe players â€“ including the organization itself â€“ understand what is at stake. We have played an international friendly against Sierra Leonean club FC Johansen and we won them. I think it shows our international pedigree is still there and we are going to build on that.â€