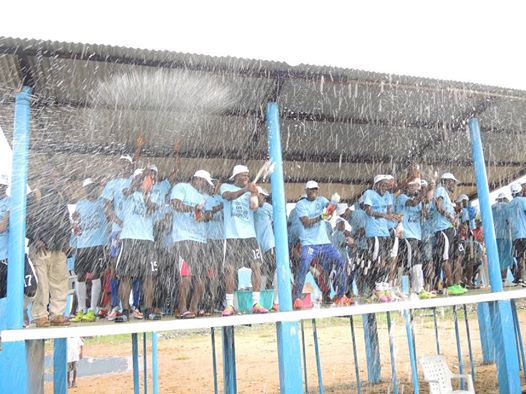 BYC started the campaign as a favorite after missing out on last seasonâ€™s championship.

First, BYC came from a goal down to draw. After getting the equalizer, BYC, playing at home, mounted more pressure on ELWA as Claudius Morris, David Tweh, and Prince Saydee missed several chances to give BYC the lead.

After several fruitless efforts, BYC took the lead in the 37th minute through Mark Paye, who scored with a close range header to end the first half 2-1 for BYC. The goal turned the Blue Field into the scene of jubilation, as fans started to sing the song â€œIt finish oo.â€

Both sides were unable to get a goal again in the second and final half of the match as BYC grabbed the crucial win to clinch the 2016 LFA first division title.

The brace increased Mark Payeâ€™s goals to 16, making him the leading goal scorer of the league, while BYC clinched its third league title in six years.

The champions will play away at the NPA Anchors on July 16 and host Keitrace FC on July 24, where they will be presented the league trophy.