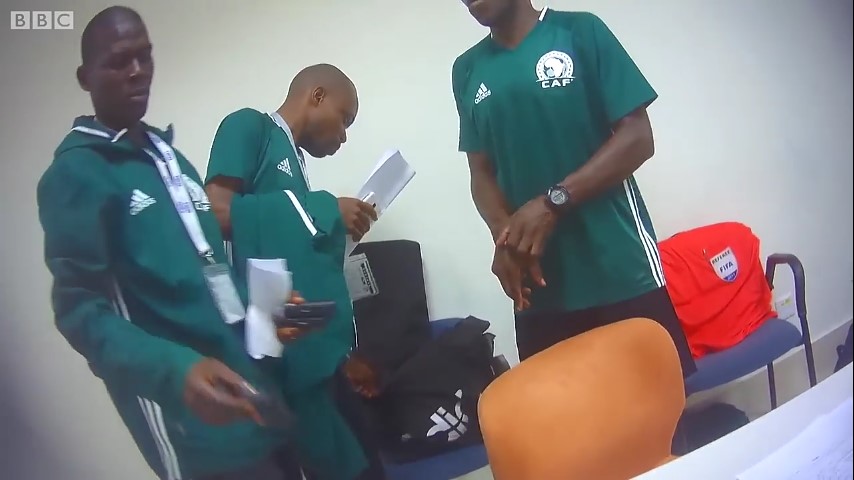 MONROVIA, Montserrado â€“ A senior member of the Liberia Refereeing Association, Jerry Yekeh, has been provisionally suspended by the Confederation of African Football over allegations that heÂ fixed matches during the 2017 West African Football Union Nations Cup that was hosted in Ghana.

Yekeh, who is a FIFA-badged referee, was among several referees seen in the video of Ghanaian undercover journalist Anas Aremeyaw Anas that exposed corruption in African football by referees and senior football officials.

The release from CAF via their official website disclosed that 11 referees were handed different bans of between 2 to 10 years while a Kenyan referee, Marwa Range, was given a lifetime ban. Yekeh, who was the only Liberian referee in the 2017 WAFU Nations Cup, was among 11 other match officials provisionally suspended pending their appearances before the CAF disciplinary board on August 5.

Midfielder Winful Cobbinah of Ghanaian premier league club Accra Hearts of Oak scored the only goal in the 73rd minute to help Ghana to a 1-0 victory over Mali. The Black Stars advanced to semifinals of the competition with six points from three games. The match was being handled by Yekeh, who refereed his second match of the competition after taking care of a first-round match between Benin and Cape Verde.

However, it is not clear as to whether Yekeh received money from Anasâ€™s team to influence the result, as he wasnâ€™t seen receiving money in the video like others, and his name wasnâ€™t listed among the referees that were handed money.

When contacted by The Bush Chicken, Yekeh confirmed that he is aware of the release from CAF and denied any wrongdoing.