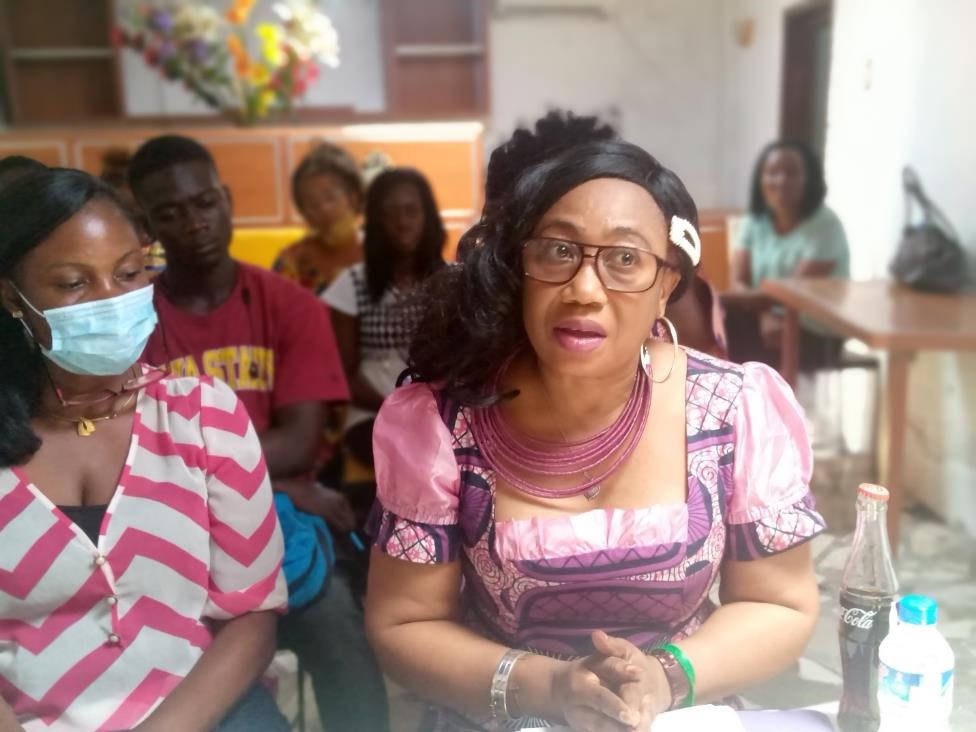 MONROVIA, Montserrado – The Women’s Rights Campaign for Justice group is calling on the Senate to delay confirmation proceedings for foreign minister-designate Dee-Maxwell Kemayah until a sexual harassment claim against him is conclusively investigated.

After Kemayah’s appointment by Pres. George Weah, a staff member at the Liberia Permanent Mission to the United Nations in New York, Wynee Cummings Wilson, filed a complaint against Kemayah, who is the head of the mission, alleging sexual harassment against her in January.

“I was sexually harassed by Ambassador Dee-Maxwell Saah Kemayah, permanent representative of the Republic of Liberia to the United Nations,” Wilson said in a statement read via a phone call during a press conference organized by the women’s rights group in Monrovia.

“Approximately nine months ago, on the evening of January 8, 2020 (which happens to be my birthday), the mission staff had a small celebration for me. After the event, while I was about to leave and head home, Ambassador Kemayah called me to his office and locked the door, where I was sexually harassed by him.”

According to Wilson, Kemayah asked to kiss her several times, stating, “You know you want to do it – just give me a kiss. We are all adults here.” She said despite Kemayah’s repeated sexual advances, she told him that she was not interested and that she sees him as a father figure.

On her way out, Wilson explained that she was warned by Kemayah not to mention to anyone what has happened, a warning she accepted because of fear at the time.

“The shock and emotional trauma from the incident caused me to have a grand mal seizure, which left me unconscious for three days. The incident kept me away from work for almost a month due to physical, emotional, and psychological trauma. The staff can attest to [the absence] from work during the period mentioned,” she added.

“I have done a lot of soul searching and contemplated on this matter, as it has taunted me, leading me to the current resolution.”

She said Kemayah’s action was unacceptable and no woman should have to work in a toxic environment where they are subject to harassment of any kind. According to her, she remained silent about the incident due to a fear of retaliation; however, she now wants to confront Kemayah face-to-face. She said she has so far been unable to do so because she was mostly away from the office because of her illness at the time until later when staff members were directed to work remotely because of the COVID-19 pandemic.

She told reporters via a phone interview on September 17 that she has been taunted emotionally over the situation and decided to speak now to be a voice for other women who have suffered similar situations.

“I want to make it clear that I am not lying. It is not political; nobody anywhere is behind my actions. This is my decision to not be silent, suffer shame, humiliation, hurt, emotional damage to me at the hands of Ambassador Kemayah,” Wilson noted in the statement.

“What has been done to me – and [I] believe other women by Ambassador Kemayah in the workplace, with predatory behavior, including intimidation, lies, discrimination, shaming, punishment, punishment and political and professional gimmicks to destroy careers and image of women and those who do not succumb to his demands.”

She said she stands ready to take a lie detector test and asked that Kemayah does the same to prove his innocence.

“I am prepared to do so and accept any outcome if I am proven untruthful and my accusations of sexual harassment are false,” Wilson said.

“I am a Liberian woman and all I ever wanted was to serve my country. I never intended to tarnish nor smear the name of my country or its leadership.”

Wilson applauded the president for his fight and recent proclamation against rape as a national emergency.

“I hope President Weah and the first lady will ensure that my case of sexual harassment against Ambassador Kemayah is treated impartially and that both [myself] and Ambassador Kemayah are investigated before rewarding him or punishing him!”

In response to Wilson’s allegations, Robert Schechter of the Tilem & Associates law firm in New York, called her claims false and unfounded.

“It is clear these false allegations made within two hours of the news that the ambassador was being nominated as Liberia’s foreign minister were designed to impugn his character,” Kemayah’s legal representative said.

“We reached out to Ms. Whynee Cummings advising her to cease this smear campaign and she has not responded to us, but has instead continued to spread these lies to anyone that will listen without vetting her.”

The attorney said his firm had initiated an investigation based on their principle of avoiding prolonged and wasteful litigation against the accuser or media outlets publishing “knowingly false statements.”

“Ambassador Dee-Maxwell Saah Kemayah, Sr. has advised us that he wants to continue the great work he has been doing and will not let this clearly false allegation stop him,” he added.

“What we have discovered is clear – Ms. Wilson and other state actors are attempting to harm Ambassador Dee-Maxwell Saah Kemayah, Sr. He is a great family man who expressly loves his beautiful wife.”

The lawyer considers the allegation as an attack also on Kemayah’s wife, Rev. Dialokai Kemayah.

In a press conference on September 17, a lead campaigner of the Women’s Rights Campaign for Justice, Una Kumba Thompson, said any confirmation proceeding for Kemayah must be done only after the conclusive investigation into the sexual harassment case filed to the Foreign Ministry by Wilson.

She added: “We are asking the Senate, the legislative body in this spirit of truth, in the spirit of protection, in the spirit of our country, [and] in the spirit of women, that everyone has a voice. And at this point, Ambassador Kemayah has been nominated. It is the prerogative of the president to appoint and to dismiss. However, we hold truth that as the president, as a government, we all need to be protected; and those appointed to develop our country, to move our country forward, must know that the people they serve including women, their interest, their priorities must be first and foremost.”

Thomson continued, “So, we ask that the Senate hold on to the confirmation, joining the voice of Wynee Cummings Wilson to halt any confirmation proceedings and investigation noted by the Ministry of Foreign Affairs is supposed to be ongoing. We are not sure at this very moment whether that investigation has started. By every indication, Miss Wynee Cummings has not been contacted.”

She said any attempt to proceed with Kemayah’s confirmation in the absence of a conclusive investigation and legal redress for the alleged victim would be a sign of silencing victims of sexual and gender-based violence.

The allegation of sexual harassment against Liberia’s permanent representative to the U.N. and foreign minister-designate came just a week after President Weah declared rape and other sexual violence crimes as a national emergency.