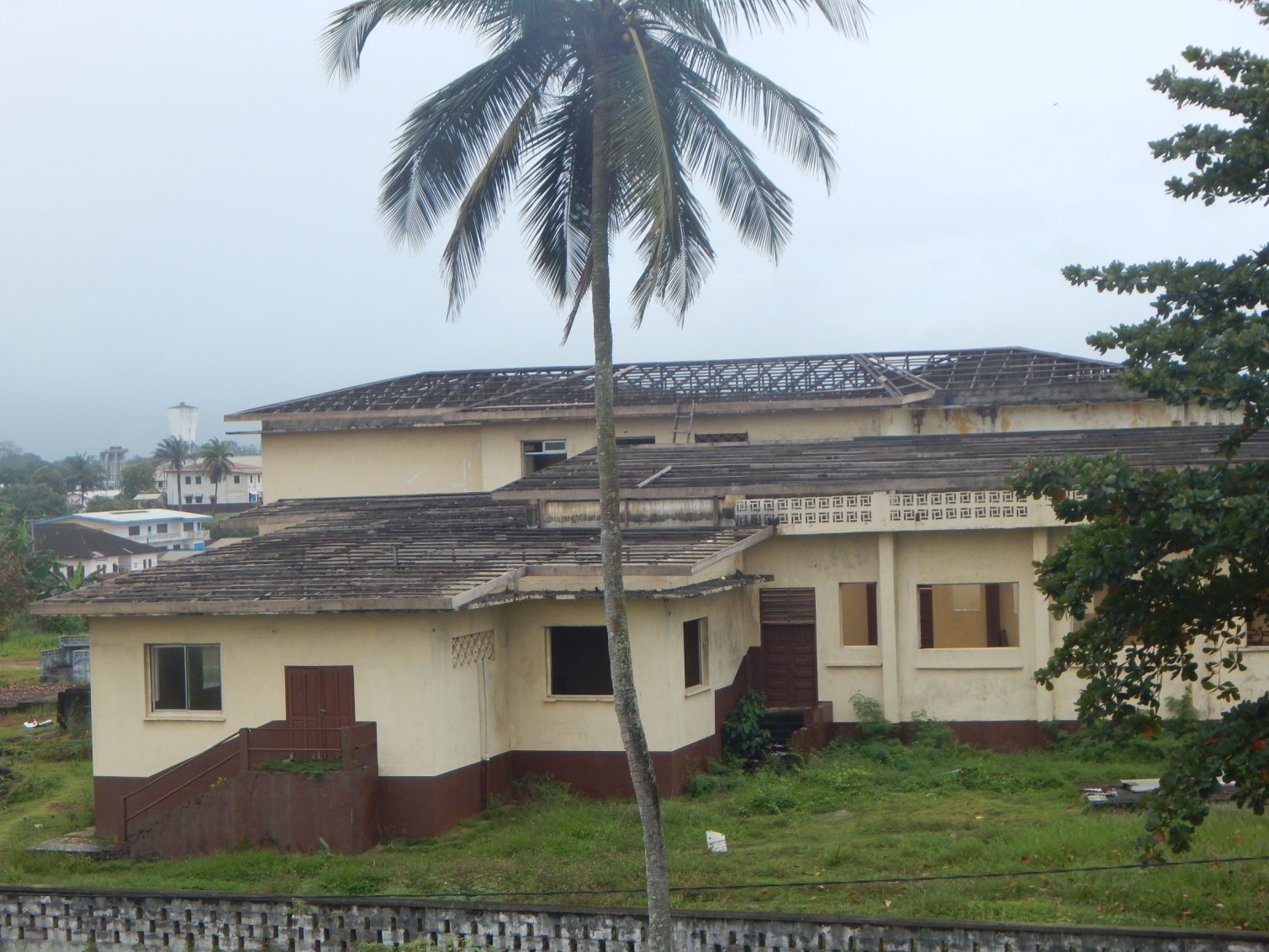 HARPER, Maryland â€“ It is exactly one year and six months since students of the Cape Palmas High School were relocated from their schoolâ€™s building because of depreciation to the structure.

The school was established in the 1930s and is the oldest government high school in the county, with notable alumni including Amos Sawyer, the former chair of the Interim Government of National Unity; Eugene Nagbe, minister of information; and Commany Wesseh, senator of River Gee.

Since the students were asked to vacate the building, the structure continues to lie in ruins despite some efforts by the government to renovate the school. The schoolâ€™s fence appears structurally unsound and there are many cracks in the wall. Not too far from the Cape Palmas High School facility, students are being taught at a temporary facility, which seems plagued with problems of its own.

A tour of the temporary facility revealed that the students are taught in several dilapidated structures without doors or windows, allowing some individuals to defecate in the classrooms. Even more disconcerting is the fact that there are nearby public toilets available for use.

While the school has three security guards at the unfenced facility, the buildings are sprawled across the campus, making it difficult for the guards to maintain a direct line of sight of all entry points. Commercial motorcyclists drive right through the campus.

Students sit in the stench-filled classrooms during lectures, next door to both fresh and dry feces. In the morning, students take several hours to clean feces in their classrooms before the school day begins. Students and visitors alike walk around the campus covering their nose. Food items are sold during recess period in the open air, a potential health hazard.

Several students who spoke to The Bush Chicken appealed to the government to help speed up the renovation of their school. They complained that the environment was not conducive for learning and that they wanted to return to their former building. The schoolâ€™s principal, Barbayon K. Bartue, said renovations on the former school is taking longer than expected because the original renovation was not done properly.

That renovation was managed by the Liberia Agency for Community Empowerment and funded by the African Development Bank. The Bush Chicken gathered that the Williette Construction Company, based in Monrovia, was responsible for carrying out the US$97,093 construction project. The Williette Construction Company was supposed to renovate the school. Photo: Zeze Ballah

Tabie Thompson, Maryland Countyâ€™s project planner, only said that the past renovation work was not completed properly, without detailing exactly why. The African Development Bankâ€™s website did not have any information about the project.

The second renovation is now underway, albeit at a snailâ€™s pace. Bartue, the principal, said he has been informed by the county authorities that transportation of roofing sheets for the school was delay because of the bad road conditions and unnecessary blunders.

â€œThe first zincs purchased by the government did not match the building due to its proximity to the Atlantic Ocean,â€ he said, further explaining that the roofing sheets were not resistant to the salty air that comes as a result of being close to the ocean.

Bartue confirmed that individuals were defecating on the temporary campus, describing the situation as â€œembarrassingâ€ to his administration.

â€œEvery day my students have to clean the feces of unknown people from their classrooms before lecture hours,â€ he said, adding that â€œthe current environment is not conductive for learning.â€ â€œIâ€™m appealing to the government to fast-track the renovation work on the old building,â€ he said.

Thompson, the project planner, told The Bush Chicken that the current renovation was contracted to Kaha Construction International for approximately US$180,000.

The contract was awarded to the company by the Ministry of Education, with government funds. The initial amount allocated of US$94,410 was increased to US$180,000 after the intervention of county authorities, Thompson said. Thompson said authorities of the county are in Monrovia to push for the balance money from the Ministry of Finance to fast-track the renovation. â€œThe roofing of the building is completed and the contractor is awaiting additional money for the procurement of 85 bundles of Onduline zincs at the US$25,500,â€ he said.

Until then, students at Marylandâ€™s most storied high school will continue to sit in classroom next to feces and deal with the stench as they attempt to learn.

Not far away, their old school sits abandoned and dilapidated, with wild grass taking over the compound.