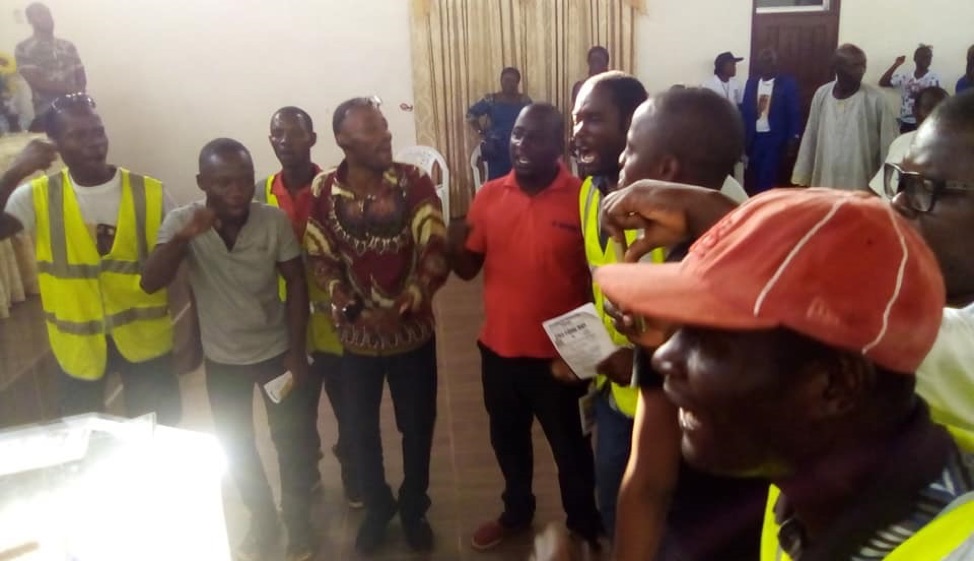 BUCHANAN, Grand Bassa â€“ Party members of the Coalition for Democratic Changeâ€™s Grand Bassa branch met over the weekend in Buchanan to celebrate â€˜Pro-Poor Day,â€™ with a message aimed at the opposition.

The day was meant to mark the anniversary of President George Weahâ€™s government. During the celebration, the manager of the Port of Buchanan who served as keynote speaker, Charles Gull, said â€œhate messagesâ€ from the opposition are a result of resentment because of how the president has empowered the youth.

Gull said opposition politicians are not used to seeing young people in leadership. Because of that, it is disconcerting to them â€œwhen they look around and see a Jefferson Koijee, a Janjay Baikpeh, Eddie Trawallie, Alvin Wesseh, and a Charles Gull serving in key national positions.â€

He said Weah has abolished the notion that young people cannot perform in national leadership.

â€œIt hurts so badly that they send surrogates to attack and lie on our characters but we were not promised an easy ride of leadership,â€ he added. â€œBe strong. We have work to do in proving these guys wrong, but bear in mind that they didnâ€™t believe in you then and they will never believe in you now.â€

Gull said the days when young people were made to believe that they are only future leaders are no more â€“ they would no longer only be judged by their size or ages but also by their capability.

He then explained the objectives of the governmentâ€™s development agenda and its accomplishments. He said the government has committed itself to reduce poverty by 23 percent by the end of 2023.

â€œThis will require collective efforts toward the pragmatic implementation of programs and projects under the four pillars of our Pro-Poor Agenda,â€ Gull added.

In recounting the governmentâ€™s achievements, the port manager named the cleaning up of payroll at the Ministry of Education as one of the strategies that have enabled the government to enroll nearly 1,100 out of 3,764 teachers who had been earning substantially lower salaries than other civil servants.

He said the CDC-led government has also recruited young people to benefit from the Youth Empowerment Entrepreneurship and Employment Project, the Youth Opportunities Project, and National Cadet Program.

â€œAbout 15,000 individuals and households are expected to benefit from these programs collectively. The Youth Opportunities Project has, up to date, benefited 129 communities in all 15 counties,â€ he added.

He said government is making tremendous efforts in building the countryâ€™s infrastructure and security sectors.

During the program, CDCâ€™s Grand Bassa chapter welcomed Hilary Mentoe to the body as a full member. Mentoe had earlier served as founding secretary general of the Movement for Economic Empowerment. While in that position, he helped the Liberty Partyâ€™s Charles Brumskine presidential bid in 2017 on grounds that Brumskine was a Bassa man like himself.

Mentoe is now the public relations officer at the Port of Buchanan, a position he held briefly before joining CDC in January of this year.

President Weah was expected to attend the program over the weekend but he had to cancel the trip in order to visit Nimba, where a mudslide at an illegal gold mine has resulted in a loss of lives.