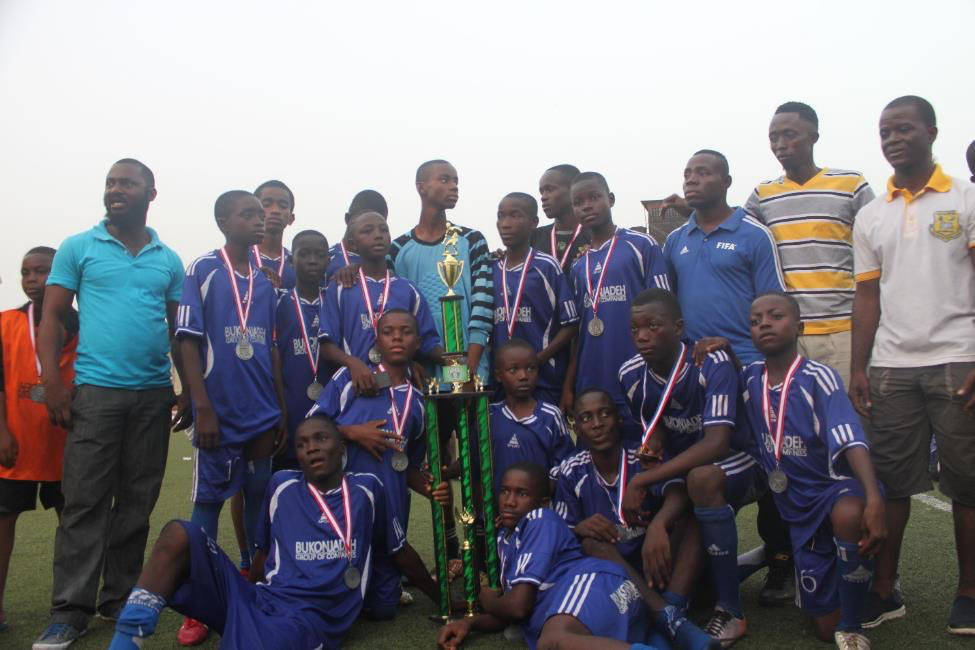 Delton Kollie scored the only goal of the match in the 19th minute, giving Cece United victory.

The youth tournament which featured children under the age of 15, brought together 12 teams from around Liberia, which were placed into three groups. Group A featured the youth side of China-based Liberian international Sam Johnsonâ€™s, the Sam Johnson Academy; a youth team from the city of Paynesville, Paynesville Young Stars; Monrovia Football Academy; and Monsterrado-based, Bassa Community FC.

After three rounds of matches, Cece United, Sam Johnson Academy, Discoveries, and CT United reached the quarter final. The full match ended with a 1-1 draw and the winner had to be decided from the penalty spot. CT United proceeded to the final after a 3-1 penalty win over Discoveries. In the second semi-final match, Cece United beat Sam Johnson Academy to proceed to the final, despite ending the match with 10 men after Alex Toe was shown a red card.

The final match was the most competitive one with both Cece United and CT United showing an impressive play on the pitch. Both teams played a well-coordinated game, with an almost equal percentage of ball possession. However, it was Cece United that ended the day victorious with a hard fought 1-0 win.

The chief organizer of the tournament, Ansumana Keita, who serves as the technical director of Canadian youth team Federation Sportive de Salaberry Soccer, said he was glad to be back in Liberia after 17 years in exile to organize a tournament which he said was the beginning of Liberiaâ€™s football development programs. Keita is also a member of the technical staff at the French League One club, Paris Saint Canadian Academy. â€œItâ€™s a pleasure for me to be in Liberia after 17 years and to see young talented players,â€ he said, speaking to the media after the tournament. â€œLiberia has the most talented players in the world. I mean what Iâ€™m saying here. In every society, there must be a starting point. This will be the start of Liberiaâ€™s football development. I pray that our [Liberia Football Association] President Musa Hassan Bility will encourage us to continue with such tournaments.â€

According to Keita, 25 players have been selected from the tournament and will continue to undergo training with coaches that were part of the tournamentâ€™s technical committee. He said that the 25 players, whose names he did not disclose, would be monitored by the coaches and would travel out of Liberia for a European tour. He also added that there would be scholarships for players who won the individual awards. The tournament concluded with players receiving awards for their performances. The best defender, goalkeeper, midfielder, and highest goal scorer were recognized. The individual awards were named in honor of past and current Liberia national team players.

Cece United and Monrovia Football Academy got the lion shares of the awards after winning two each, while finalists CT United managed one, the highest goal scorer â€“ awarded to Emato Johnson who scored five goals in the tournament. Cece Unitedâ€™s influential midfielder, Hassan Ahmed, won the most valuable player award while Yakuba Jalloh won the best goalkeeper of the tournament award. Monrovia Football Academyâ€™s female defender Blessing Kieh won the best defender, while Prince Toe walked away with the most disciplined player award.

The tournament is expected to continue in 2018.