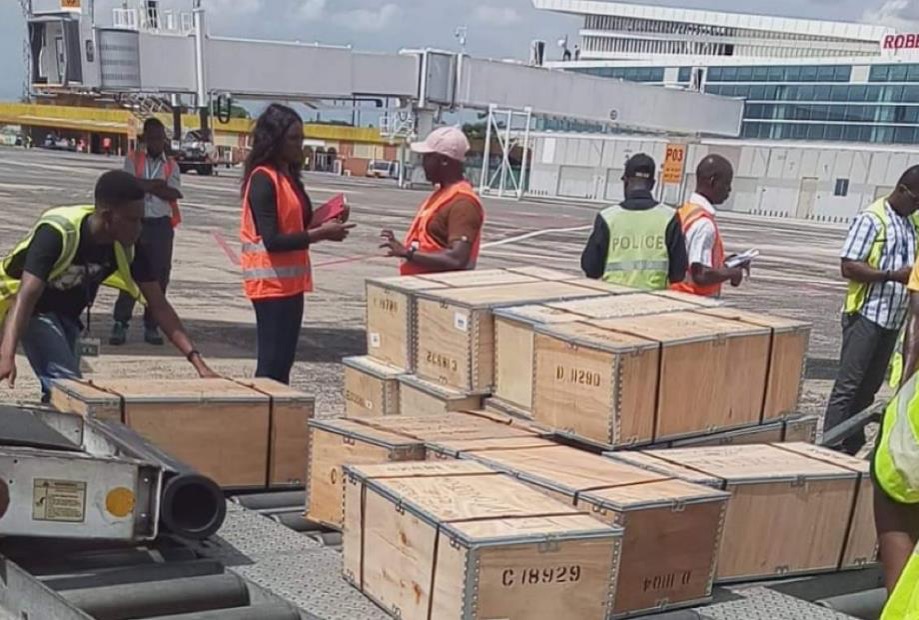 MONROVIA, Montserrado â€“ The Central Bank of Liberia has clarified a report published by FrontPage Africa and discussed on radio talk shows in Monrovia that it authorized and brought into the country newly printed U.S. banknotes.

A FrontPage Africa news article published on May 31 alleging that several boxes reportedly containing millions of dollars in cash brought into the country has raised eyebrows.

FrontPage said it received several tipoffs that the Central Bank had authorized the printing of additional foreign exchange dollars into the country after it received authorization from the Liberia Revenue Authority to re-export a total of US$14,073,678 in mutilated notes.

In a press release responding to the reports, the Central Bank clarified that it had neither the authority nor the capacity to print U.S. currency for infusion into the economy. It said that authority rested with the U.S. government.

â€œCBL, rather, regularly exports mutilated U.S. dollars to be replaced with U.S. banknotes in a transparent and routine banking exercise that the CBL has been engaged since the inception of the bankâ€™s operations,â€ the statement read.

FrontPageâ€™s report had criticized the Central Bank for using a private company, Travelex, for the exchange of the notes. The bank clarified that it re-exported the mutilated U.S. banknotes through a private company instead of going directly through the U.S. Federal Reserve because it was more cost-effective. Additionally, the Central Bank said the company had in place the infrastructure to facilitate such transactions.

â€œRather than incurring massive costs in setting up an infrastructure that will allow the bank [to] deal directly with the [Federal Reserve] on an ad-hoc basis, CBL uses Travelexâ€™s already established infrastructure at a much lower cost to the CBL,â€ the statement also said.

According to the bank, all its U.S. dollar banknotes needs are met through importation from overseas through Travelex, which receives a commission for transaction facilitation. The steps require that CBL wire transfers the amount to be imported plus the commission charged to the private company responsible for transferring the physical cash.

â€œUpon receipt of confirmation of wire transfer, Travelex prepares a shipment of physical banknotes, under its own security and insurance arrangements, and have same shipped to Accra, Ghana, for onward transfer to the CBL. When the shipment arrives in Accra, Ghana, the Bank of Ghana, under a cash custody arrangement with the CBL, takes custody of the shipment and lodges it in its vaults until the CBL is ready to take delivery,â€ the bank also noted.

â€œOn the day that the shipment is to be flown to Monrovia, the Bank of Ghana takes it to the Kotoka International Airport where it is loaded onto the aircraft with CBL representatives, at which point custody shifts to the CBL. When the shipment arrives at the [Roberts International Airport], it is cleared through customs, loaded unto CBL vehicles, and escorted by both CBL security personnel and Liberia National Police personnel to the CBL headquarters.â€

Meanwhile, Prime FM has reported that the special security coordinator at the Central Bank, Charles Kaizal, has been arrested by the National Security Agency, likely in connection to disclosing information about the cash that was brought into the country. Prime FM said Kaizal was picked up minutes after his live appearance on the â€œPrime Morning Driveâ€ early on Tuesday and thrown into a tinted pathfinder jeep and taken to the NSA headquarters in Mamba Point.

Kaizal who is also the former director for operations of the Executive Protection Service had appeared on the station to provide clarifications on claims allegedly made against him by talk show host Henry Costa.

â€œThe next thing he did, he did not say Central Bank has sent us to the airport to receive printed materials. He said Charles Kaizal was sent by the president of the republic to go and pick up printed material and deliver it to the presidentâ€™s residence, that which is false.â€

Kaizal cautioned against politicizing the issue of money being brought into the country and expressed fear about the impact on his livelihood.

â€œWhat he did to me yesterday could cost my job,â€ Kaizal said. â€œIâ€™m not supposed to come [in] studio. Itâ€™s against my professional ethics. Iâ€™m doing this for my familyâ€™s name.â€

He added, â€œAnd even if I lose my job, I will not blame Central Bank, they did nothing wrong.â€

However, he said CBL authorities approved his appearance on the radio show to clarify the misinformation spewed in the public after Costa allegedly denied him the opportunity to use his platform to clarify.

Costa claimed in a Facebook post that sources had informed him that the boxes of money were transported to the private residence of the president, instead of the Central Bank. He also claimed that the CBLâ€™s special security coordinator, in an attempt to clarify his role provided him with documents that confirmed delivery and receipt of the money at the airport.

Kaizal was seen in a video posted by Costa instructing CBL employees to unload the boxes of money in a CBL vehicle at the airport.