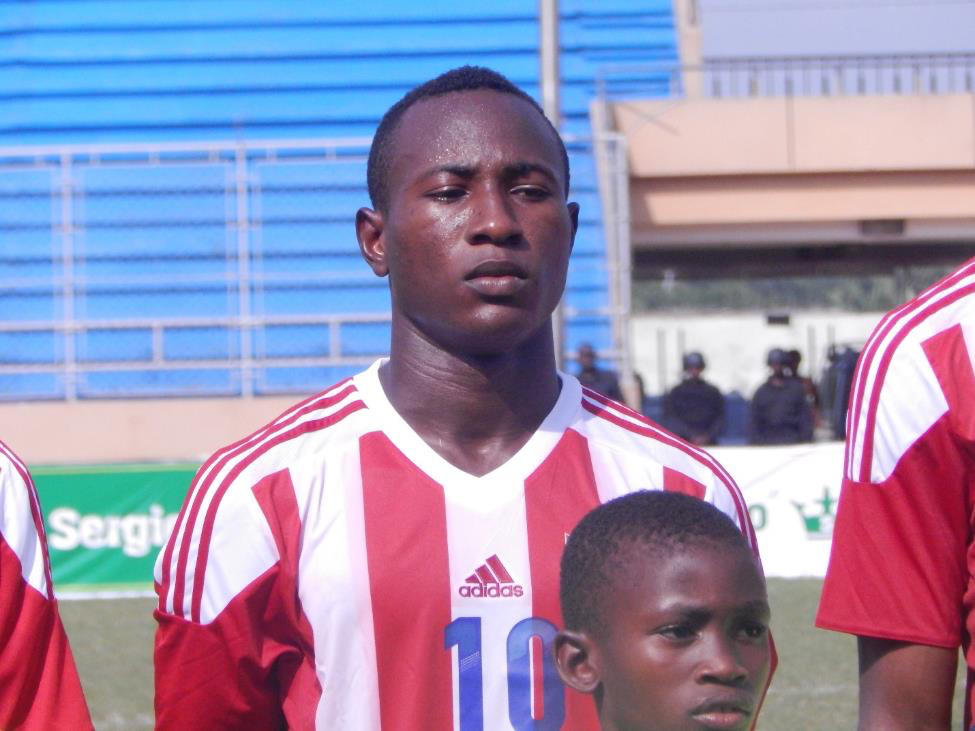 PAYNESVILLE, Montserrado â€“ Liberiaâ€™s U-20 team has picked up their first victory in the ongoing West African Football Union U-20 Nations Cup being hosted in Liberia.

The Junior Lone Star bounced back from a disappointing 3-0 loss to Ivory Coast on the opening day of the tournament to beat Guinea Bissau U-20.

Coach Christopher Wrehâ€™s boys brought back smiles on the faces of many Liberians after a narrow 2-1 win over Guinea Bissau at the Samuel Kanyon Doe Sports Complex.

The defeat against the Baby Elephants taught the technical bench some lessons as they made changes in the team that featured against Guinea Bissau.

There were no places in the first 11 for Chauncy Freeman and Edward Ledlum, who were replaced by Musa Kebbay and Sidiki Kromah. Bomi player Lawson Kongo replaced LISCR FCâ€™s Asiamuh Dann at the right-back position as Christopher Wreh went on a hunt for his first international win as head coach of the Liberiaâ€™s U-20.

The Junior Lone Star began the match on a high note by mounting pressure on their opponents while in search of an early goal. The team appeared to be hungry for a win as they were heavily criticized after their first game.

The early attack worked well for them by scoring before the 10th minute. It took the team just six minutes to get a ball at the back of the net to have a well-deserved lead. Second division side Bea Mountain was the man to score Liberiaâ€™s first goal in the competition with a header in the sixth minute. Kebbay headed in Sheku Sheriffâ€™s cross from a set piece to register his name on the scoresheet.

The early goal gave the team the courage of winning the three points comfortably as they began to mount more pressure and started the chances which they were unable to convert to goal. Playing from the left side in attack, Barrack Young Controllerâ€™s forward Sam Jackson was a force to reckon with as he kept Guinea Bissauâ€™s defense under pressure with his speed and skills.

With Liberia having a goalâ€™s lead and still mounting pressure for a second goal, Guinea Bissau kept their head high as they tried to find the equalizer while trying to contain the pressure from Liberia.

Luciano Landa came close to getting the score leveled in the 27th minute when he beat Ashley Williams in goal before seeing his effort cleared off the line by Pags FC defender, Gasimu Kouyateh.

Just as Guinea Bissau tried preventing Liberia from scoring again, the Junior Lone Star too ensured they went to the break without conceding as they defended their one goal lead to head to the first half break as the winning team.

Guinea Bissauâ€™s push for an equalizer continued after the break as Liberia began to lose concentration on the pitch. The host nation allowed their opponents to dominate the early minutes in the second half as they looked tired in the midfield and the attack. Guinea Bissau capitalized on the slow start of Liberia and took control of the match. Their tireless effort paid well for them in the 63rd minute when they were awarded a penalty for a handball committed by Gasimu Kouyateh. Luciano stepped up and converted the penalty to a goal to level the score.

With the score leveled, the pressure mounted on a Liberia that needed a win by all cost to keep alive their hopes of reaching the semifinals. Christopher Wreh strengthened his attacking force by introducing LISCR FCâ€™s Edward Ledlum and Watanga Football Clubâ€™s young striker, Chauncy Freeman. Ledlum replaced LPRC Oilers winger, Sidiki Kromah, while Freeman was brought in for BYCâ€™s Sam Jackson.

Prior to Jacksonâ€™s substitution, he was the outstanding player up front for the Lone Star with his attacking game. The BYC forward was making his way through Guinea Bissauâ€™s defense, creating several chances, and shooting on goal to get Liberia ahead again.

Because of his performance on the pitch, the fans werenâ€™t happy with Christopher Wrehâ€™s decision. However, the decision turned out to be the right one, with Chauncy Freeman scoring the goal that gave Liberia the much needed three points.

Freeman made a name for himself in the 86th minute when he tapped in the ball that eventually won Liberia the game. The Watanga striker scored from Edward Ledlumâ€™s assist to restore Liberiaâ€™s hopes of reaching the semifinals.

The win put Liberia leveled on points with Sierra Leone ahead of the last group game. Both teams are pocketing three points, three less than group leader, Ivory Coast, which has qualified to the semifinals.

Liberiaâ€™s final group game is expected to be a tough one as they go in search of a win against Sierra Leone. Both Sierra Leone and Liberia will need a win to join Ivory Coast in the semifinals.