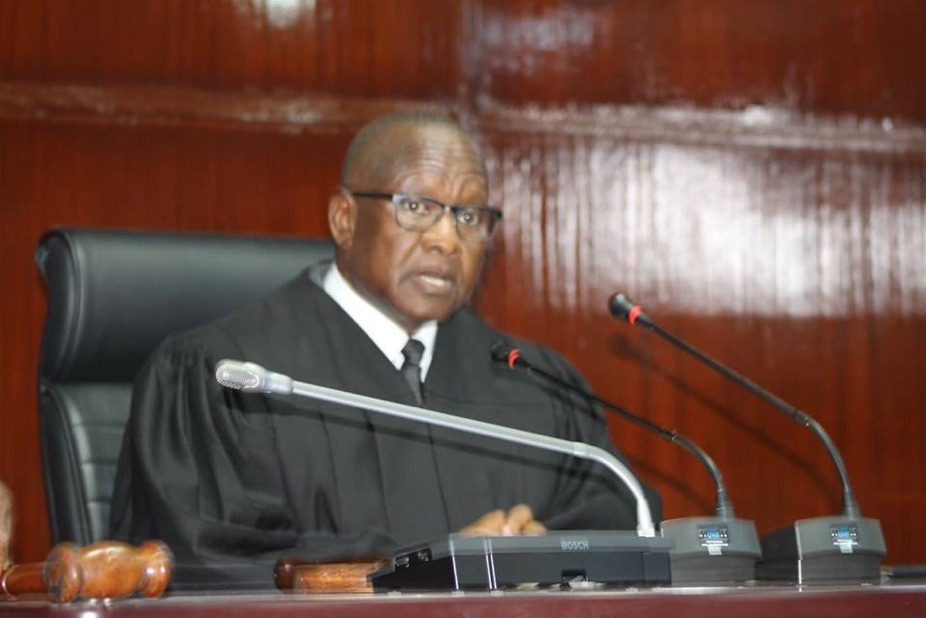 MONROVIA, Montserrado â€“ On Tuesday, February 19, Chief Justice Francis Korkpor denied and dismissed a motion for him to recuse himself from presiding over the impeachment trial of Associate Justice Kabineh Jaâ€™neh.

Jaâ€™neh is currently facing an impeachment trial before the Senate to recuse himself from presiding over the matter. His lawyer, Cllr. Arthur JohnsonÂ had presented a 10-count petition requesting that the chief justice recuse himself in the interest of justice and fair play.

Johnson justified the request because he said the chief justice and three other justices of the Supreme Court had dismissed an appeal in a case that is a subject of Jaâ€™nehâ€™s impeachment trial.

The defense lawyer said it would be a conflict of interest and against public policy for Kokpor to sit on the impeachment proceedings of the associate justice, having acted and participated in a judgment, the outcome of which is one of the grounds for which his impeachment and removal from office is being sought.

But in his ruling on Tuesday, Korkpor said the defendant did not establish the legal grounds to warrant his recusal.

â€œBased on what I have said and given the circumstance of this motion to recuse, I hold that the movant has not established any legal and or factual ground for me to recuse myself. The motion to recuse is thereby denied and dismissed, it is hereby so ordered,â€ Kokpor announced.

â€œSo, as I have said time and again, it is by the dictates of the constitution of Liberia (1986) that I should preside over this impeachment proceeding; it is not of my own making,â€ he said.

Lawyers representing the House of Representative had also resisted the motion for the chief justice to recuse himself, noting that the motion has no basis in the law. They argued that the defenseâ€™s motion for recusal disregarded the constitution and sought to create chaos in the impeachment proceeding.

Johnson, the lead defense lawyer, told reporters after Kokporâ€™s ruling that although he would file another motion arguing that there was a procedural error in the preparation of the ruling, he accepted the ruling and promised to remain with the embattled justice to the very end.

In August, 49 members of the House of Representatives had voted to impeach the associate justice of the Supreme Court, thus submitting the bill of impeachment to the Senate, which is responsible for conducting the impeachment trial.

The bill was initially introduced by two members of the Coalition for Democratic Change, Montserradoâ€™s fifth and eighth district representatives, Thomas Fallah and Acarous Gray.