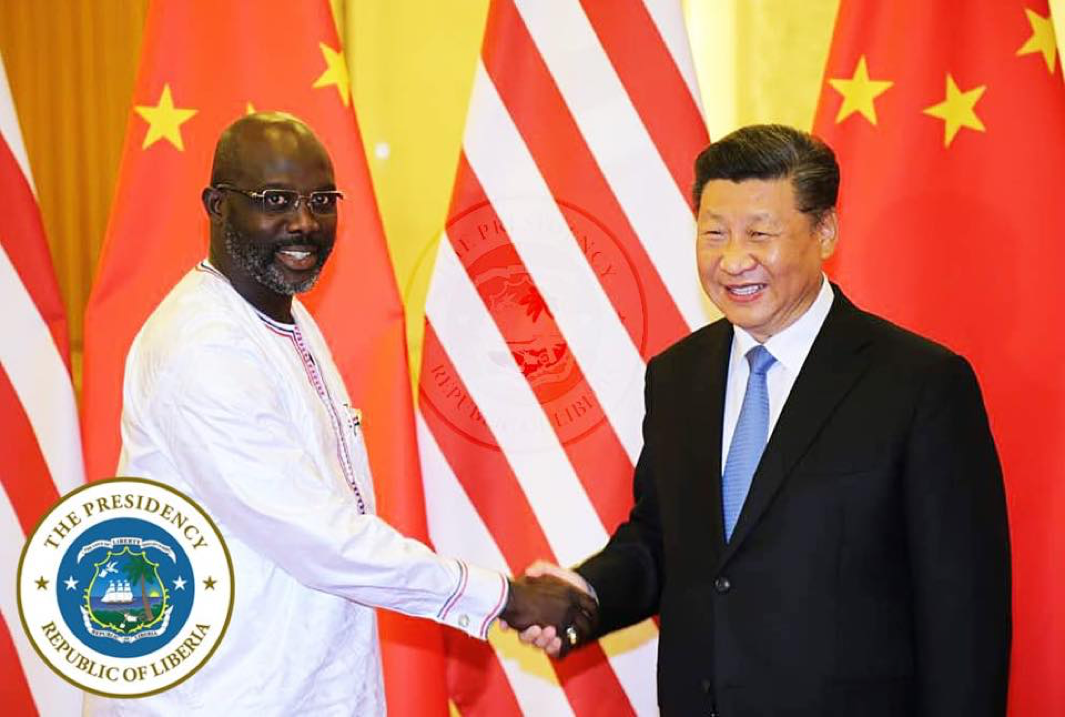 MONROVIA, Montserrado â€“ The government of the Peopleâ€™s Republic of China has committed a US$54 million grant to Liberia for emergency food aid and the construction of two overpasses. The amount is part of a sum of US$60 million in grant and aid being committed by the Chinese government to African countries.

According to an Executive Mansion release, the detail of the agreements was contained in two separate memorandums of understanding signed by Chinese President, Xi Jinping and President George Weah during bilateral discussions before the 2018 Beijing Summit of the Forum on China-Africa Cooperation on Saturday.

â€œThe first is the construction of two overpasses at SKD Boulevard and the Ministerial Complex; while the other is the provision of emergency food aid,â€ the Executive Mansion disclosed.

At the signing ceremony, Xi reflected on Chinaâ€™s support for the peace process of Liberia and promised his countryâ€™s continuous support to Liberia and its multilateral institutions. He also praised the Liberian government for its firm position on the One China Policy.

The Chinese president also called for a continuation of mutual understanding and support between the two countries on issues of interest and major concerns. He disclosed that the friendship between China and Liberia continues to serve the fundamental interests of both countries and people.

He also promised to strengthen bilateral cooperation across various fields especially in line with the Liberian governmentâ€™s infrastructure development; poverty reduction; health; agriculture; and education, among others.

â€œPresident Xi hoped that as a former world football star, deeply admired by his compatriots, President Weah will use his special influence to promote sports and youth exchanges between the two countries,â€ the release noted.

Weah reiterated Liberiaâ€™s firm adherence to the One China policy and expressed heartfelt gratitude for China’s valuable support, especially the selfless help in Liberia’s fight against the Ebola epidemic.

He noted that the mutually beneficial cooperation between both countries has brought perceptible benefits to the Liberian people.

â€œLiberia supports and is willing to take part in the Belt and Road cooperation,â€ he stressed, referring to Chinaâ€™s effort to connect trade routes to the rest of the world.

According to him, the country appreciates the Beijing Summit hosted by China, noting that the country was willing to make whatever contributions to enhance friendship between the two countries and peoples.

The news of the aid received by Liberia prompted claims that Liberia received less aid than its neighbors, with a suggestion that this was due to the incompetence of the Weah government.

China and Ghana also signed eight cooperation agreements in different sectors of their respective economies. The only agreement that had its value listed on Ghanaâ€™s official presidential website was a Sino-Hydro deal to provide US$2 billion in financing to the country. That amount was not a grant, unlike what Liberia received.

The Chinese president also signed new bilateral agreements with his Sierra Leonean counterpart, Julius Maada Bio. According to the office of President Bio, the agreements include the agreement for China to send a team of 9 experts to conduct a feasibility study on the fish harbor project; an agreement for the Chinese Government to provide emergency food aid in rice valued at 50 million RMB (US$7.3 million); a Memorandum of Understanding on cooperation within the framework of the Belt and Road Initiative; and an agreement on the economic and technical cooperation with gratuitous assistance from the Chinese Government of 250 million RMB (US$36.6 million). The value of these projects in the more populous country is lower than what Liberia received.