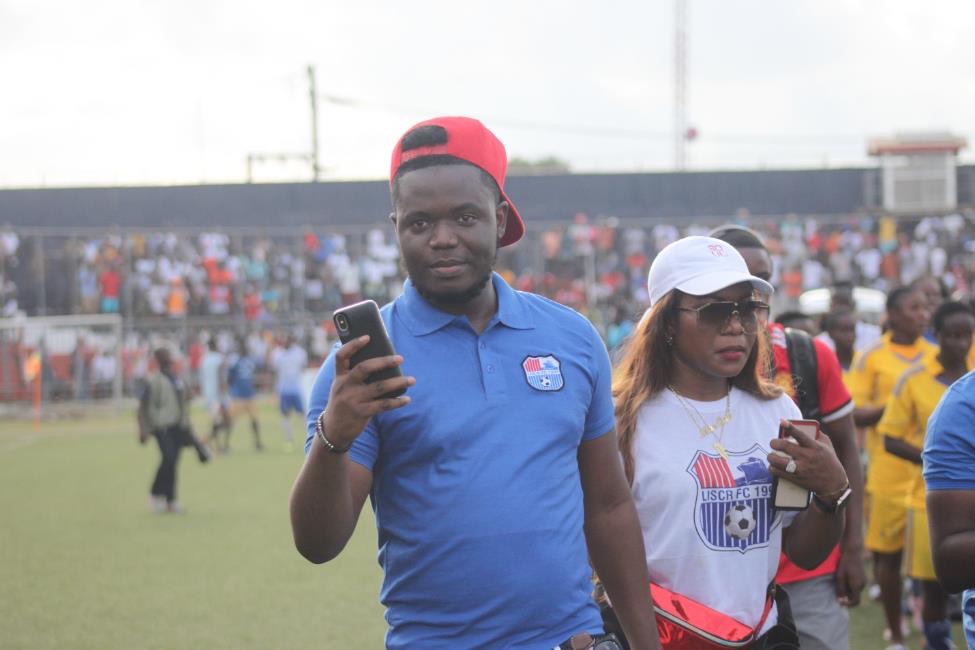 MONROVIA, Montserrado â€“ One of Liberiaâ€™s top musical icon, Maurice Tosh Gayflor, who is commonly called â€˜CIC,â€™ has challenged his colleagues in the entertainment industry to come out and support local football clubs within the country.

CIC, who is a strong supporter of the 2019 FA Cup Champions LISCR Football Club, sent out the challenge following his clubâ€™s triumph over Barrack Young Controllers on Sunday at the Antoinette Tubman Stadium. The Lonestar Cell ambassador was impressed with LISCR FC, which posted his picture on their social media pages thanking him for his support.

Minutes after the four-time FA Cup champions made the post appreciating the 2018 MTN Music and Tunes Liberia Artist of the Year for his support during the FA Cup final, CIC reposted, calling for Liberians to start supporting their own.

â€œBarcelona never ever posted me all of the 15 years of support, but LISCR FC just did after barely six months,â€ he said. â€œThis shows you that no matter what you do, it starts from the soil. If we Liberians canâ€™t stand up and support our own, no one will. We cried out that the league is not up to standard but is our support up to standard?â€

He went on challenging his fellow entertainers to pick local teams to support. He wants them to post about the local clubs on the social media pages and go to the stadiums to watch their games to attract fans.

â€œI almost cried after the game [FA Cup Final] when a lot of people said the only reason they went on the field to watch the game was because I was going and lot of them have started supporting LISCR FC as well,â€ he added

â€œI want to see Eric Geso supporting LPRC Oilers, Teddy Ride supporting Watanga FC, Christoph is already with BYC FC, Angel Michael cheering Small Town, Bucky Raw cheering Nimba United or Nimba FC and so on. Just pick a side and let us all shine a light on our local league. This is a challenge to every Liberian artist.â€

After closely following the 2019 Liberia Football Association First Division league for over a month, the â€˜Big Papaâ€™ hitmaker announced that he would support LISCR FC, the club of his former schoolmate, Christopher Jackson, who has scored 24 goals in 26 games this season.