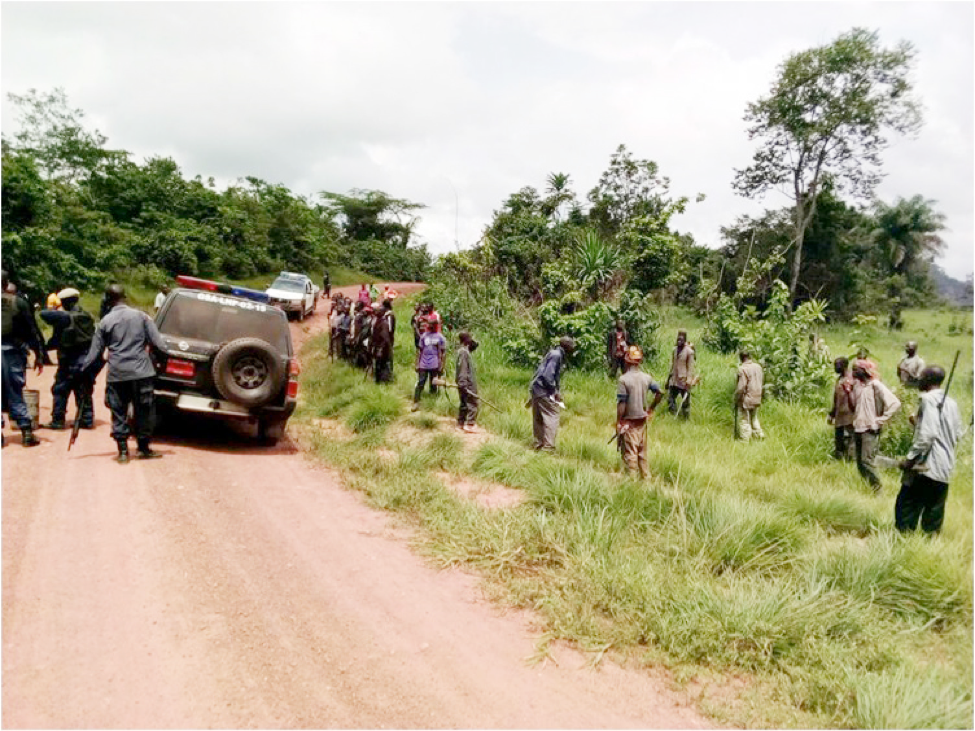 GBARNGA, Bong – Some citizens of Gbarnga late Sunday evening arrested a fleeing murderer, Moses Porkpah, after nearly three months of an intensive hunt for him.

Porkpah is accused of shooting and killing his girlfriend, Dorris Nyan, 29, in Cow Farm, Zota District on June 1 of this year for “giving him small food.” Since then, he has been on the run.

Porkpah also allegedly shot two other males who also reside in Cow Farm, two weeks after he killed Nyan. The two, Junior Andrews and Amos Nusiah, were among a team of traditional hunters helping police search for Porkpah.

As a result of the wounds sustained, one of Amos Nusiah’s legs was amputated by doctors at the Phebe Hospital, where he had been taken for medical treatment. Andrews, the other injured man, is currently in Guinea undergoing traditional medical treatment, according to family members.

Porkpah was arrested Sunday night by a group of young people in Gbarnga-Siaquelleh, not far from Cow Farm, where Porkpah killed his girlfriend.

The citizens told police that they identified Porkpah as the murderer and therefore decided to arrest and turn him over to the police.

A few weeks ago, Bong’s chief police superintendent, Frederick Nepay, told a local radio station that Porkpah would be arrested in a “matter of days.” Nepay called for the collective efforts of citizens in helping to arrest the murderer whom Nepay said was posing “serious security threats” to residents of Cow Farm including surrounding towns and villages.

Nepay told The Bush Chicken via phone that the police laud the efforts of the citizens for arresting Porkpah.

“The citizens of Gbarnga-Siaquelleh did extremely well; we are grateful to them,” he said, adding that Porkpah has been transferred to Monrovia for detention and will be brought back to Bong to stand trial.