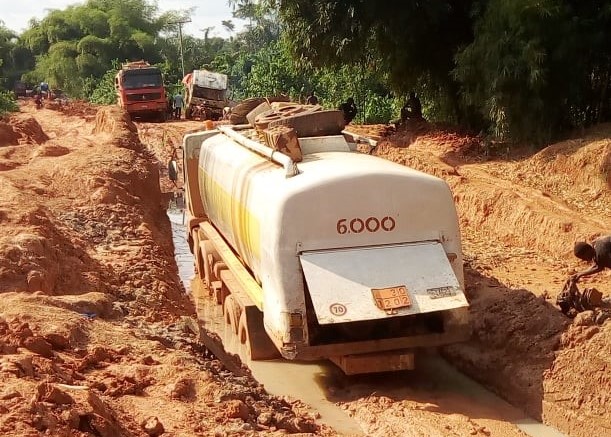 TAPPITA, Nimba â€“ As the rainy season slowly creeps in, a group of residents from Tappita District has written letters to their representatives, seeking their intervention in rehabilitating the Ganta-Tappita highway to ensure it is ready for the rainy season.

The letters noted that the current condition of the road makes it impossible for citizens to access quality health services and impedes the trade of essential commodities, especially much-needed farm produce. They asked their lawmakers to join with other representatives in Nimba and in the southeast who would benefit from improved road conditions during the rainy season.

â€œWe are very much aware that the road is due to be paved,â€ they wrote, acknowledging that funding had already been secured for the pavement of the highway.

â€œHowever, taking into consideration the nearness of the rainy season and the difficulty we tend to face, we are requesting that the existing road be reconditioned by filling in the potholes, repairing the bad spots and replacing those damaged coverts that are stopping the free flow of water.â€

At a public meeting on March 14 at the Tappita Civil Compound, Mangou Wehyee told reporters that the letters to the lawmakers are the result of several meetings the group had held. At first, some members wanted to immediately launch a major protest that would draw the governmentâ€™s attention. However, the group has decided to try more moderate means of persuading the government.

Besides the letters to the two lawmakers, they are now soliciting over one million signatures for their petition to present to lawmakers who will, in turn, submit it to President George Weah.

Wehyee said CHICO, a Chinese company that had won a contract to maintain the road, had shown no sign of work. He urged the government to task the Engineering Battalion of the Armed Forces of Liberia to recondition the road ahead of the rainy season since it will not cause the government as much as a private company.

â€œWhy should we have a well-equipped Engineering Battalion of the Armed Forces of Liberia and they canâ€™t rehabilitate our roads in the county?â€ Wehyee said. â€œThe AFL has built roads in [the] southeast and Lofa, and so the president should use the army on our road too, while we are awaiting CHICO to come.â€

If their appeal to lawmakers fails to produce the desired results, Wehyee says the group will appeal directly to Pres. Weah at his office in Monrovia. However, he clarified that such engagement would be civil, and would not aim to cause any hindrance to the president.