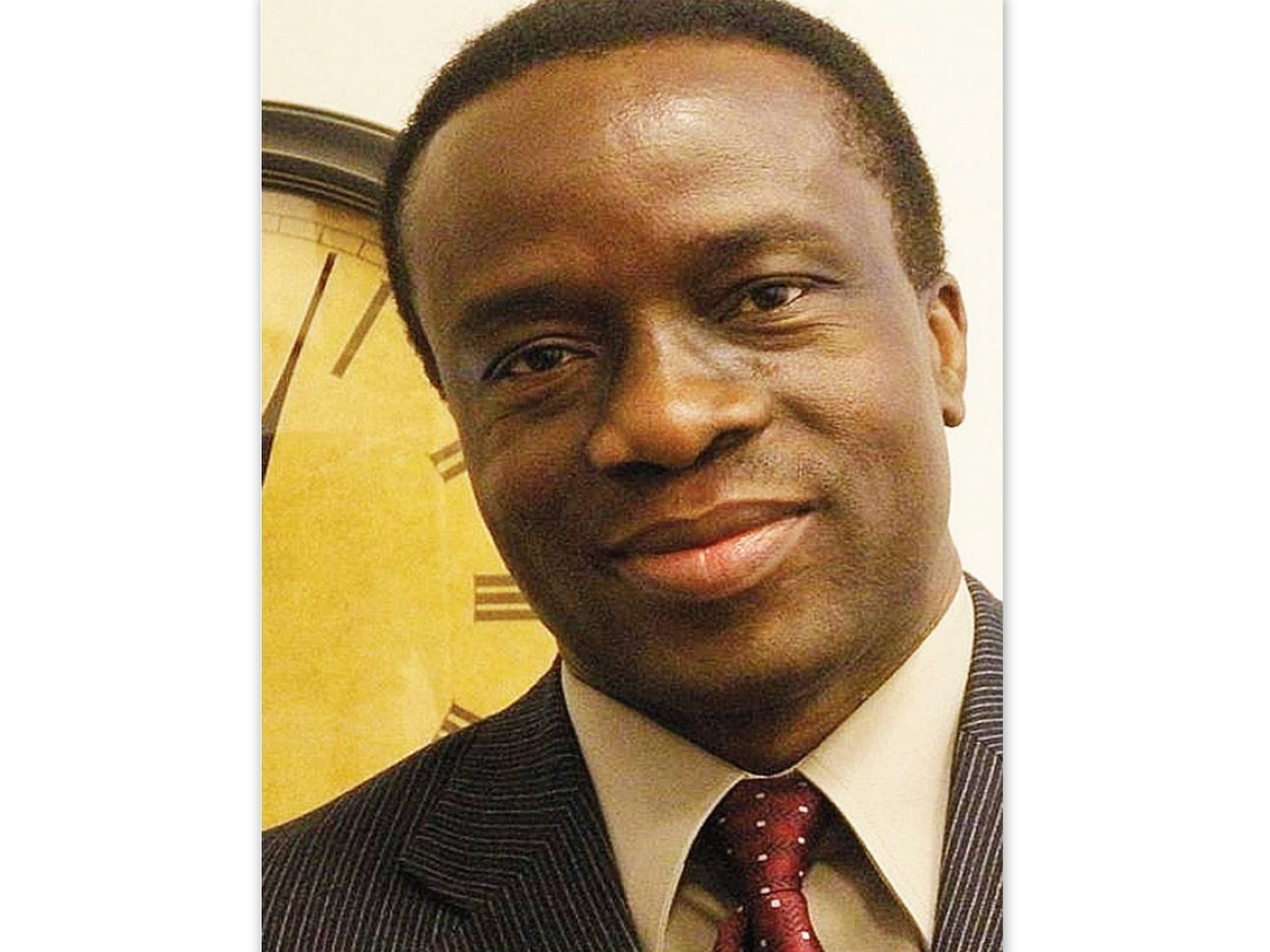 BOSTON, USAÂ – The co-founder of The Bush Chicken, Torli Krua, who was instrumental in lobbying with congressmen andÂ policymakers in the United StatesÂ to increase the quota of refugees from Africa, has been recognized for his humanitarian work.

The United States city of Boston, Massachusetts recently declared May 10, 2015, as Torli Harlan Krua Day in recognition of over two decades of humanitarian work in the city.

The Liberian human rights advocate and the pastor has over the years devoted his life to serving humanity, especially victims of the Liberian civil war and other refugees uprooted by political violence across Africa.

It was on May 4, 2015, when United States Sen. Edward Markey, a Democrat from Massachusetts, authored a congressional recognition of Kruaâ€™s humanitarian services, stating, â€œThe recognition on Krua is for his outstanding and invaluable services to the people of the United States.â€

During the civil crisis in Liberia, Krua fought for the rights of Liberian refugees and his efforts earned him a spot in the hearts and minds of many refugees and in the pages of history. Krua at his home near Boston.

He began his advocacy in the early 1990’s when he resigned from his position as a Technical Support Specialist at a Wang Computers European subsidiary in Brussels.

Krua founded Universal Human Rights International, a non-profit organization in Boston, Massachusetts, with a mission to protect the rights of refugees and tackle the root causes of poverty, political violence and instability in Africa.

Among the highlights of UHRIâ€™s work are tours throughÂ several West African countries during the heat of the civil crisis and organizing refugees to fight for their rights to be resettled in Western countries.

Krua began by tackling what he saw as aÂ racial quota in American refugee admission. During the Cold War, the US government granted preferential treatment to Eastern European refugees, welcoming them with open arms to America while ignoring the plight of African refugees fleeing armed conflicts.

In 1990, Krua assisted many Liberian refugee families to find shelter through the donation of a housing compound in Fajara, Gambia with the help of Wilmont O.B. John, a Gambian philanthropist and manager of Shell Petroleum Company in Gambia.

In 1995, Krua traveled to Nigeria, Ghana, Ivory Coast and Senegal, where he also toured several refugee camps, interviewed refugees and compiled a report for members of the US Congress including the late Sen. Edward Kennedy and American church and civic organizations, making a case for resettlement of Liberian refugees in the United States.

In June 2003, the upheaval of the Liberian crisis forced the US government to evacuate its citizens from Liberia as the Liberia United for Reconciliation and Development, led by Sekou Damade Conneh, shelled its embassy in Monrovia.

The evacuation was the fourth from Liberian soil under Operation Shinning Express, ordered by former President George W. Bush.

Along with the American citizens evacuated from Liberia were Liberian mothers, not citizens or permanent residents of the US but guardians of their young children who were citizens of the United States.

In the US, these Liberian refugee women and young Americans were denied access to the necessary food, clothing and shelter for no justifiable reason.

It was during this period that Krua intervened by calling on members of Congress to convince the Bush administration to extend compassion and care to the refugees and young American evacuees from Liberia.

On November 13, 2003, Kruaâ€™s advocacy paid off. The entire Massachusetts delegation to Congress concurred with him and wrote a letter to then-Secretary of Homeland Security Tom Ridge, requesting equal protection for the Liberian and American evacuees.

The Liberian human rights advocate and the pastor also communicated with President Ellen Johnson Sirleaf and Bush to assist the vulnerable population on humanitarian grounds, but all efforts yielded no fruitful result from both governments.

The Bush administration refused to help the Americans while the Sirleaf administration became mute on the prevailing situation. Krua saw the need to help the vulnerable population and rallied many other US officials, including Massachusetts State Representatives Benjamin Swan and Gloria Fox, along with 600 members of the National Black Caucus of State Legislature to plea on behalf of the Liberian refugee women.

However, some of the refugees sought refuge with relatives and friends. The Department of Social Welfare that helps desperate people in the US could not assist the refugees because they did not demonstrate through documentary evidence their immigration status and citizenship at the time. UHRI immediately provided relief assistance to the vulnerable population, but it was too little for the refugees and young Americans. Krua through his advocacy provided food, transportation, winter jackets and warm clothing to the young Americans and Liberian women.

Krua again complained to the United Nations High Commissioner for Refugees, who declined to help, stating, â€œThe commission does not provide relief supplies to refugees in America.â€

Without being deterred, Krua later filed a complaint to the United Nations pleading for assistance for the refugees. The United Nations also declined to assist, saying that they do not provide relief to refugees in America.

The lawsuit, filed on January 16, 2009, claimed the Bush administration violated the equal protection clause of the 14th Amendment of the United States Constitution by granting Temporary Protected Status to thousands of Liberian citizens continuously from 1991 through 2005, while at the same time denying protection and access to the basic human needs of food, clothing and shelter to vulnerable American citizen and their mothers evacuated by the United State Military from the civil crisis in Liberia.

Krua further argued in his lawsuit that the United States granted refugee status and protected yearly tens of thousands of refugees with no ties to America. Therefore, Krua felt putting young Americans evacuated from the Liberian crisis at serious risk during the deadly American winter was unjustifiable.

Out of fear, all the Liberian women withdrew from the lawsuit. Krua filed a motion to amend his lawsuit and added President Barack Obama to the list of officials he was suing.

On July 28, 2010, Federal Judge Nathaniel M. Gorton of the Federal Court in Massachusetts denied Kruaâ€™s motion as “moot.” Clerk Kimberly Abaid wrote a memorandum and order from Gorton to dismiss the case, thereby putting the fate of the children and their mothers in limbo indefinitely.

The order from Gorton ended Kruaâ€™s seven years of legal battle to protect young Americans children and Liberian refugee women evacuated from Liberia, who were abandoned on the shores of America.

Then in 2014, when the deadly Ebola epidemic began ravaging the West African region and Liberians were being stigmatized throughout the world, many citizens of the Mano River Union were trapped in the US due to cancelled flights and other Ebola-related inconveniences.

On August 16, 2014, the Obama administration issued it’s Ebola immigration relief that called for visa extensions for people from affected West African countries. Krua, not being satisfied, termed the relief inadequate because it only authorized an extension of visa for people stranded at a fee of US$350 but offered no opportunities for them to work and support their families.

Krua again began campaigning for Temporary Protected Status, which afforded these nationals to work in America during the period when they cannot return home.

In 1990, as part of the Immigration Act of 1990, P.L.101-649, Congress established a procedure by which the Attorney General may provide Temporary Protected Status to immigrants in the United States who are temporarily unable to safely return to their home country because of ongoing armed conflict, an environmental disaster, epidemic or other extraordinary and temporary conditions.

The US Immigration Act noted that during a designated period, individuals who are Temporary Protected Status beneficiaries can obtain employment authorization and may be granted travel authorization.

Krua was again moved by the Liberians’ situation and begun touring several states in the United States with his message of compassion for those stranded across America because of the Ebola virus in West Africa.

Krua partnered with Daniel Bates, an attending physician at Lincoln Hospital in New York City who was leading the charge for Ebola prevention at local medical facilities in the United States.

Krua thrived while working closely with members of Congress, and the office of Sen. Edward Markey of Massachusetts.

On November 20, 2014, the Obama administration granted Temporary Protected Status for over 8,000 citizens of Liberia, Guinea, and Sierra Leone.

â€œIt was a surprise and I am very happyâ€¦ the recognition is a dream come true for a day to be celebrated in honor of me, in Boston, Massachusetts,â€ Krua told The Bush Chicken.

â€œThe failure of some African governments to value and recognize the contributions of their citizens is at the core of Africaâ€™s political instability, underdevelopment, and unspeakable violence,â€ Krua said.

Krua noted that some African governments pervert leadership by assuming the role of masters, when, in fact, their citizens are the masters in a democracy, and the government is the servant.

HeÂ said, in Liberia, well-meaning people believe that the only way they can contribute to society is by being a government official, adding, â€œEveryone cannot be a president, senator or mayor [in]Â their country.â€

He pointed out that the city of Boston has proven through this recognition that every member of the community has God-given gifts and talents that can be used to advance human progress the world over.

Krua believes that the demise of most African leaders is rooted in their sole reliance of being politicians and with the limited natural resources available to them while ignoring their greatest resource, the unlimited and sustainable potential of countless citizens.

He said countries that ignore the talents and potential of their citizens are doomed to perpetual instability and backwardness in comparison to countries where citizens have supreme powers and where the talents, gifts and service of ordinary people are valued and recognized.