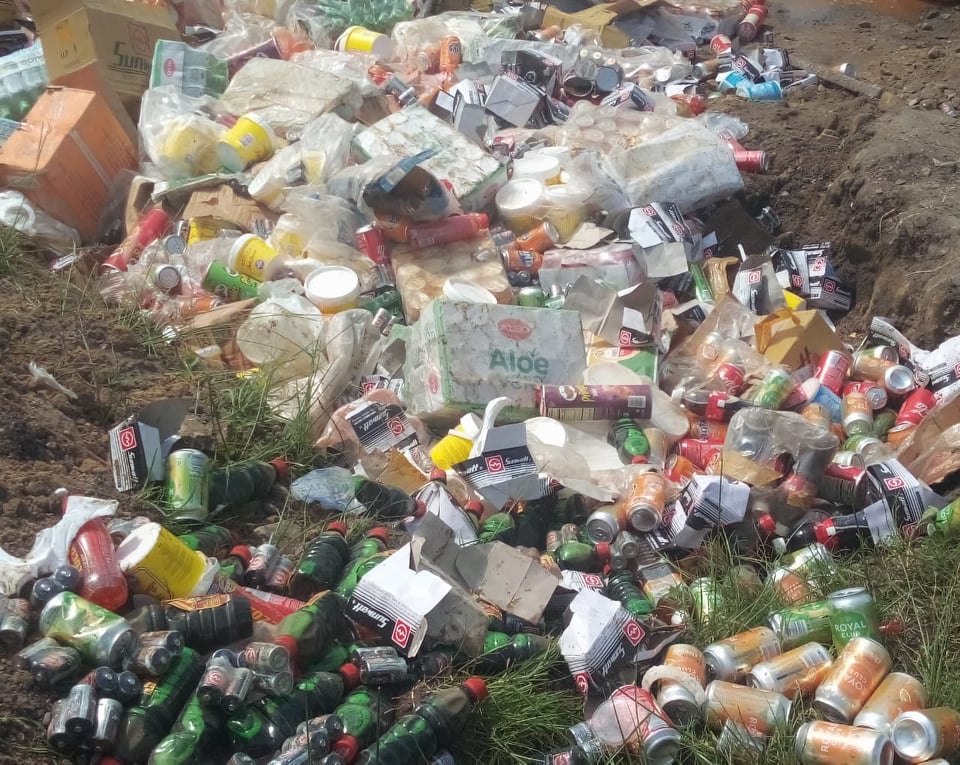 GANTA, Nimba – The Ministry of Commerce and Industry in Nimba has burned US$5,000 worth of expired goods seized from a Ganta warehouse of the Jungle Water Group of Investment Company.

On May 15, in the presence of media outlets, the ministry’s senior inspector in Nimba, Alphanso Miamen, said most of the goods were beverages confiscated from the company after a tip from citizens.

“We went there based on the tipoff we received from some good citizens,” Miamen said, adding that the ministry moved in and seized over 400 crates of local and foreign beer, over 300 sacks of mineral water, batteries, and juices.

Miamen said the fact that the burning ceremony was witnessed by the media suggested that “the process was fair and transparent, void of personal malice, hatred, and envy.”

A fine will likely later be assessed against Floyd Seh Tomah, the owner of the company who has already been cited to visit the Ministry of Commerce in Monrovia.

Miamen said his “hardworking and committed” field inspectors would continue to monitor items on the market to ensure that expired and substandard goods are not sold or consumed.

Speaking to a local radio station, Tomah, the CEO of Jungle Water Group of Investment, said he was the one who initiated the process that led to the goods from his warehouse being confiscated and burned.

“I respect the law as a businessman and a citizen who has chosen to provide service to my fellow citizens through business,” Tomah said. He called the Ministry of Commerce a “very close partner” and said he accepted a citation to visit the ministry’s head office in Monrovia.

Tomah’s company is a major powerhouse in Nimba, with investments in electricity operation, real estate, hotel, general merchandise, and transportation. The company is headquartered in Sanniquellie.

Sharing
Tags Floyd Tomah, Jungle Water Group of Investments, Ministry of Commerce and Industry
Contributions to The Bush Chicken are not tax deductible.