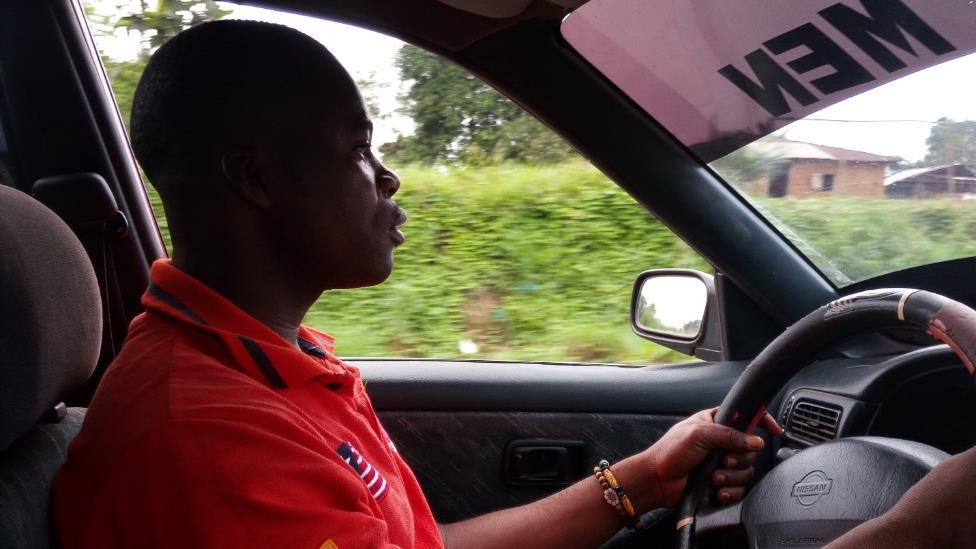 The drivers had placed several roadblocks at different points along the Suakoko Highway in the county to â€œensure that other commercial drivers in the county lived up to the mandate not to run traffic.â€

The drivers were motivated by a need to â€œclaim the attention of President George Weah and the governmentâ€ on the increment in fees for vehicle registration, compulsory insurance, and driverâ€™s license, as well as alleged police harassment and extortion of money from drivers plying the road.

Their termination of the strike followed intervention by Bongâ€™s local leadership, representatives of civil society and the police.

â€œWe met the authorities in a roundtable discussion,â€ Philip Quennah, the head of the drivers, told The Bush Chicken. â€œThey assured us that all our complaints are in place. On Sunday we are having a final meeting with them.â€

Quennah said the local leadership of the county has promised to communicate the driversâ€™ concerns with the national government for redress. During the driversâ€™ protest, this was a familiar scene on the Suakoko Highway. Photo: Moses Bailey.

Varney Brown, one of the spokespersons of the drivers, took to Radio Gbarnga to announce the end of the strike: â€œI am calling unto my drivers so that we can resume immediate traffic as I speak on this media. Let the drivers look up to us to work with the leadership to resolve this problem.â€

During the meeting with government officials, the drivers apologized for failing to share their complaints with the leadership of the county before deciding to halt traffic and stage the roadblocks.

Meanwhile, the spokesperson for the Liberia National Police, Moses Carter, has described the driversâ€™ action to set up roadblocks on the highway as â€œunfair and unacceptable.â€

Appearing on Radio Gbarnga early morning on Thursday, Carter said, â€œIf any motorist or driver thinks or has information of extortion from them by police, there are channels. There are procedures that they can take.â€

He said if drivers have claims against police officers extorting money from them, those drivers should do formal communications, with facts, to the supervisors or the bosses of the officers in the county, instead of instituting roadblocks to disturb the smooth movement of other people.

â€œWe should learn to approach issues in the way that is in the confines of the law,â€ Carter said.

Carter cautioned the public against blocking roads as a means of seeking redress. He drew attention to the Penal Code, which forbids the unlawful establishments of roadblocks that hinder the free movement of people.

He said the police would arrest would be violators of the law and ensure that those people are persecuted in accordance with the law.

The policeâ€™s spokesperson was in Gbarnga as part of a nation-wide consultation tour aimed at â€œdecentralizing the communications department of the Liberia National Police.â€